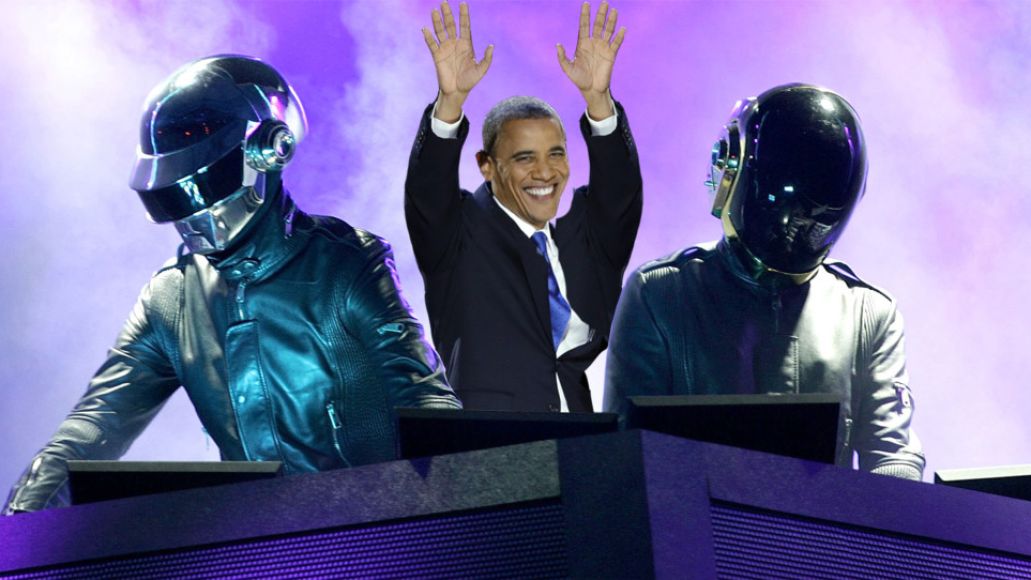 Cover songs are like a virus: you can tell how effective they are by how quickly they spread through a population. In the case of Daft Punk’s “Get Lucky”, it’s the Bubonic plague of revivalist disco anthems. First, Daughter made it all dark and brooding; then Black Simon & Garfunkel had a little folky fun with it; and even Wilco recently gave it a little dad-rock-esque sheen. Now, the track’s infected another with its lusty rhythms: President Barack Obama.

Sadly, Obama didn’t bust in to Congress and serenade everyone (which no doubt would have led to full partisanism and the passing of gay marriage, gun control, and stem cell research in under five minutes). Instead, the folks at the YouTube channel baracksdubs have edited together footage of the Commander-in-Chief singing the summer’s biggest anthem. Even still, ol’ Barry O adds a new level of sophistication to the song, a kind of sagely sensuality that even Pharrell couldn’t hope to achieve. Maybe the President can work an actual cover into his Otis Redding-centric catalog for the White House’s next gala.