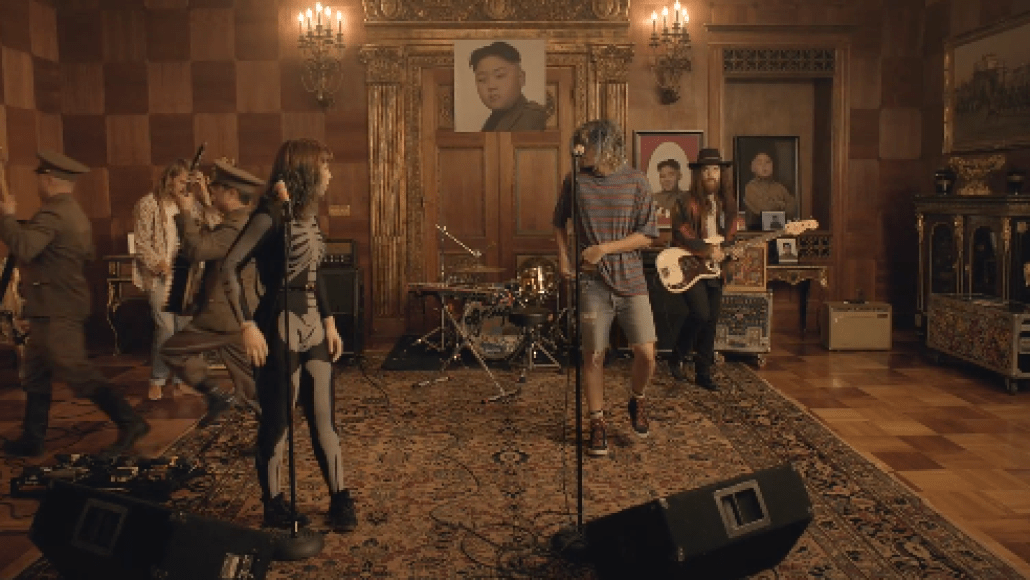 Los Angeles dance-pop act Grouplove have announced the release of their sophomore album, Spreading Rumors, due out September 17th via Canvasback/Atlantic.

They’ve also shared a video for the album’s first single, “Ways To Go”. Musically, the band picks up right where they left off on their 2011 debut Never Trust A Happy Song, crafting a high-energy barn burner marked by fuzzy drum machine beats, a scratchy synth groove, and the oddly alluring boy-girl harmonies of Hannah Hooper and Christian Zucconi. Watch the video below, which features a young Kim Jong-un bringing the power of peace and dance to North Korea.