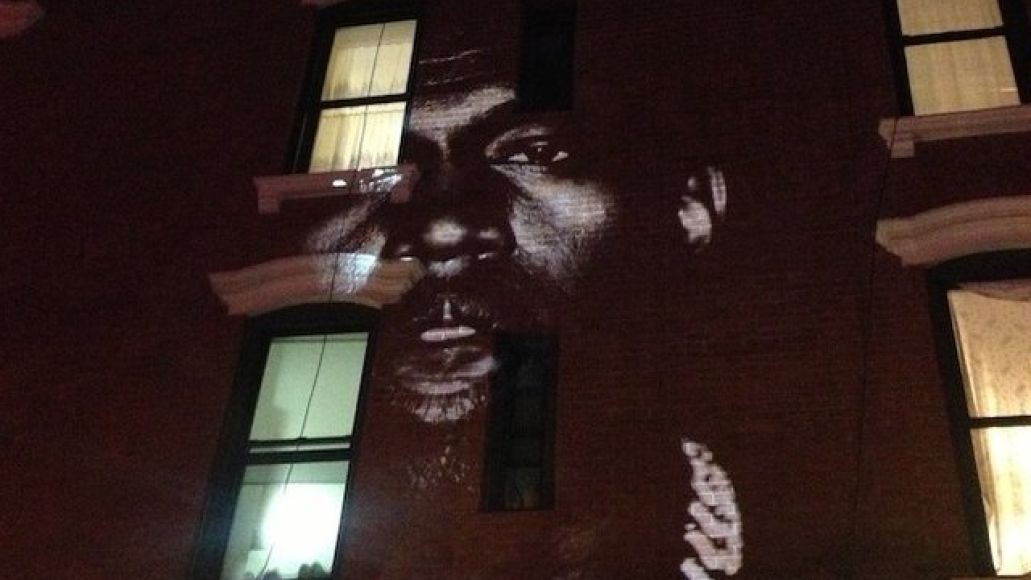 For the final G.O.O.D. Friday before the release of Yeezus, Kanye West has announced a new round of projections, where he promises new music. The first projections are scheduled for tonight in Europe, so stay tuned.

Update: According to a member of Kanye To The, tonight’s projection in The Netherlands included the video for “New Slaves” as well as audio for “On Sight” and “Blood on the Leaves” before police shut it down.

Kanye previously projected “New Slaves” on buildings across the world. Watch a projection on Wrigley Field.

Yeezus arrives June 18th via Def Jam. For more on the album, read our guide to Yeezus.