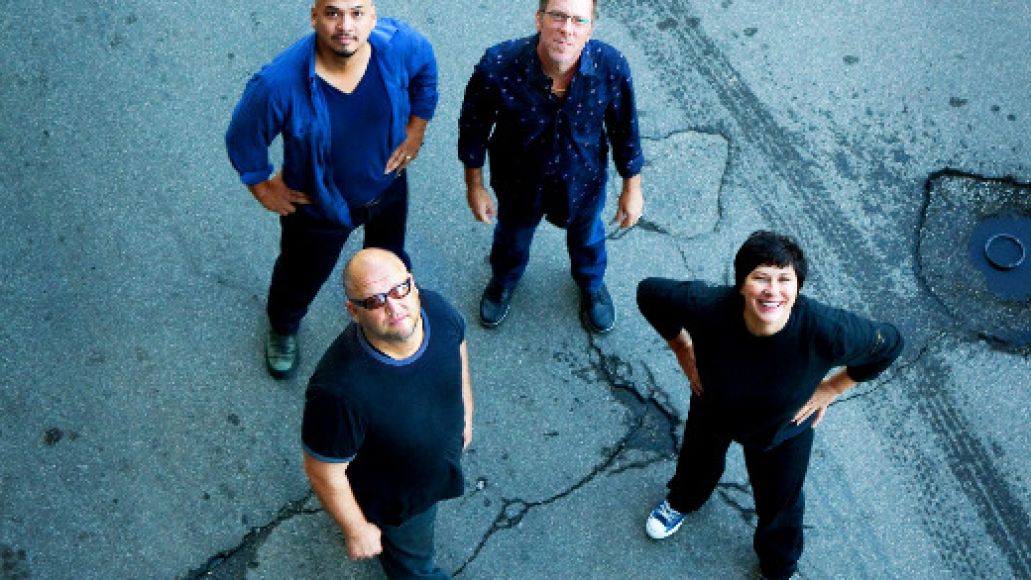 Pixies haven’t performed a show together since November 2011, and though there are rumors of a new studio album, only a career-spanning photo book has been announced for 2013. Yet, today, the band announced the departure of founding member and bassist Kim Deal.

The band said in a statement:

We are sad to say that Kim Deal has decided to leave the Pixies. We are very proud to have worked with her on and off over the last 25 years. Despite her decision to move on, we will always consider her a member of the Pixies, and her place will always be here for her. We wish her all the best.

Deal joined the Pixies in January 1986 after answering an ad in the Boston Phoenix, and adopted the stage name Mrs. John Murphy for the band’s first she releases. She co-wrote and sang lead on “Gigantic”, the lone single from the band’s 1988 album Surfer Rosa, and contributed to the song “Silver” off 1989’s Doolittle. However, tensions between her and primary songwriter Frank Black led to the band’s hiatus in 1990. It was during this time that deal formed The Breeders.

Deal returned to Pixies for 1991’s Trompe le Monde and supporting tour, which included a slot opening for U2. The following year, Frank Black announced the disbandment of the Pixies in favor of his own solo career. Deal, meanwhile, continued on with The Breeders, releasing their seminal album Last Splash in 1993.

In 2004, the Pixies reunited for appearances at Coachella and Austin City Limits. They’ve toured sporadically since then, including a lengthy jaunt celebrating the 20th anniversary of Doolittle.

Deal is currently touring the country with The Breeders, who reunited to celebrate the 20th anniversary of Last Splash.