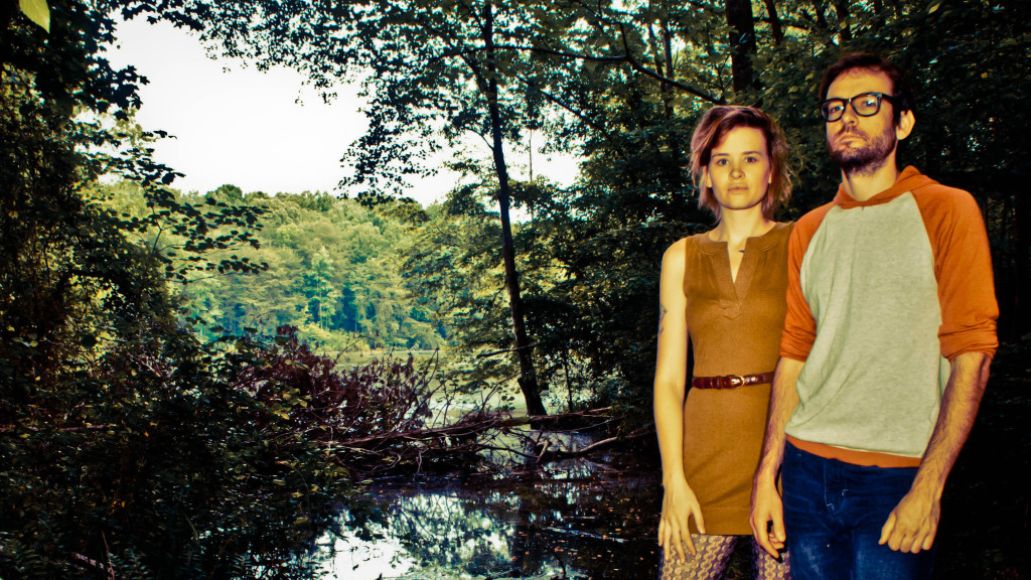 In the grand tradition of Mates of State and Yo La Tengo, North Carolina’s Eros and the Eschaton are a couple who also happen to be a band. Kate Perdoni and Adam Hawkins met while playing with separate bands in Omaha, NE, fell in love, had a kid, and then finally decided to form the band. After buying a motorhome and touring through 18 states, they broke down outside of Greensboro, where they rented a house and recorded their full-length debut, Home Address For Civil War, due out August 13th via Bar/None.

For a taste of what the duo’s collaborative efforts can yield (aside from a human being), they’ve released lead single “Heaven Inside”. Despite only being two people, the lovebirds deliver a vibrant outpouring of shoegaze, taking the ceaseless drive of drums and layering on to it boy-girl harmonies and hazy guitar effects. But even amid that chaos, the vocal interplay betweenn Perdoni and Hawkins really draws the ear, an alluring mixture of their voices that sounds as much as they are singing at an audience as they are serenading one another.

Listen to Eros and the Eschaton's new single, "Heaven Inside"