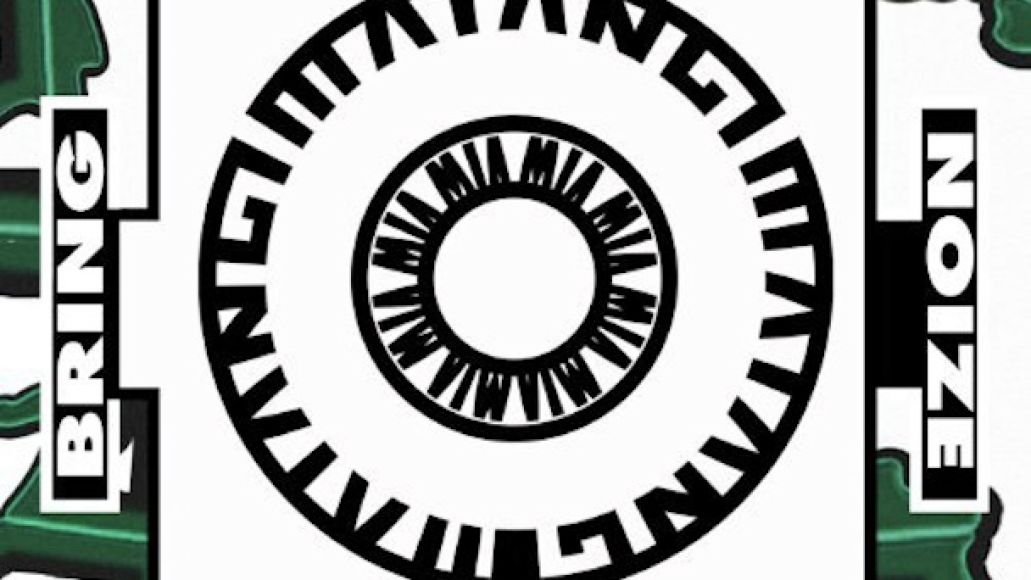 M.I.A. should stand for Monday Is Alright: As promised, Ms. Maya debuted her new single, “Bring the Noize”, on Zane Lowe’s BBC Radio 1 show this afternoon. Take a listen to the hyper-glitchy, politically-charged banger below.

Speaking to Lowe, M.I.A. said the song’s release comes at an appropriate time in America’s history. “Having to deal with the concept of freedom in more ways than one, and I’ve been in America since September with all the numbers of front pages, now is a good time to release it,” she explained, no doubt alluding to Bradley Manning, Edward Snowden, and recent revelations of the country’s intelligence efforts. She added, “Conceptually, it’s everything, everywhere. People anywhere can listen to it.”

Presumably, “Bring the Noize” is taken from her long-in-the-works fourth studio album, Matangi, due out later this year. She told Lowe that she’s had difficulties finishing the album, and it’s likely that Matangi will be her last full-length effort. “It’s just one of those things where I’ve given up at this point. I was literally going to start putting out records from my bedroom. This was my last stab at it– I’m going to hand it in and wait for it to go out the way albums go out. If I didn’t get it out right now, I would’ve definitely exploded.”

In an interview with The Gold Coast Bulletin earlier this year (via Rolling Stone), M.I.A. said label executives rejected her initial recordings for Matangi, asking her to “darken it up a bit.” She added, “It’s like, ‘We just built you up as the public enemy No. 1 and now you’re coming out with all this positive stuff.'”