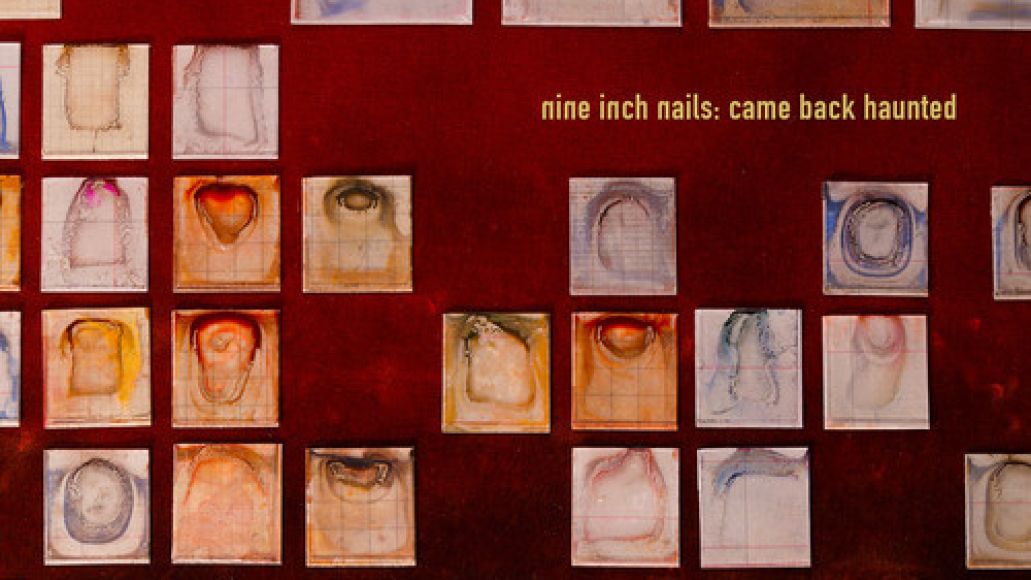 It’s the Holy Grail of music news for fans of Nine Inch Nails. Not only has the band announced details of their new album, Hesitation Marks, but now Seattle radio station 107.7 The End has premiered the first single, “Came Back Haunted”. Take a listen to the replay at Antiquiet.

Looks like we’ll be trusting Lisa Worden’s word from here on out. “Came Back Haunted” sounds exactly as its title indicates. It’s classic Nine Inch Nails, and Reznor’s as jagged as the edge that shaped him. Earlier in, when he moans, “I’ve got something you have to see,” it’s as if he’s speaking to the millions of fans that have waited patiently at the stage he left years ago.

Hesitation Marks arrives September 3rd via Columbia. Fans who pre-order the album on iTunes will instantly receive a download of “Came Back Haunted”.