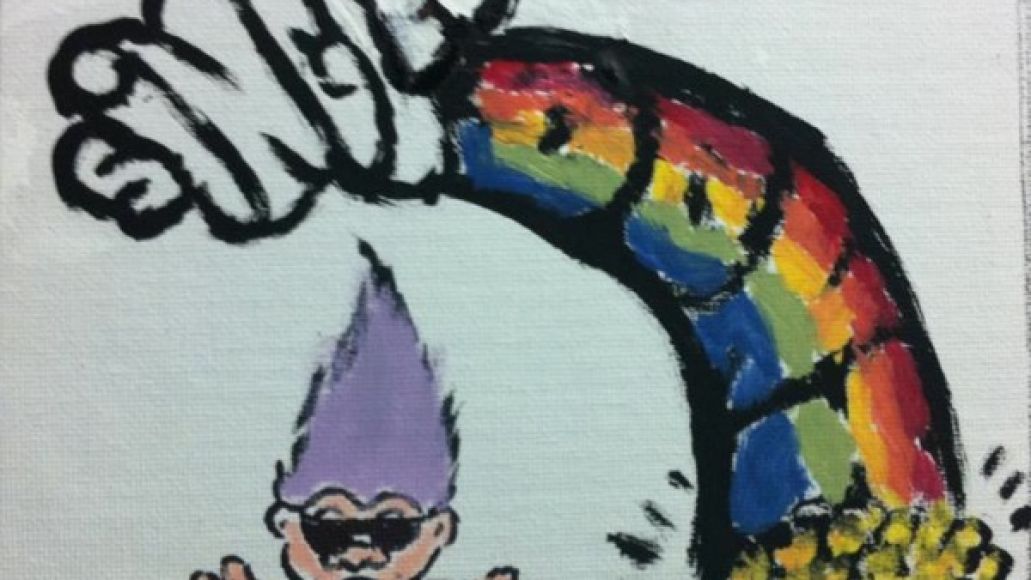 It’s no big secret that it’s hard to make a buck as an up-and-coming band these days. Yeah, industry-wide digital song download sales are at record highs, but for the newbies, singles just don’t sell.

That’s the sentiment which Toronto punk quartet Teenanger is touting on their new LP, Singles Don’t $ell. The title track gets right to the point: “Singles don’t sell, yeah that’s a shame.” Still, that’s not stopping the band from putting their all into the song. Even if you can’t quite understand what lead singer Chris Swimmings is saying (though you can plainly hear the snotty sneer), the spacey whine of the guitars and bop of the drums will get those hips shaking and that hair flailing.

Singles Don’t $ell is due out on the band’s own Telephone Explosion label in their home country and on South Paw in the States. We should note that the above “album art” may not actually make it onto the record; it’s just something the band posted on Facebook and we thought it was cheeky. Keep an eye out for the official art and release date, as well as Rock it Out! Blog’s upcoming #AreaCode feature on Teenanger.