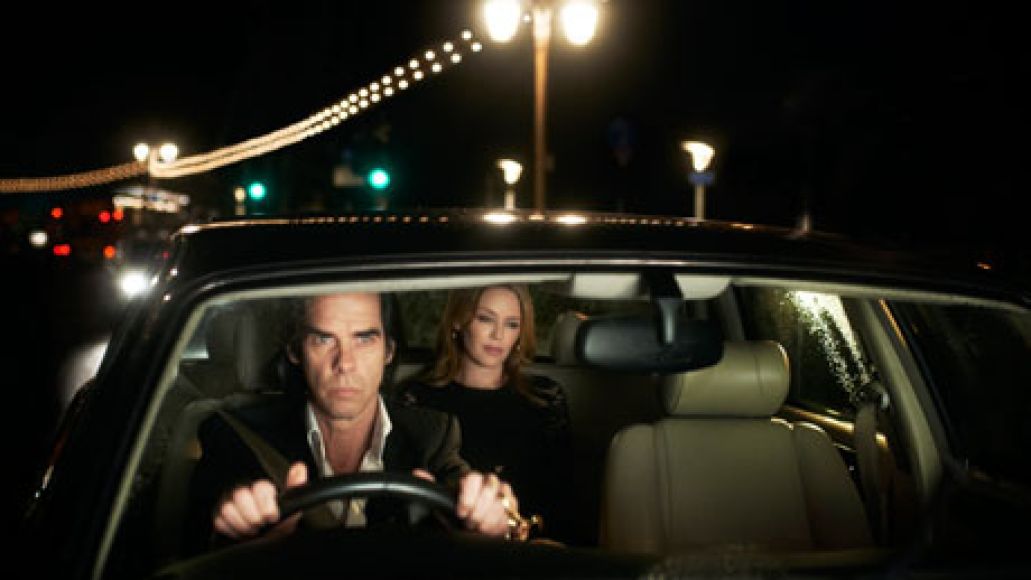 Hey, Nick Cave’s doing something weird again, folks. According to The Guardian, the acclaimed singer-songwriter will be the main focus of a slightly fictional documentary entitled 20,000 Days on Earth.

Filmmakers and past Cave collaborators Iain Forsyth and Jane Pollard helm the project which focuses on exactly what the title suggests: his 20,000th day on Earth. The two pulled the idea from an unused lyric written in Cave’s songwriting book prior to his sessions behind the Top Star-earning Push the Sky Away.

For the day in question, Forsyth and Pollard devised a number of improvisational situations for Cave, specifically: “writing in his office, having lunch with his main songwriting collaborator Warren Ellis, and visiting the Nick Cave Archive, which exists – alongside those of Barry Humphries and Dame Nelly Melba – at the Melbourne Arts Centre, but was shipped to Brighton for filming.”

Cave’s pals Kylie Minogue and actor Ray Winstone also star, or appear, or whatever you want to call it. As Pitchfork aptly points out, the film’s very similar in style to Leos Carax’s 2012 experimental film, Holy Motors, which oddly enough also featured Minogue.

“I really like the idea behind the documentary, even though some of the scenes are kind of terrifying,” Cave explains. “There’s a lovely balance between what’s set up and what’s ad-libbed. Scenarios are set up and then allowed to run in a free, unrehearsed way. There’s something about the way they go about things, you don’t really notice the cameras.”

Nick Cave's 20,000th day on Earth is the subject of new documentary