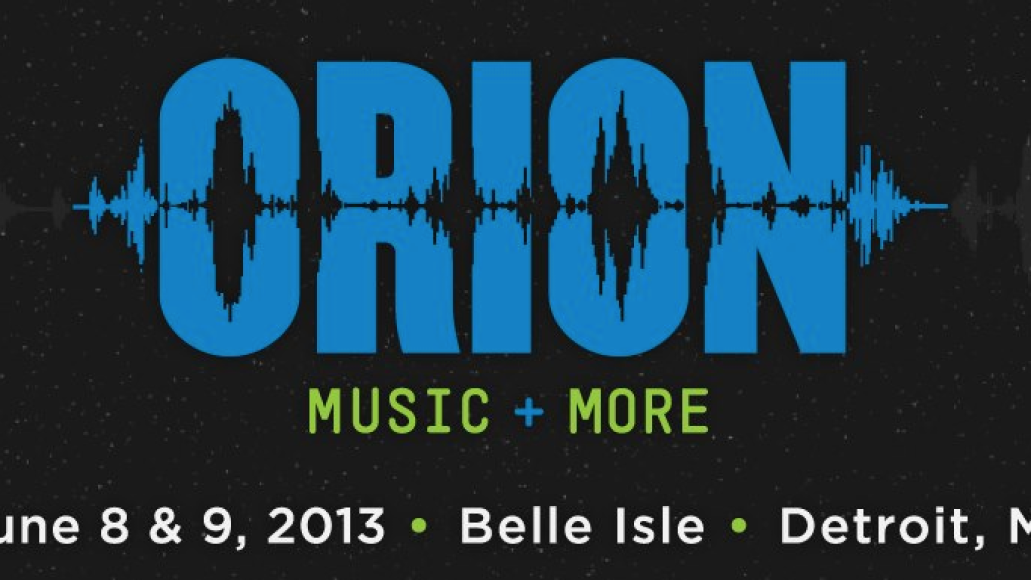 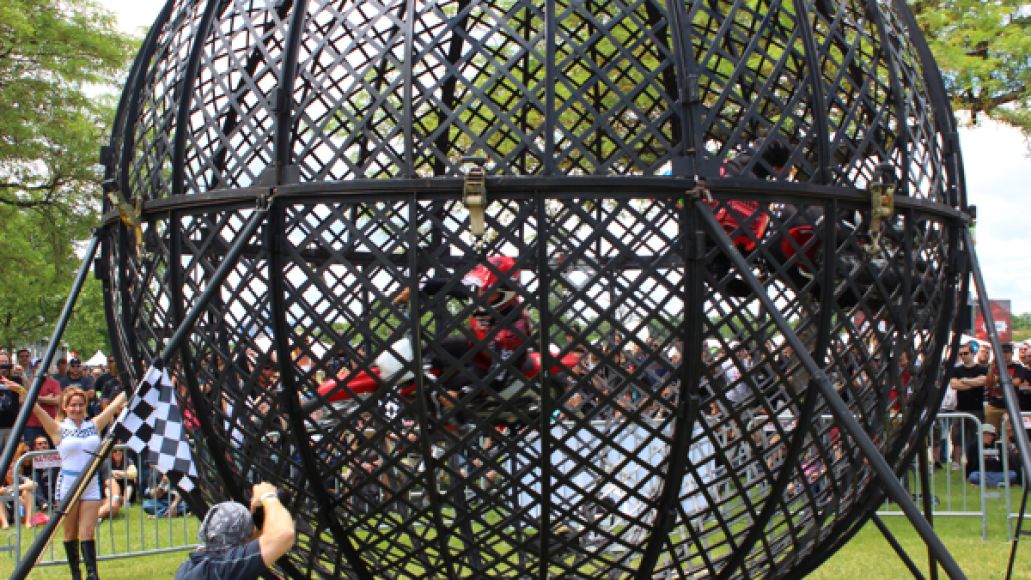 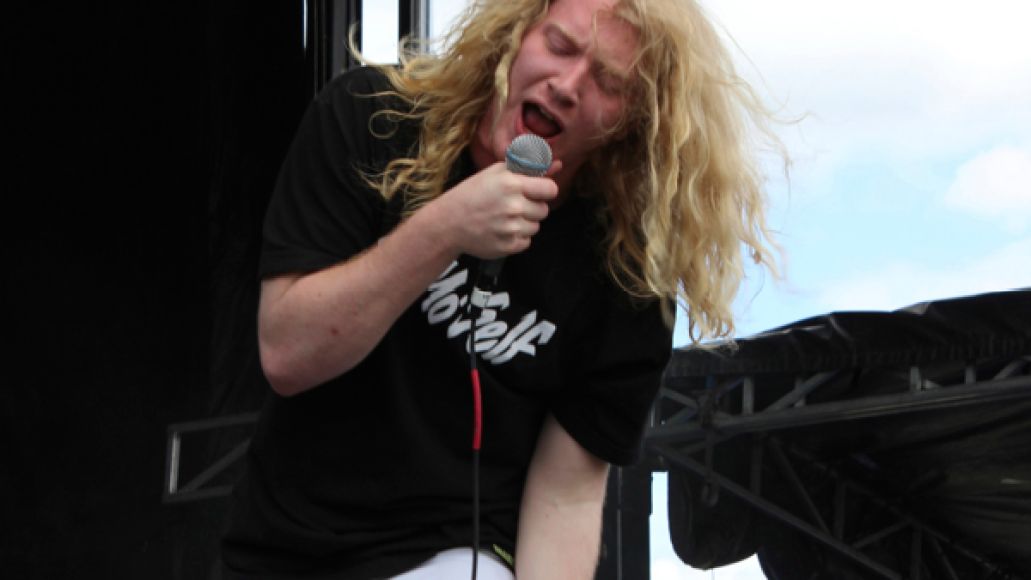 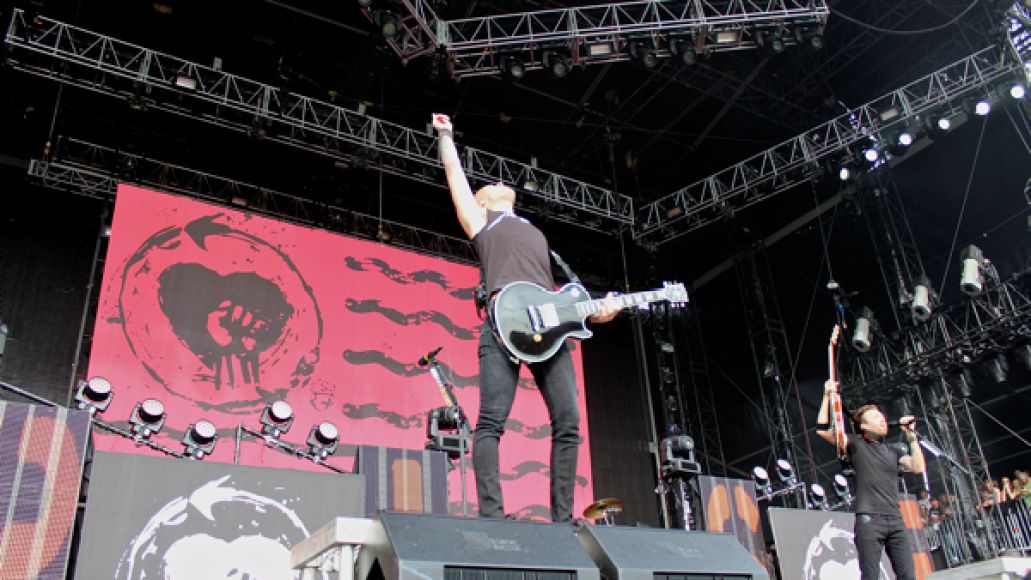 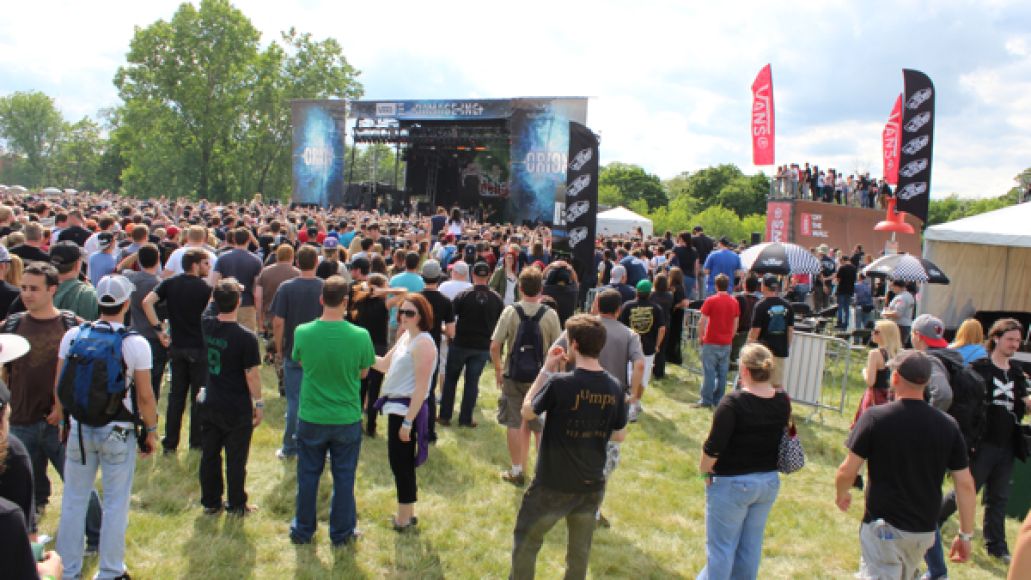 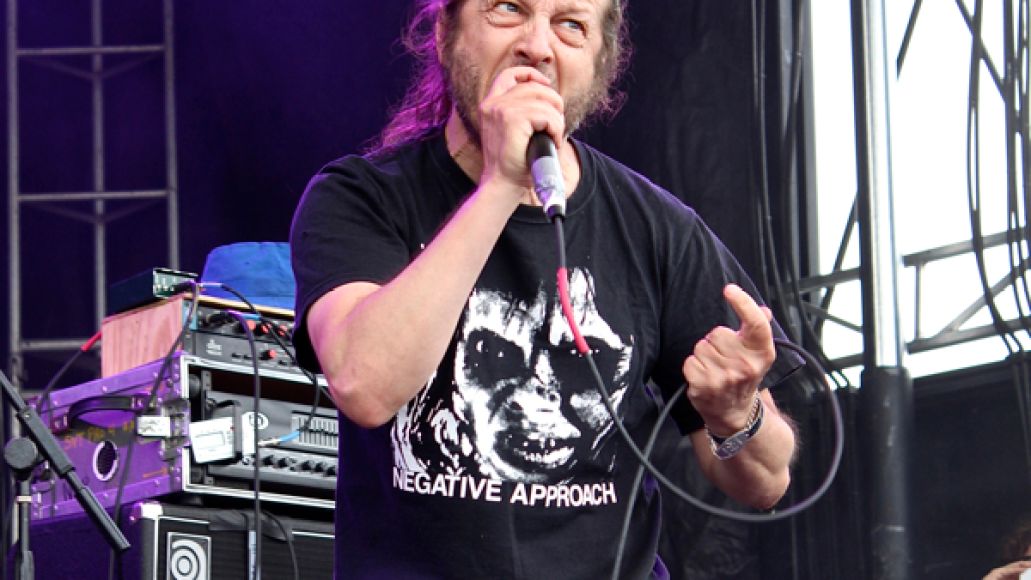 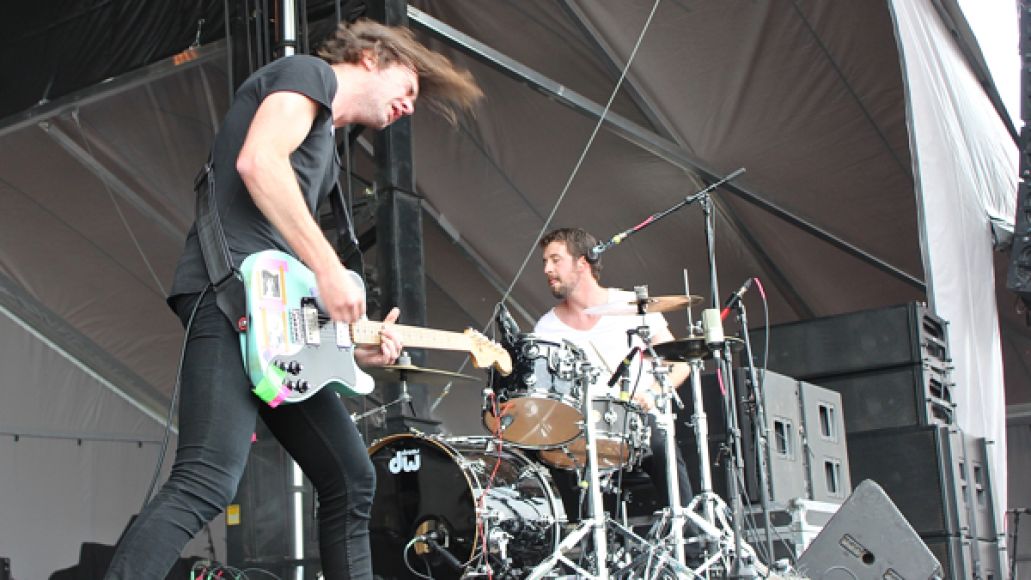 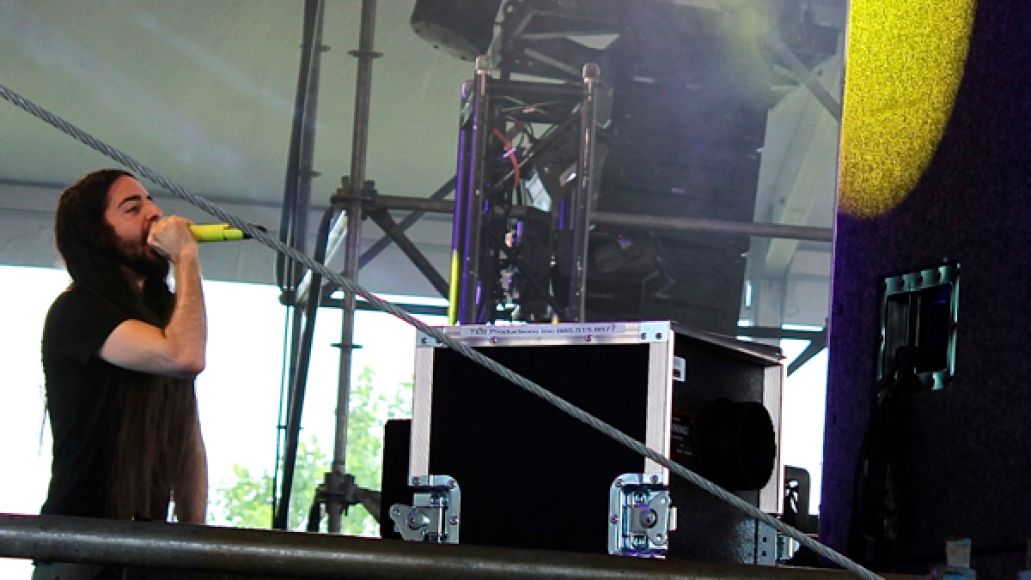 The Sanitarium stage was Orion what Perry’s Tent is to Lollapalooza: an all EDM dance party. Headliner on the stage for day one was DJ super artist Bassnectar. EDM seems like a weird inclusion at a predominately metal festival, but the stage was packed from the first bass drop to the last. It seems that not even metal fans can scare away furry boots and hula-hoop girls. Metal fans looked on with curiosity while Bassnectar, aka Lorin Ashton, shook Belle Isle with his beats and rapid fans. Standing in front of the speakers your body and head rattled to a nearly unbearable extent. How these kids did it all day, I’ll never know. Ashton put on a great show of lights, dance beats, heavy metal mixes, and more. Something for everyone. Even the security guards were getting down has hard as the fans. 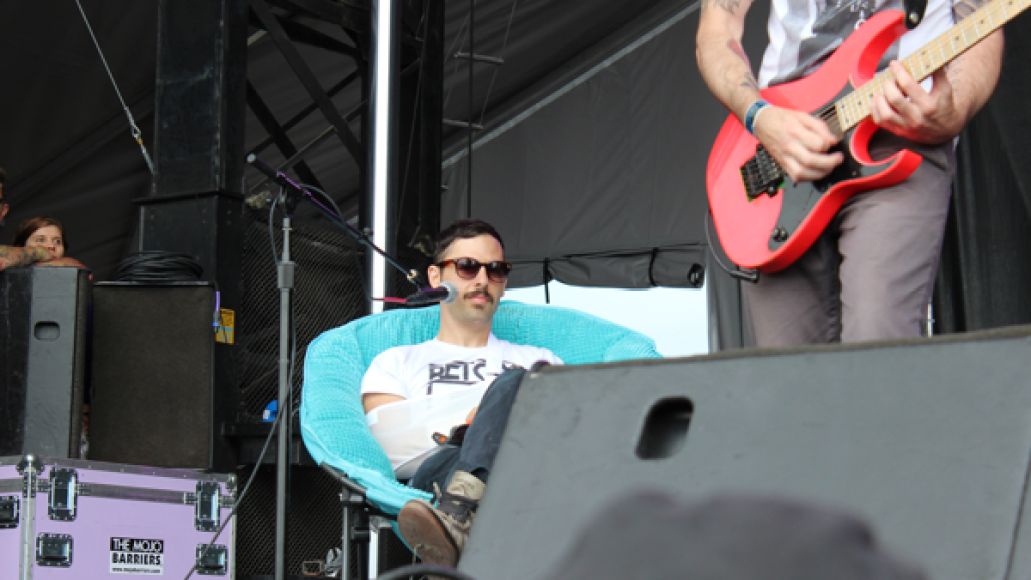 Going into the photo pit for Dillinger Escape Plan we were warned that “these guys like to jump around a lot” and that we needed to be careful. Saying they “jump around a lot” is kind of an understatement, as most fans know, but their early set on the Fuel stage was pretty tame comparatively. Perhaps because guitarist Ben Weinman wasn’t playing due to a broken hand. He did join the band onstage, though; sitting to the side in a chair reading a magazine and giving each song a score on how much he liked it. Once described as “the world’s most dangerous band”, DEP kept things somewhat calm during their set. Not even so much as jumping into the crowd. All well. At least all the photographers were safe.

How loud? You need new speakers.