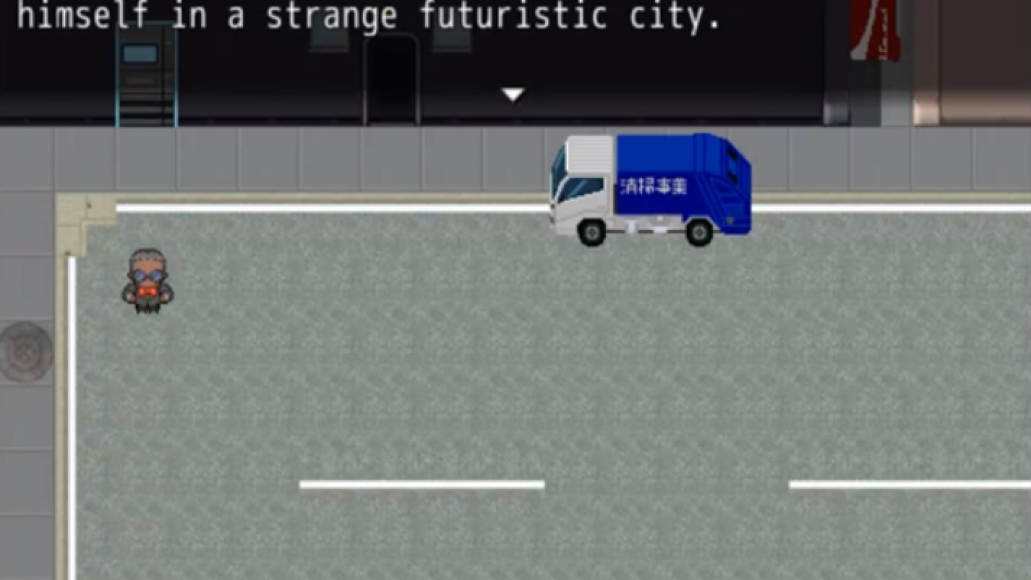 If the Joy Division video game already has you crying into a pillow, then get ready to make room on the old hard drive for a JRPG (that’s Japanese role-playing game) starring a man who knows a thing or two about playing roles: Kanye West. If you listen closely, you can hear our own Alex Young scrambling to his computer (via Kotaku).

Kanye Quest 3030 is a “hip-hop-themed science-fiction 2D roleplaying game”. According to the developers, the story begins in January 2010 when West is “taking the garbage out one day, (and) he suddenly travels through a wormhole. Emerging on the other side, Kanye finds himself in the year 3030. In a dystopian city filled with clones of hip-hop musicians and under the control of a god-like dictator, can Kanye get back home?” The least believable part thus far? Taking out the garbage.

Those aforementioned clones include those of Tupac, Lil B, Dan the Automator, Snoop Lion, and other hip-hop heavyweights, all of whom Kanye must battle in Pokemon-esque, turn-based throwdowns. And if futuristic rap beefs weren’t enough, Kanye’s also got to handle infiltrating clone labs, overcoming laser barriers, and a population who thinks saying “Swag” is alright. Hopefully Kim can join your party and deliver 5,000 damage with her spiked Cavallis.

Watch the game trailer below, followed by some more game footage. To get your quest started, download the alpha version here.