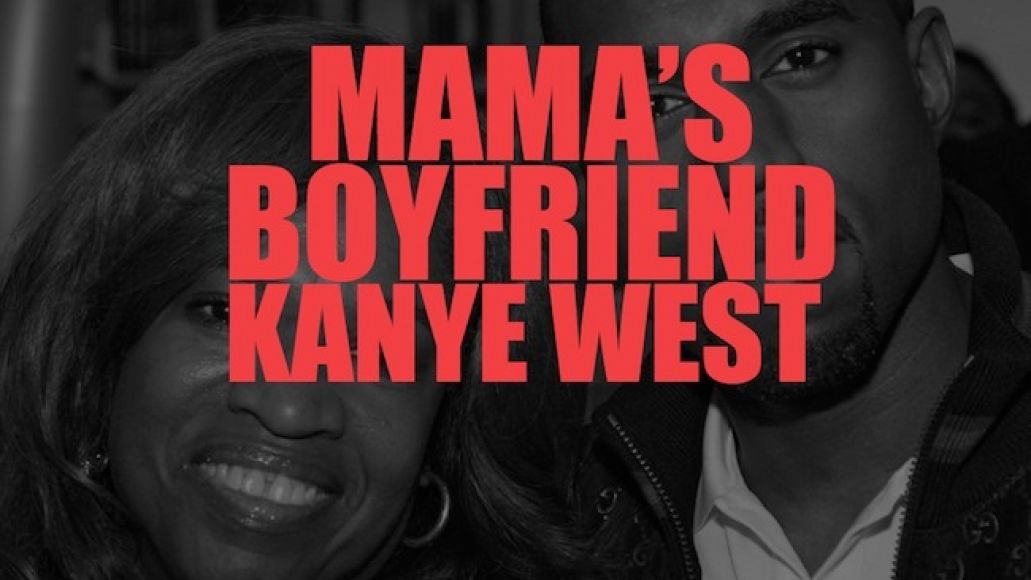 As Michael Roffman outlined earlier this month in our feature on the Best Hoaxes in Music, Kanye West’s “Mama Boyfriend” was one of the first tracks previewed prior to the release of My Beautiful Dark Twisted Fantasy. As the story goes, Kanye debuted the song a capella during a visit to Facebook’s headquarters, but ultimately chose to leave it off the final tracklist for MBDTF. Seven months later, the track appeared to leak onto the Internet, but was ultimately deemed to be an elaborate hoax created by a Kanye West impersonator.

But now, in a rather coincidental turn of events, “Mama’s Boyfriend” is back in the spotlight after an actual, real-life version of the song was played by producer Q-Tip. During a recent lecture hosted by Red Bull Music Academy, Q-Tip explained that several versions of the track were recorded, including one with Soulja Boy, before airing a 90-second snippet of the version he recorded with Kanye. It samples Billy Joel’s “Moving Out”.

Watch Q-Tip discuss the song and play the snippet beginning at the 1:36:00 mark in the video below (via DDotOmen).