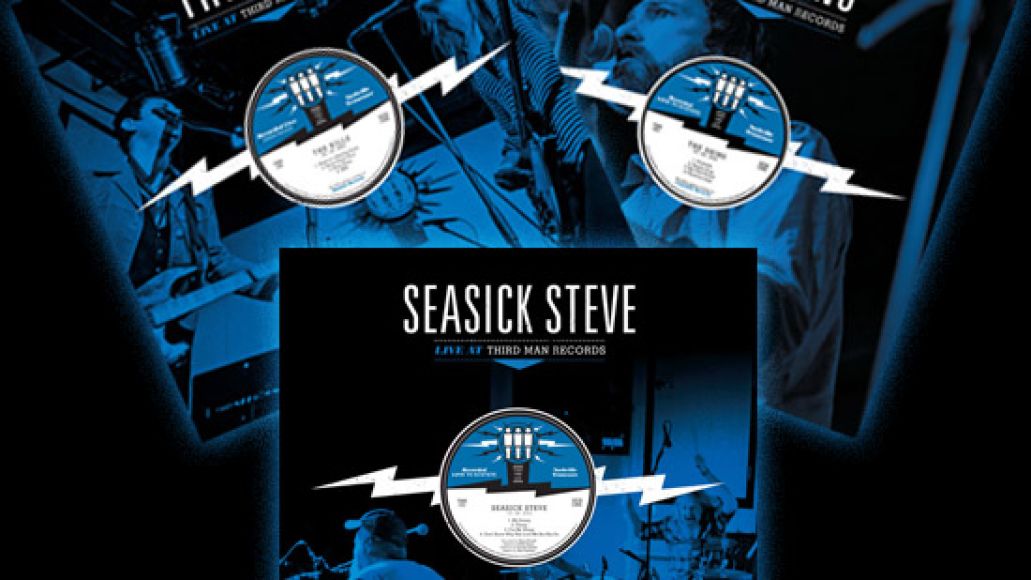 On June 25th, Jack White’s Third Man Records will release live albums from The Shins, The Kills, and Seasick Steve, all of which were recorded direct-to-acetate at Third Man Records’ Blue Room in Nashville, TN.

Without overdubs or editing, all three records were recorded at the Third Man Blue Room last October, mixed in real time on a Rupert Neve 5008 console by Grammy Award winning engineer Vance Powell, and instantly cut to vinyl by master cutter George Ingram using a 1953 Scully Lathe that previously churned out masters for Cincinnati’s legendary King Records (the story goes that James Brown’s It’s A Man’s World was cut on this lathe among many more great sides).

Third Man is the only live venue in the world that currently offers such a process.

The live albums, available individually or as a bundle, can be purchased through Third Man’s website. Watch a trailer for the albums, including footage from Seasick Steve’s performance, below.

The Shins, The Kills to release live albums through Third Man Records