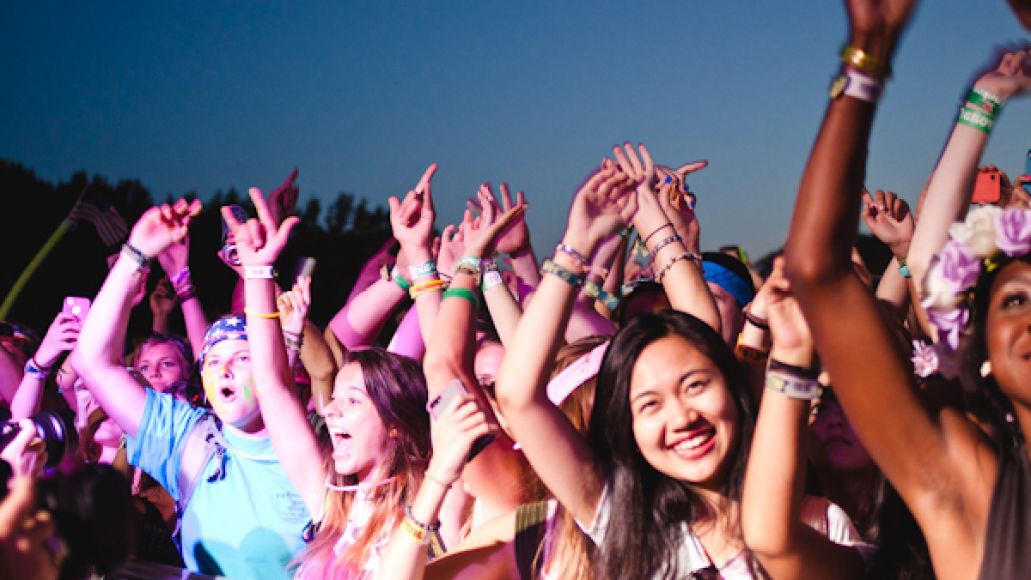 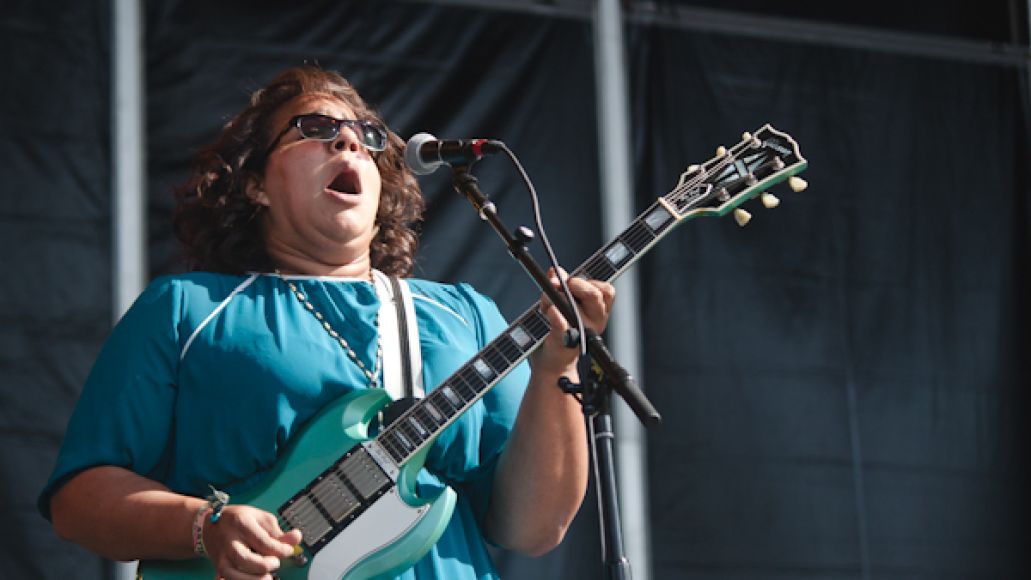 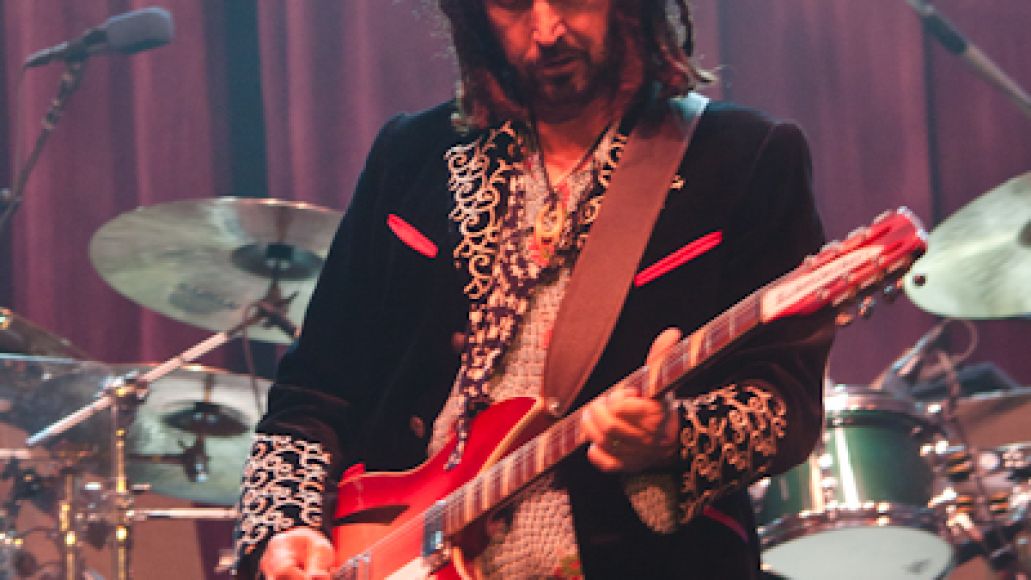 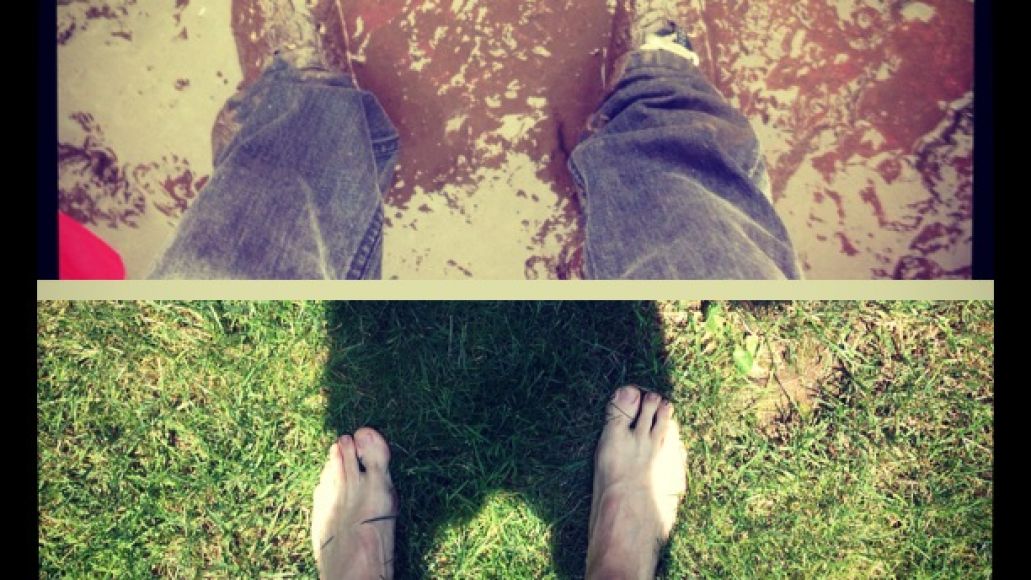 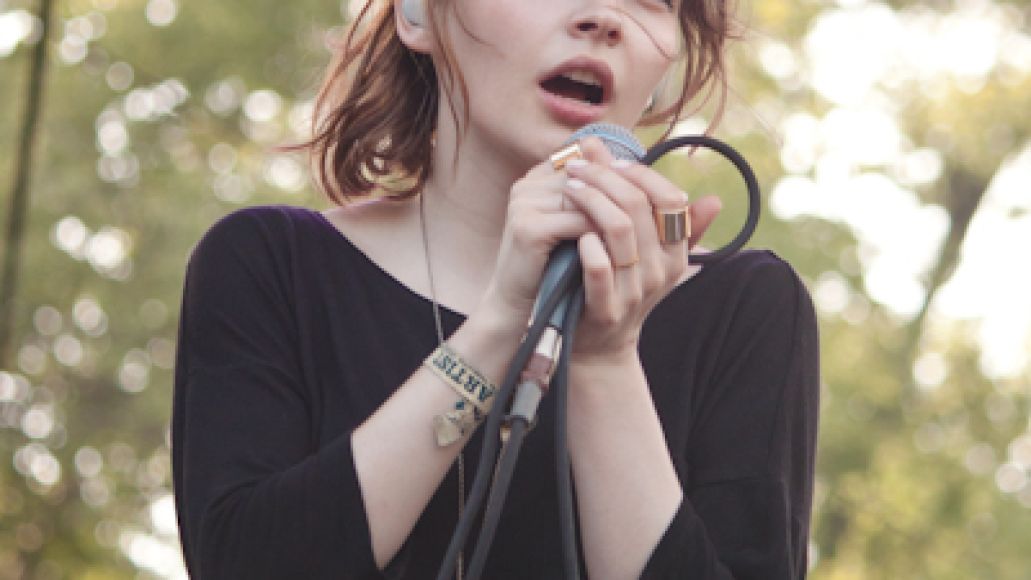 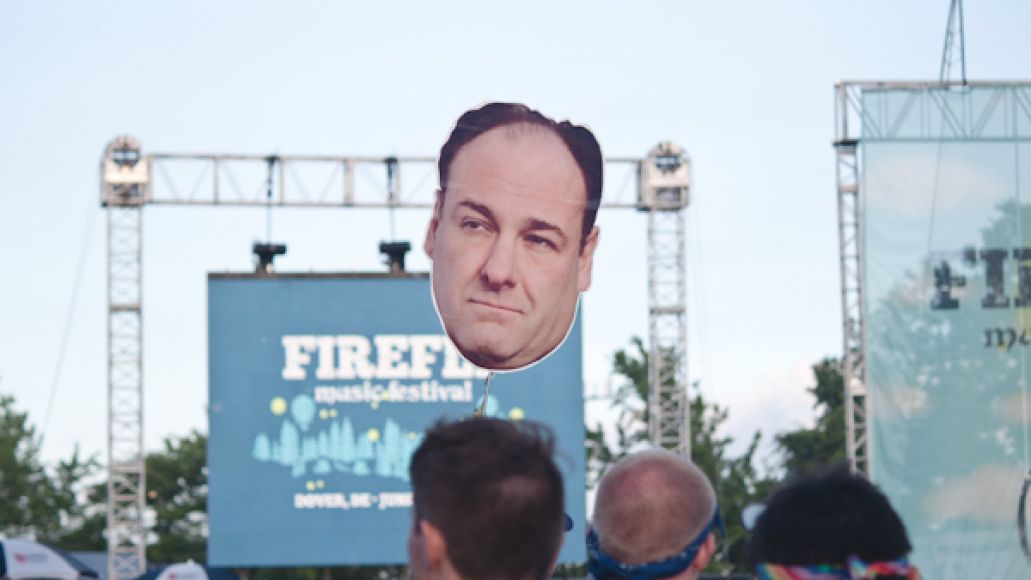 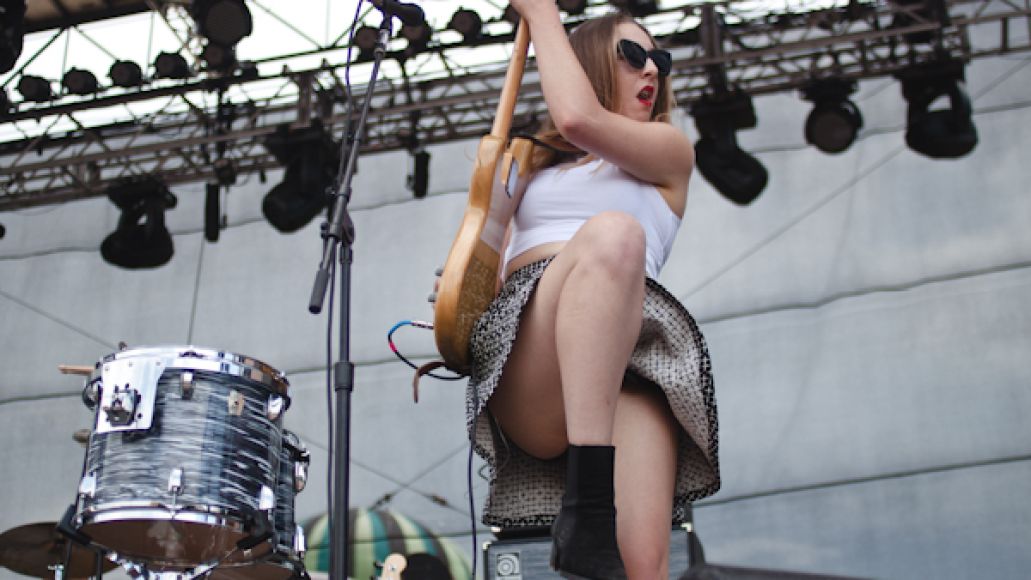 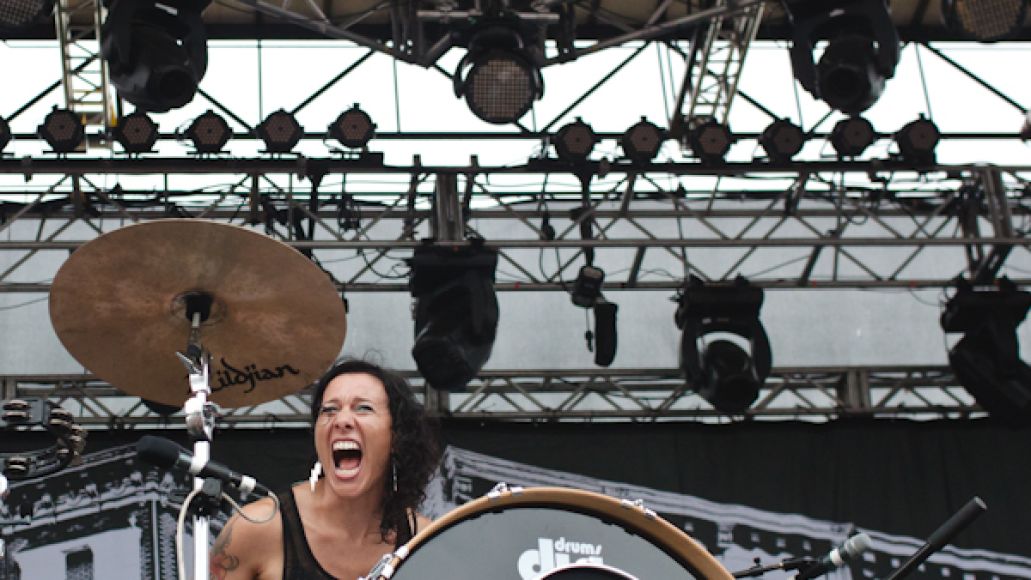 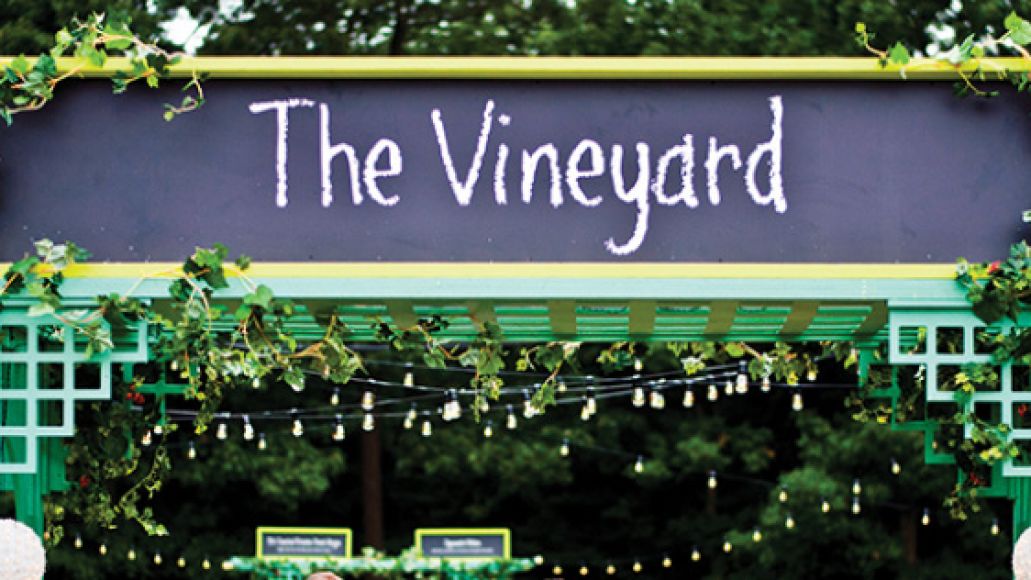 In contrast to the often-overcrowded Brewery, The Winery was sparsely populated all weekend. It was a choice high-class retreat, and a unique way to kill some time in between sets. Complete with real vines curling their way in and out of the many vendor booths, a wide array of shades and flavors of wine were ripe for the drinking. A scrumptious fruit and cheese plate was also a bargain (in festival terms) at $10, and perfectly paired your beverage with four different kinds of cheese and a tangy apricot jelly. 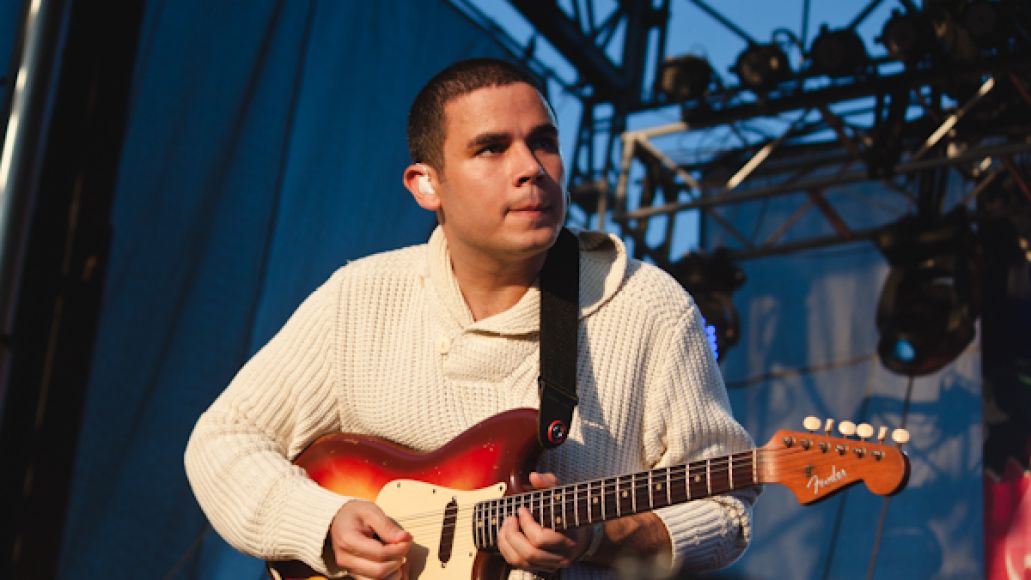 The moments of torrential downpours on Sunday succeeded in creating a sauna-like effect throughout the festival grounds. 15 minutes standing out in the bright sunlight and thick humidity left everyone looking like they had just jumped into a swimming pool. Walking on stage wearing an impossibly thick beige knitted sweater, the heat was apparently of no concern to Vampire Weekend’s Rostam Batmanglij. Thankfully, the sun went down behind the trees about halfway through his band’s almost-headlining set at The Lawn Stage. Ezra Koenig & co. treated the massive crowd to an all-killer-no-filler set that touched almost equally on all three VW releases. Their self-titled 2008 LP perhaps got the most love, but it was Contra single “Cousins” that prompted a lovely lady in the front row to toss her pink and black bra up to the frontman. I seriously doubt Tom Petty gets that kind of treatment.

A giant ornate mirror hung against a floral backdrop behind drummer Chris Tomson, and intermittently flashed various images like the chandelier from the cover of their first album, to a headshot of a powdered wig-wearing gentleman. New single “Diane Young” was easily a highlight of the set, if only for the “baby, baby, baby, baby” chorus, which unleashed 40,000 drunk, preppy Roy Orbisons onto a massive singalong. Only the festival schedule-makers can answer how in the hell Foster the People managed to get higher billing than Vampire Weekend. But as soon as the staccato piano line of epic set closer “Walcott” rang out across Dover, it was clear at least from the audience that this was the climax of Sunday.