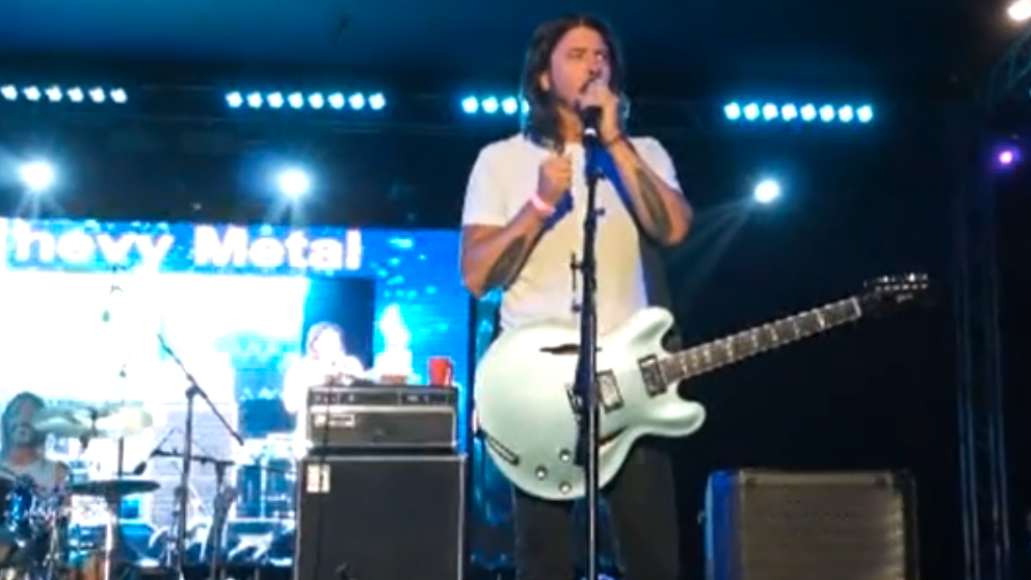 Chevy Metal, the side-project/cover band of Foo Fighters’ Taylor Hawkins and Chris Shiflett, performed at the Costa Mesa Fairgrounds last night as part of the city’s 60th anniversary celebration. They were joined by their Foo Fighters bandmate Dave Grohl, who sang vocals and played guitar on covers of Van Halen’s “Panama”, The Rolling Stones’ “Miss You”, and The Knacks’ “My Sharona”, among other songs, according to Daily Pilot. Below, watch Grohl and Chevy Metal cover Queen’s “Under Pressure”.

In related news, Hawkins recently told Billboard that Foo Fighters have begun work on a new studio album, the follow-up to 2011’s Top Star-earning Wasting Light. “We’re getting our ideas together. Dave (Grohl) has his brain working overtime, like usual, and he’s got a lot of great ideas, both musically and conceptually — none that I can speak of at this moment, but it’s gonna be great. It’s gonna be cool,” Hawkins said to Billboard.