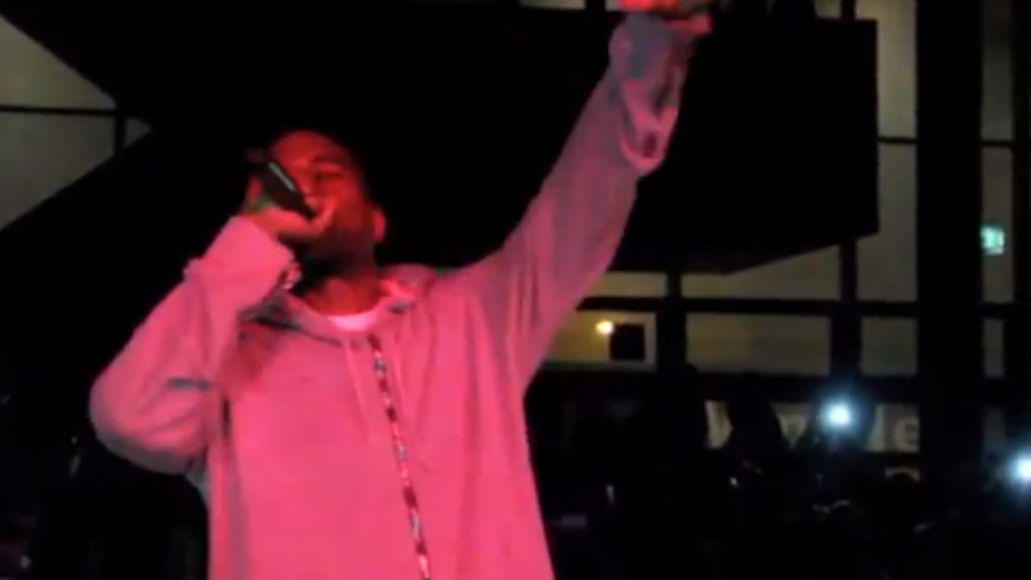 This evening, Kanye West held a listening party for his new album Yeezus in Basel, Switzerland. Watch footage from the event below (via Kanye To The), including Kanye’s a capella performance of “New Slaves”. He also introduced the song “On Sight” as one of his collaborations with Daft Punk.

Yeezus arrives June 18th via Def Jam. And based on the last 72 hours, expect plenty more Kanye West-related news stories between now and then. #pleaseprayforoursanity