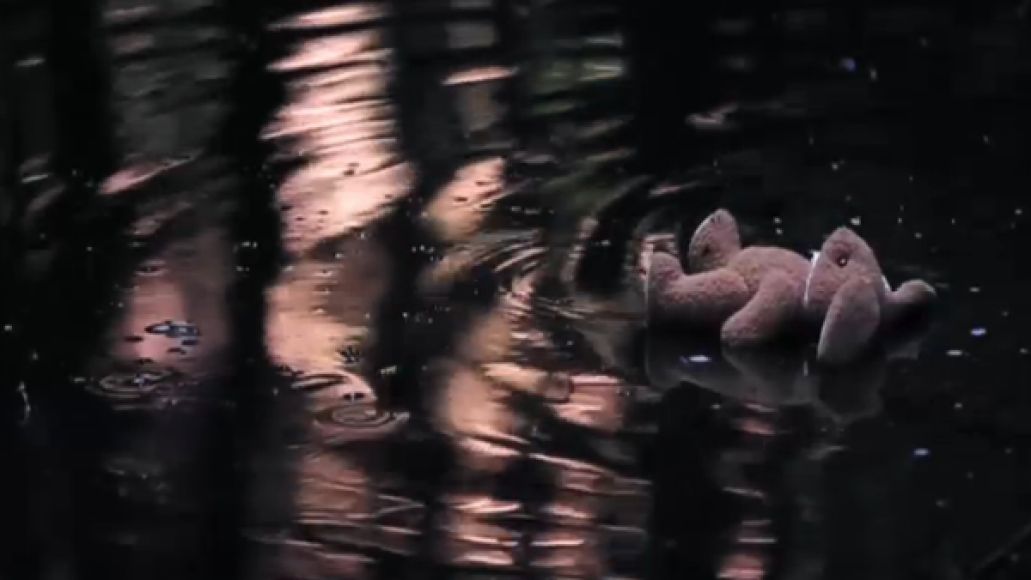 Leave it to Majical Cloudz to release the most depressing video ever made. Directed by possible sadist Gordon von Steiner, “Bugs Don’t Buzz” screams at the viewer like an independent student film, where it’s less about any cohesive storyline and more focused on a general idea or a theme. The theme for this, however, is strictly death and abandonment. There’s nothing positive about the images in this video; from the insects taking over an abandoned dollhouse to a bunny plush floating in muck to various shots of humans covered in slime, it’s a fucking depressing wash.

I wrote a short treatment that described some of the shots that we eventually used in the video. Specifically the image of the bugs crawling around in miniature sets was something that I thought could be really cool. The scale of the sets allows the camera to depict the bugs in a completely non-human world. The rest of the imagery followed from the original concept of trying to remove humanity from the video’s frame of reference. [Director] Gordon [von Steiner] ran with that concept and developed all of these amazingly alien scenes. Together, I think we hope it paints a picture that is abstract but clear in its emotional intentions.”

So, if you were recently dumped, grieving over the loss of Tony Soprano, and/or feeling cynical about the Stanley Cup or the NBA Finals — here’s your miserable prescription. Catch it below at your own risk.

“Bugs Don’t Buzz” is off of Majical Cloudz latest album, Impersonator, out now via Matador.

Watch our recent in-store session and interview with the band: