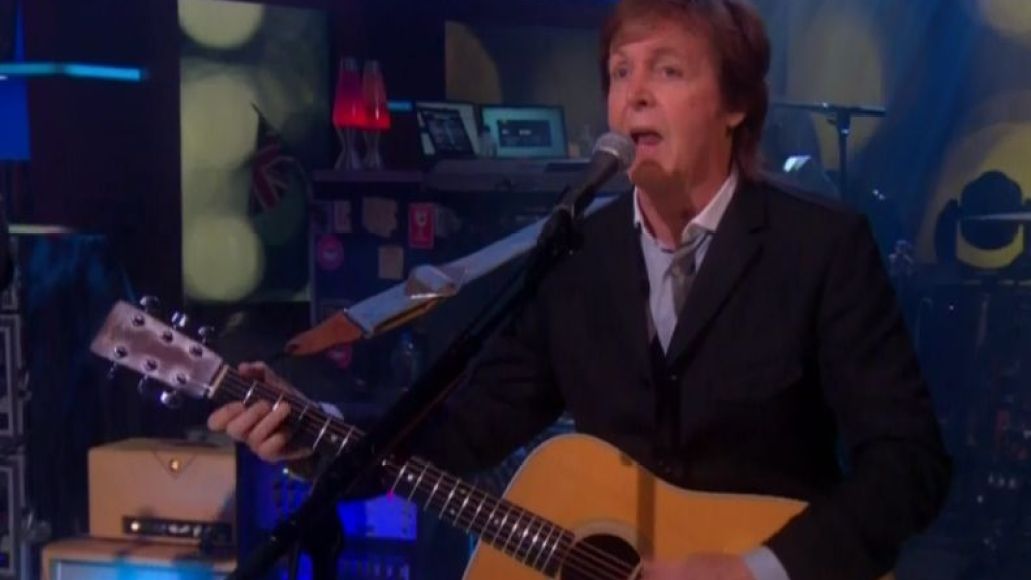 Paul McCartney had some time to kill in between Monday’s epic performance at Barclays Center and Friday’s sure-to-be-epic headlining set at Bonnaroo. So, he made his way over to the studios of Comedy Central, where he was undoubtedly disappointed to discover Jon Stewart away from the office filming a movie. Fortunately, Colbert’s still in town, and welcomed Macca for an extended-hour long edition of The Colbert Report.

Following a brief conversation with Colbert, which delved into the early days of Wings and their new reissue of Wings Over America, The Beatles’ evolution from pop heartthrobs to psych-rock geniuses, and the rational behind Paul, John, George, and Ringo’s decision to stop touring (basically, they couldn’t hear themselves play live due to all the screaming), Macca joined his longtime backing band for a five-song performance. The setlist included The Beatles’ “I’ve Just Seen a Face”, “Being for the Benefit of Mr. Kite!”, and “Lady Madonna”, along with Wings’ “Hi, Hi, Hi” and “Listen To What the Man Said”.

Replay the full episode at Colbert’s website, or via Hulu below.