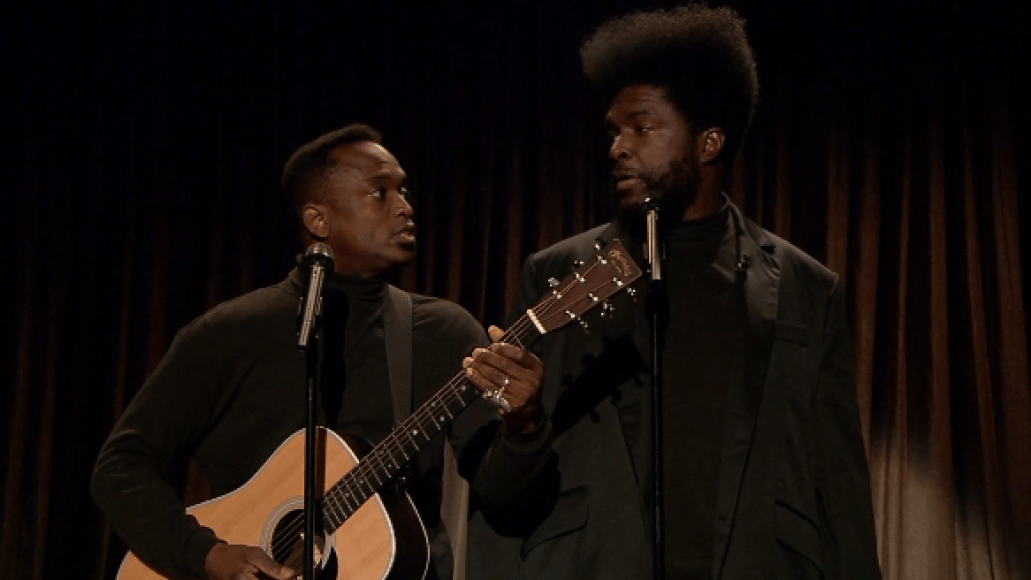 Every week, Jimmy Fallon dips into his Suggestion Box and fulfills the wish or whim of audience members (past instances have included neck tattoos and a game of “Two Truths and A Lie” with Questlove). But perhaps there’s no better example of the box’s inherent hilarity than two of this week’s gems: The Roots covering Daft Punk’s “Get Lucky” and frontman Black Thought rapping over the Mario theme. And that’s why Fallon’s getting the Tonight Show gig, folks.

The cover comes to us courtesy of Black Simon & Garfunkel (that’d be Questlove and “Captain” Kirk Douglas), who somehow manage to merge the original’s funky sex drive with their stereo-typically quaint and folksy vibe. Sure, the inherent concept’s worth a giggle or six, but damn if it didn’t have us wishing for a full-length version of the cover.

And spitting like he just ate a Fire Flower, Black Thought makes the iconic 8-bit theme sound decidedly thuggish, dropping lines like “But who knew in the future/ He’d be killing Goombas/ And scooping Princess Peach from the King of the Koopas.” Although, as a nerdy side note, Mario was saving Pauline from Donkey Kong, not Daisy, Black Thought.