So much of pop music hobbles by on repetition. There’s always That Hook, or seldom Those Hooks, and it’s how they’re employed and at what frequency that figures into the track’s ultimate success. Those alien squonks should scintillate, not sizzle. That vocal melody needs to stay fresh, not prove dull two minutes later. And, nobody should ever stop moving by track’s end. Pop isn’t easy, and while there aren’t too many constrictions, there’s one golden rule: It needs to stick. Rising UK R&B duo AlunaGeorge knows this rule well — the DNA of their already-guaranteed year-end favorite, “Attracting Flies”, is the handiwork of a pop goddess. But as their full-length debut, Body Music, indicates, they’re terrified to ever break it.

The 13-track effort, which tosses in an unnecessary bonus cover of Montell Jordan’s “This is How We Do It” at track 14, is a tough listen, one bombarded with hooks, melodies, and vocal tricks clamoring over one another for your attention. Now, that formula typically makes for a pop masterpiece, but the intentions behind Body Music instead come off feeling so transparent. Vocalist Aluna Francis, whose pipes and inflections mirror a trendier Lily Allen, never stops sprinting over the album’s 49 minutes. She’s a tenacious presence, greasing each track with attitude, grace, and agility, but halfway through she becomes Mary Beth Overachiever in the front seat of class, wagging her hand around and begging to be called upon. Goddammit.

It’s those vocal tricks. Early singles “You Know You Like It” and “Your Drums, Your Love” benefit from Francis’ front-and-center approach because there are enough shiny objects littered throughout to shoulder the fact that she’s basically emoting the same thing again and again. The Sega-stripped percussion, 8-bit chunks of sound, and Godley & Creme vibes offer alternative areas of emphasis, giving Francis the freedom (or safety, in most cases) to do her thing, which consists of juicing sour apple melodies into electronic glitches and/or dribbling vocal verticals reaching toward unnecessary (and sometimes forgotten) heights. The problem with these two choices is that they’re so limiting they insulate the tracks and cauterize any personality, leaving forgettable fluff like “Best Be Believing”, “Superstar”, “Bad Idea”, and “Driver” to the low play counts on iTunes.

But let’s revisit “Attracting Flies” — a flawless exercise in modern R&B. It’s the boldest definition of a single, selling itself on a parasitic chorus (“Little white fairy tales…”), some indefatigable instrumentation (try recreating that beat in your head — didn’t notice all those layers, huh?), and sprinkles of alien effects (seriously, that whistle). When colorful descriptors like “magical,” “addicting,” and “Jesus Christ!” all work to sell the song, there’s something more than just a hit in your ear buds, it’s an indication of a new sound. Not that “Flies” is all that revelatory, but it’s more than enough to stand tall in a genre that’s increasingly becoming so crowded, uninteresting, and apparently immortal.

One of the problems Body Music faces is that it’s an album supporting a string of pre-processed singles. The strongest tracks are those that have been circulating online for over a year; the aforementioned “You Know You Like It”, “Attracting Flies”, and “Your Drums, Your Love” all parade on by in that order. This leaves the rest of the album in a desperate attempt to reclaim that early magic, coming somewhat close with the soft, sweet, and all-too-real “Friends to Lovers”. It’s a fitting bookmark to the album’s other non-single winner, “Outlines”, a track that eschews much of Francis’ signature funny games.

Maybe it’s a stretch, but Body Music echoes much of TLC’s breakthrough 1994 smash, CrazySexyCool, an album that dazzled millions with successful singles, most of which polished the album’s first half. And, in looking back, the reason we’re still interested almost 20 years later is that those singles capitalized on the eccentricities and strengths of the group without eroding its respective worth. Given AlunaGeorge’s twerked-out R&B and their flair for the ’90s (c’mon, who includes a cover of Montell Jordan without being absolutely candid about their approach?), I’m gonna go ahead and keep that comparison.

Here’s a better question, though: Why do they need an album? Whereas ’90s artists were pressured to surround chart-topping hits with agreeable filler to boost sales and profits, in today’s era of streaming and singles, AlunaGeorge could have easily whisked on by solely with their BBC premieres and one-off singles. It was working for them — well, with the exception of “Driver” — but now that the wrapper’s off, the music that’s sticking is the stuff we’ve been tasting all along, leaving us to whine like idiot children in dissatisfaction: WHERE ARE THE OTHER FLAVORS?!1!

No seriously, where are they?

Essential Tracks: “Attracting Flies”, ”Your Drums, Your Love”, and “Outlines” 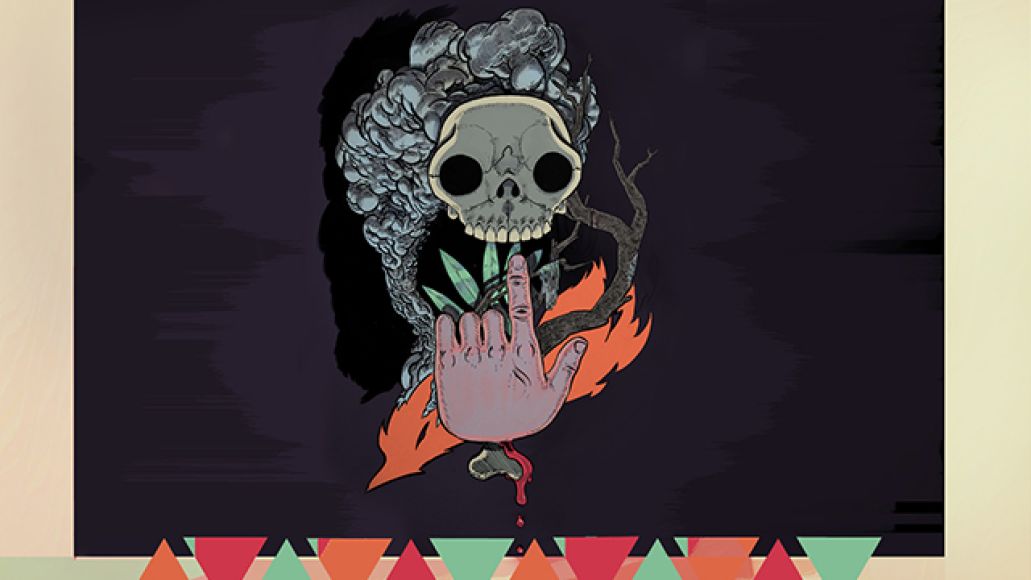