What was Jay-Z thinking the first time he heard “I Am a God”?  I’m interested to know not just because Kanye West is Shawn Carter’s one true protégée, but also because Jay-hova, of course, was supposed to be the original god MC. Even though he does refer to it more than once here as “the magnum opus,” no one expected Magna Carta Holy Grail (MCHG) to turn out comparable to Reasonable Doubt, The Blueprint, or The Black Album, beyond the fact that it’s a Jay-Z album. It definitely didn’t wind up on the same sonic level as Yeezus, an album that puts MCHG to shame in terms of grandiosity and experimentation. But with this – Jay’s first solo effort since 2009’s The Blueprint 3, which preceded Blue Ivy Carter’s birth, Obama’s second term, and the Samsung Galaxy S4 – the 43-year-old did try to make his most important record in a while.

If Jay is the indispensable, ambassadorial American icon he’s so often made out to be, it should inherently be good for us (you, me, and capital-U Us) that he decided to reference his daughter, his wife, his politics, and even his theology all over MCHG. But the one thing that prevents this record from reaching Great American Rap Album status is Jay’s lack of clear, personal articulation throughout it all. Either despite or because of their smugness, there’s a lot of Hov’s personality in lines like, “Fuck hashtags and retweets/ 140 characters in these streets.” Too often, Jay conveys his great power and authority by relying on the accomplishments and reputations of others – especially unnecessary given his own larger-than-life presence.

That’s not an issue here on the musical side of things. From WondaGurl’s Sizzla-sampling “Crown”, to Pharrell’s gyrating Timbaland bite “BBC”, to the fleeting space-rap grind of Mike Will’s “Beach Is Better”, MCHG is all the stronger thanks to Jay’s networking. But invoking Mike Tyson on “Holy Grail” to evoke a particular image is one thing, and another altogether when he interpolates “Smells Like Teen Spirit” seemingly just because it’s the one Nirvana song everyone knows, or when he brings Picasso and Da Vinci into things just because of the sophistication related to both artists’ works. Jay-Z’s led a fascinating life himself, and when he’s constantly referencing others with little-to-nothing more than a name-drop, you start to wonder why he isn’t extracting autobiographical information to get these lessons – which is often what they really sound like – across.

MCHG doesn’t have an “Empire State of Mind”, or even a “Niggas in Paris”, but there are plenty of indelible moments here, songwriting-wise. Regardless of your feelings about its juxtaposition, “I don’t pop molly, I rock Tom Ford” is vintage Hov form on “Tom Ford”, a relatively bare track dominated by Jay’s emphatic flow. There are also brilliant hooks here: Justin Timberlake’s elaborate chorus on “Holy Grail” is smoother than anything he recorded for his Jay-assisted “Suit and Tie”, while Frank Ocean’s poetic turn on “Oceans” is every bit as majestic as that of his own “Pyramids”. Unlike Yeezus, this is a perfectly approachable album, and there are moments that will make Hov fans out of kids who weren’t even born when “Big Pimpin'” came out.

Which brings us, finally, to one of the few things MCHG can be called for certain: a legacy album. You might say Shawn Carter is at a crossroads these days, looking at all his past glories on one side and all his future obligations – to wife, to child, to country – on the other. MCHG packs a lot of ideas, and not all of them prove very useful, or even well-articulated, by the end. The pieces congeal, eventually, to form a semblance of one of our most prominent cultural figures. The image just isn’t as defined, as focused, or as powerful, as it once was. 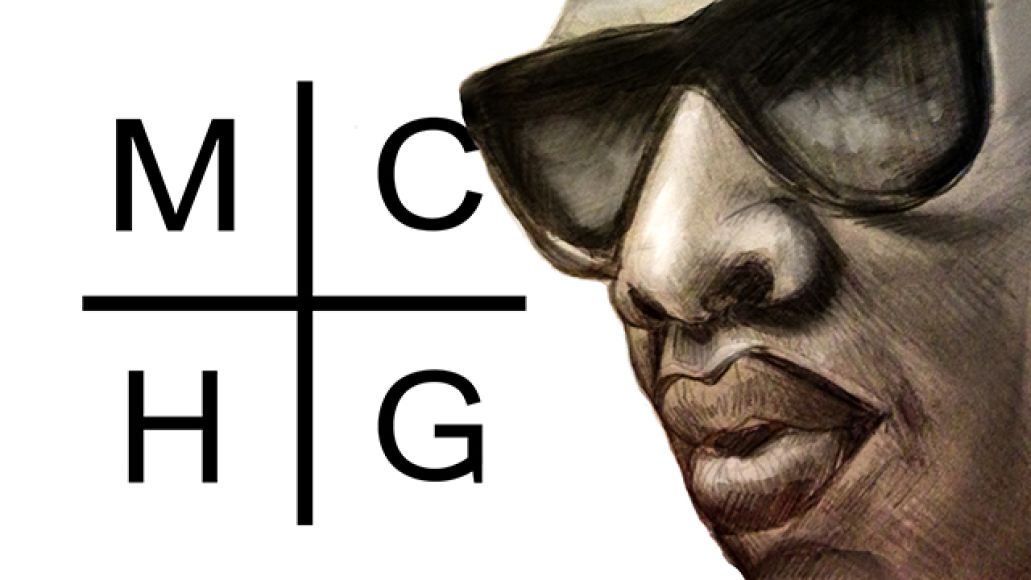