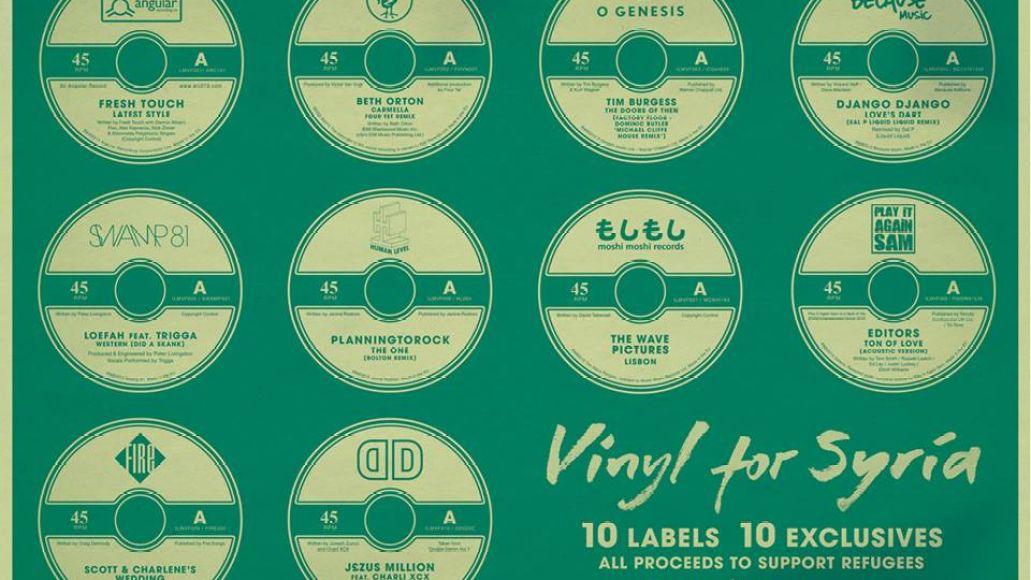 Back in 2011, Damon Albarn and Flea (alongside Afrobeat drummer Tony Allen) teamed up for the album Rocketjuice and The Moon. Now, Albarn and Flea have reunited, bringing Franz Ferdinand’s Alex Kapranos and Yeah Yeah Yeahs’ Nick Zinner into the fold for a new charity single (via The Line of Best Fit).

As Fresh Touch, the foursome’s “Latest Style” will be on sale as part of the July 13th Independent Label Market, a regularly-held direct-to-consumer event where Britain’s independent record labels release exclusive singles from some of their rosters’ biggest acts. The single will be limited to 50 hand-numbered 7″ vinyls and run for £10 each (limit one per customer).

If you’ll be in east London next Saturday, the event will be held at the Old Spitalfields Market (head here for directions and times). Otherwise, the Independent Label Market will also host a live eBay auction in conjunction with Oxfam for a complete set of all 10 exclusive records.

All proceeds will benefit Oxfam’s Syria Crisis Appeal, which provides shelter, food, and water to individuals affected by the conflict in Syria.

The other nine charity singles feature contributions from Beth Orton, Django Django, Editors, and more. Consult the full list below.