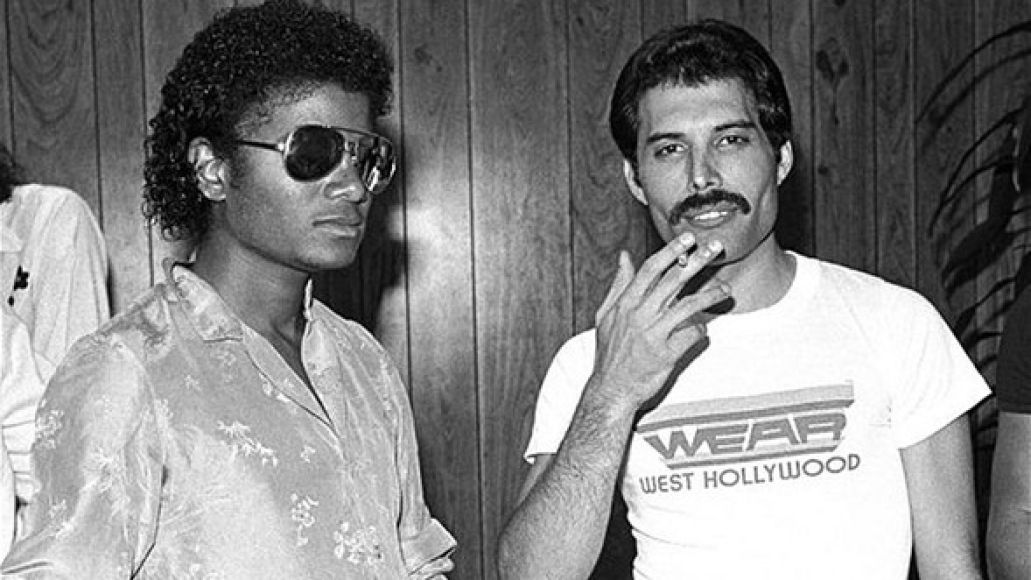 The long-desired duets between Queen’s Freddie Mercury and Michael Jackson will finally see release this Autumn, according to The London Times.

Coming on the heels of Queen’s 40th anniversary as a band, the material was recorded by Mercury and Jackson in 1983.

According to The Daily Mail, the pair tracked three songs together during a six-hour session at Jackson’s home studio in Encino, California. However, according to Mercury’s longtime manager, Jim ‘Miami’ Beach, the collaboration hit a snag after Jackson brought a llama into the studio. I kid you not.

“They got on well except for the fact that I suddenly got a call from Freddie, saying, ‘Miami, dear, can you get on over here… You’ve got to get me out of here. I’m recording with a llama… I’ve had enough and I want to get out,” Beach explained in an interview with The Times.

However, in a lost interview appearing on the 2012 posthumous documentary Freddie Mercury: The Great Pretender, Mercury expressed regret for failing to reconnect with Jackson. “I think one of the tracks would have been on the Thriller album if I had finished it, but I missed out,” Mercury said.