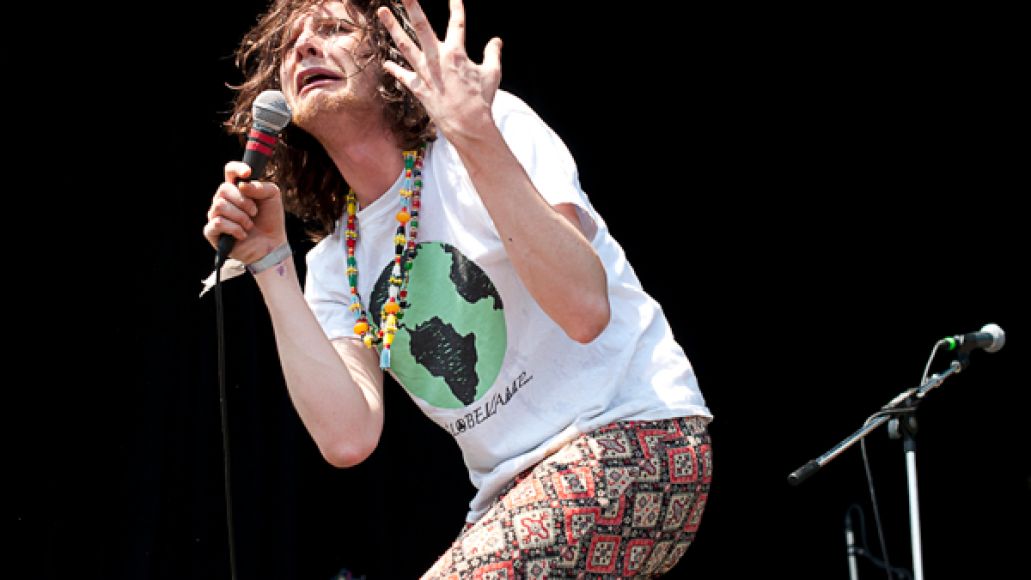 Update: According to the band’s publicist, the group are not breaking up; instead, they’re in an Indiana studio working on the follow-up to We Are the 21st Century Ambassadors of Peace & Magic. The band also tweeted, “ALWAYS, DEFINITELY, BELIEVE THE INTERNET.”

Things aren’t looking too sunny for California psych rockers Foxygen. This morning, band vocalist Elizabeth Fey posted a rather lengthy story on her Tumblr, which detailed the sticky conflicts within the band, namely between guitarist Jonathan Rado and frontman Sam France. After detailing their ensuing rivalry, and noting her own history of problems with Rado, she addressed a few issues that could spell possible doom for the band:

[Rado] was threatened by Sam and I, saying it was, “The Sam and Lizzie show”. Well we are going to start our own band. It sickens to me to see how Sam has been walked all over. He isn’t the type of person to plot out things or think about business, he is just a real musician who is an amazing songwriter. I don’t think he was ready for all the craziness that being a popular band gives you. It’s been hard for us as a couple facing al these trials and tribulations but ultimately it has made us stronger.

I didn’t want any of this negativity in my life, I was just a songwriter living in Olympia and playing house shows. I had no idea that when Sam emailed me that I would be in this crazy whirlwind. You can frame it anyway you want. That I’m “bitter” “angry” “jealous” whatever. It doesn’t matter what you say because I know what is right and what is wrong. I know that it is wrong to treat people like they don’t matter and I hope I never make anyone feel the way that they made me feel. […] Despite everything, I love Sam a lot. He is an amazing song writer who will continue to make inspiring music. I really like Foxygen the music, just have some problems with the members. I really do wonder if anyone other than Sam and Justin believe in things like peace & magic.

Yikes. For what it’s worth, they sounded just great at Pitchfork Music Festival on Sunday. Let’s see how the rest of their dates shape up, shall we?

Is Foxygen breaking up?