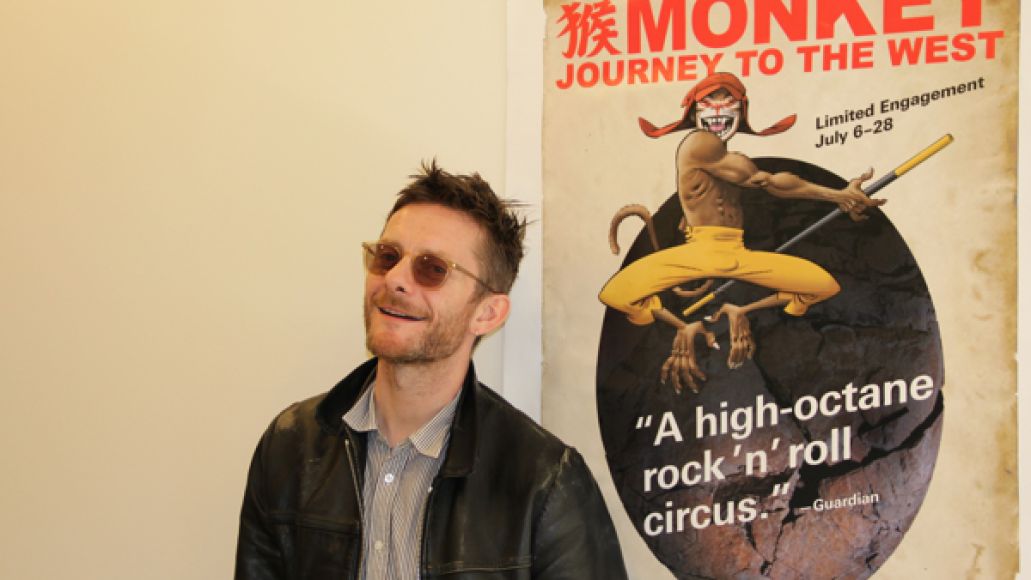 It’s been three years since Gorillaz whisked listeners away to Plastic Beach. In that time, they’ve headlined Glastonbury and Coachella; toured the world around; released an iPad-created album; and, then sadly, kept us waiting for more. Though there’s no plans of a return (at least not yet), co-founder and visionary artist Jamie Hewlett has been busy at work on another long-running production, Monkey: Journey to the West.

Based on one of the four great classical novels of Chinese literature, Journey to the West tells the story of Xuanzang, a young Buddhist monk (or in this case, Monkey) seeking enlightenment in India. The play is brought to life as an extravagant stage production thanks to Hewlett’s innovative costume and character designs and, of course, Damon Albarn’s quirky electro beats. After years of European performances, Monkey: Journey to the West will finally return stateside this summer.

From July 6th-28th, the entire production will take over New York City’s Lincoln Center. In anticipation of its Big Apple debut, Consequence of Sound spoke with Hewlett about other important things like artistic influences, future experiences, what’s up with the Gorillaz, and even his favorite childhood toy.

When did you first realize you wanted to become an artist?

My father was a very good artist when he was younger, and so I think I probably inherited a little bit of that from him. But he wasn’t allowed to be an artist; he had to go into the family business when he was 16. His family used to own butcher shops, so he became a butcher. [Laughs.] He wasn’t allowed to follow his dream of being an artist, so I used to draw from a very early age and was encouraged to do so. I think it’s what I’ve always wanted to do since as long as I can remember. My earliest thought was that drawing is something I really enjoy, and I feel that I’m in the right place–the place I am supposed to be when I’m drawing.

What were some of your early artistic influences?

I used to read Mad magazine, actually. When Alfred E. Neuman ran Mad magazine, I used to be a huge fan of artists like Brunel, Mort Drucker, Jack Davis, and all that stuff when I was younger. And a lot of peculiar English artists as well. There was this one artist in particular called Giles who used to do sort of a satirical strip in the daily newspapers, and I loved his work. And Ronald Lowe was also a huge inspiration to me as well. 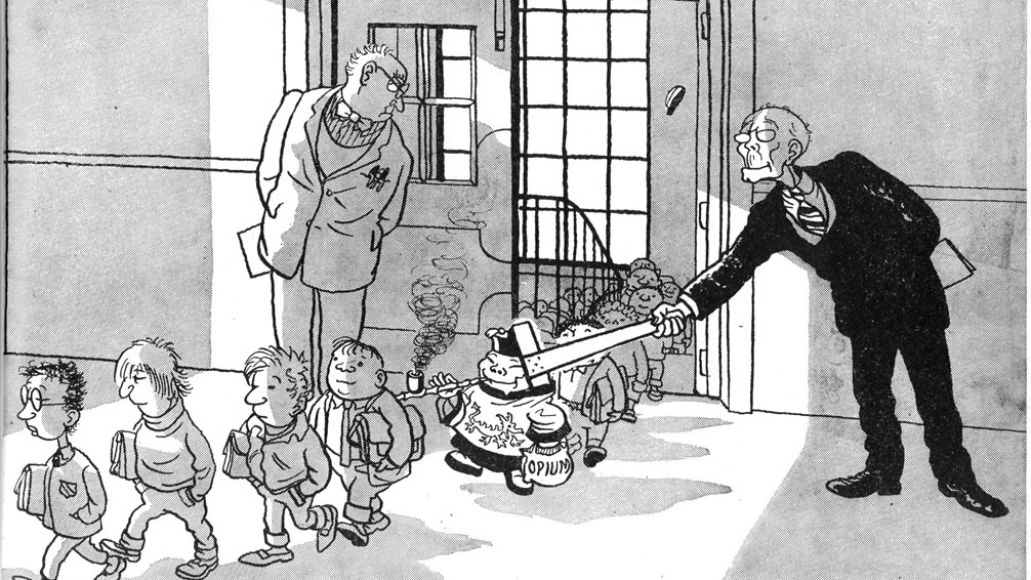 Gorillaz provided numerous opportunities for you to grow and expand your artistic style. What are some other forms of art/media you would like to experiment with?

Well, actually, at the moment, I’m teaching myself to paint in oils. After finishing the Plastic Beach album at the end of 2010, I decided that I really needed to draw and paint in a different style. So, I’ve tried pretty much everything, and the one thing I’ve never picked up is oil paints. So, I have been making a lot of mess with canvases and oil paints for the last two years. [Laughs.] And, you know, realizing that’s it’s not just something that I can adapt what I know into oils. It doesn’t work like that. It’s really going back to the drawing board and starting all over again and trying to find the style and what it is I can do and what I want to do with oil paints.

There’s been a lot of disasters. Unfortunately, canvases aren’t things you can rip in half and throw in the bin, so you have to live with your mistakes until they are dry enough to paint over them and start again, which has been an interesting process as well. Usually when the drawing goes wrong, you rip the paper up and throw it in the dust bin, but when you have to stare at a canvas with something terrible on it for three or four days until the paint is dry enough for you to white wash it and start again, it’s quite a good learning process.

What was your favorite toy growing up? Why?

My favorite toy? [Laughs.] My UFO interceptor. It was a toy from an English TV show called UFO directed by Gerry Anderson. It was about future England where UFOs are invading the country, and I had a UFO interceptor, which was sort of a human plane or space ship that was used to defend against the UFO invasion. [Laughs.] Completely stupid! But it was my favorite toy. 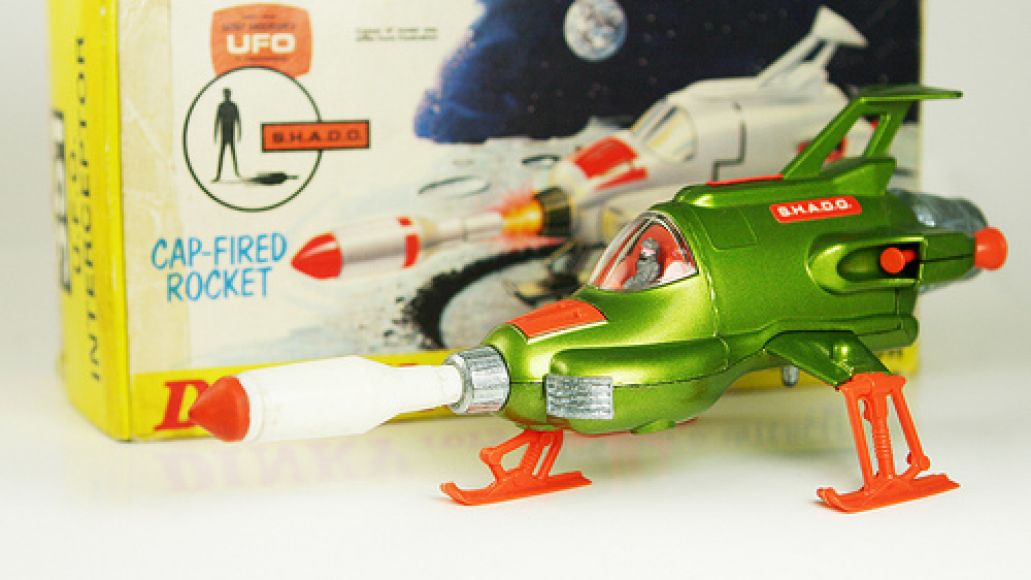 One thing I’ve always enjoyed about your art is the “layering effect.” Do you often include personal jokes or references to yourself in your own pieces that the audience might not pick up on?

Yeah, in a sense. I think if I’m going to include something like that I at least hope one or two people will understand it. It might be a private joke between me and a friend. But, no, I used to do a lot of that in the Tank Girl comics. I do that less now. But when I used to do the Tank Girl comic strips, we used to work for three or four days nonstop right up to the deadline and deliver these comic strips to the printer as it was going to print because we were quite unprofessional in those days.

And so you do sort of three days of nonstop work, and you would sort of reach a place where you were so tired that you became delusional and a bit crazy as you were desperately trying to finish these comic strips, and you would end up putting strange things in there and little “in” jokes and stuff. That’s how we did it then. I’m a bit more professional now, though.

Do you still maintain a good relationship with Alan Martin and/or Peter Milligan? Would you ever consider getting back into comics?

I was speaking on the phone with Alan Martin last week. Yes, I maintain a very good relationship with Alan; he’s a wonderful person. I haven’t spoken to Milligan in a while, but I’ve been speaking with Brendan McCarthy a lot lately by email. But I haven’t spoken to Milligan in awhile. Would I go back to doing comics? I dunno, maybe. It’s a lot of work drawing a comic. [Laughs.] And, you know, I did 10 years of drawing comics, and I really enjoyed it, but I’m kind of keen to try other things that I haven’t done. But I was talking with Alan about the possibility of doing something in a comic form together. We haven’t agreed upon anything yet. It’s just a conversation. I’d love to work with Alan again. I really like Alan; he’s really cool. 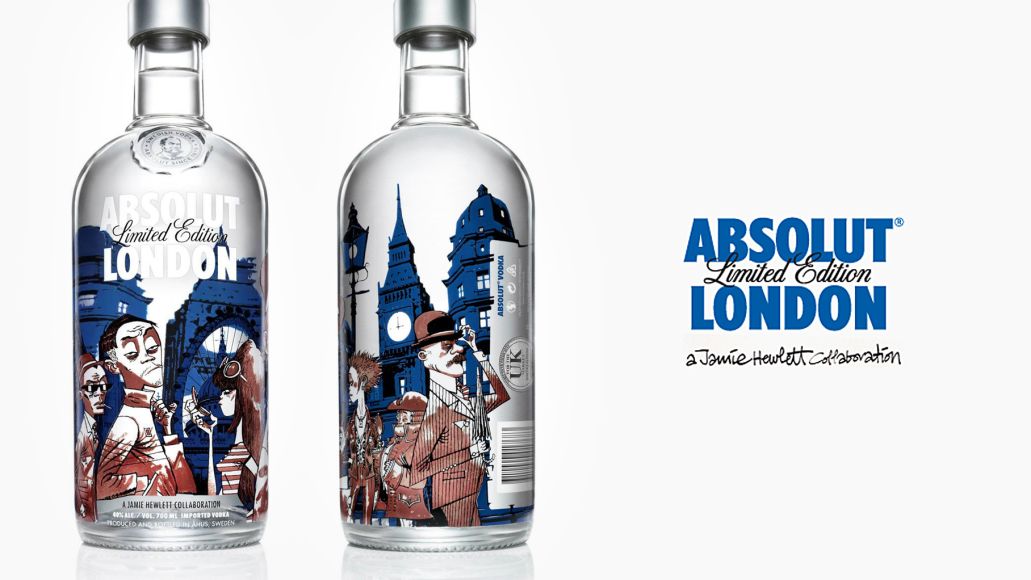 The Absolut bottle project helped “tap” you into a huge commercial market as far as advertising goes. How did you get involved with the famous vodka distributors?

Well, I was approached by a friend of mine who was doing some work with them and asked would I be interested in doing something like that. And I don’t usually take on that kind of work because they pay well, but advertising work usually means you have to deal with a lot of people having an opinion. And then it ends up affecting what it is you do, and I’ve had bad experiences of that in the past. But I sort of looked at their back catalog of artists they had gotten to collaborate on those bottle designs, and I quite liked what I saw. So, I got involved, and it was pretty easy to do actually. It was quite enjoyable, and they were fun people to work with. So, I was lucky that time around. But in the past, usually when you do advertising it’s a nightmare because they stick their nose in a lot to what you are doing and make you change things constantly, and it’s not really much fun.

Before Gorillaz happened, we mostly saw your art being produced in a 2-D format. What made you decide to bring these characters into the 3rd dimension? And which format do you prefer to work with?

I think I prefer working in a 2-D format because I can do that completely by myself without having to dedicate or work with people. [Laughs.] I like completely working on my own on my own little thing. I mean, when you’re doing animation and you have a big team of people, a lot of that’s fun, but it does sort of feel like it’s not completely you. It just involves so many other people. I think I’m quite selfish like that. I quite like the idea of doing something completely on my own, and you can only really achieve that with 2-D. 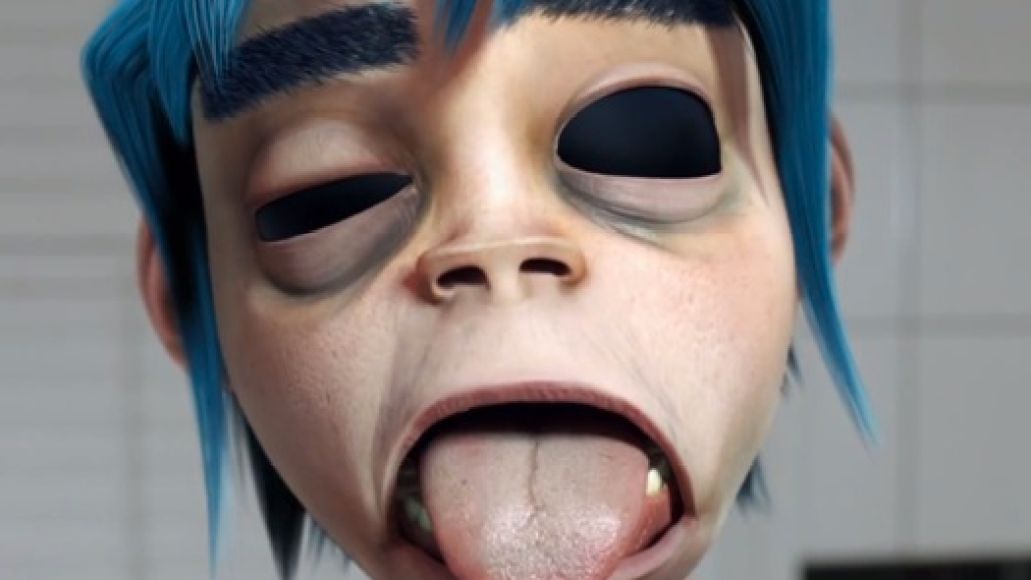 There have been a lot of rumors going around. Do you think Gorillaz have a future?

Well, of course, I believe there is a future for the Gorillaz. But Gorillaz is quite a complicated and expensive thing to produce. So, I think we need to wait a little bit to see what happens because usually in the music industry everything changes. And Damon’s got a bunch of other things going on. We usually have a break for a few years in between each album anyway just to go off to do other stuff because it’s quite intensive when you do one of those albums. I’m usually doing things for a few years nonstop, so it’s good to go away, stop, and do other stuff. But it also just depends. There needs to be a really smart idea behind each album, and we need to stay inspired. I think it’s really more collective but not alone.