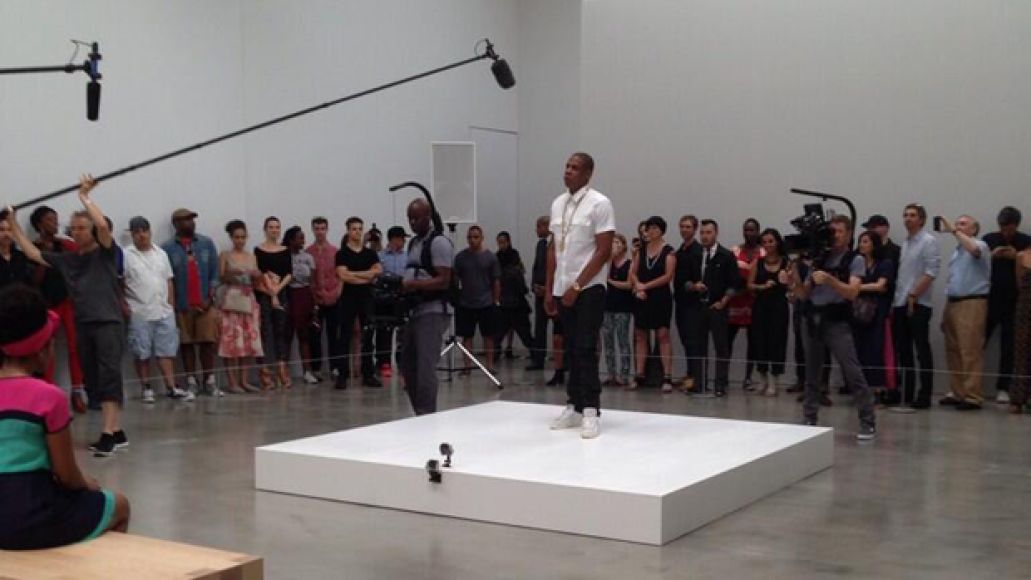 As he continues to promote the release of Magna Carta Holy Grail, Jay-Z has taken a page from another New York City institution and currently finds himself amidst a six-hour long performance of the same song. As Complex points out, Jay has taken to the Pace Gallery in New York City, where he’s rapping the song “Picasso Baby” over and over again.

According to FADER, the video is being directed by Mark Romanek (who also did “99 Problems”). An invitation for the event said the video would represent a “cross section of the New York art and cultural world” and that the performance would be “experimental and collaborative,” as well as a nod to rap’s “history with endurance.” Jay was reportedly inspired by Abramovic’s recent MoMA exhibition Marina Abramovi?: The Artist Is Present, where she sat at the museum’s atrium for two straight months. 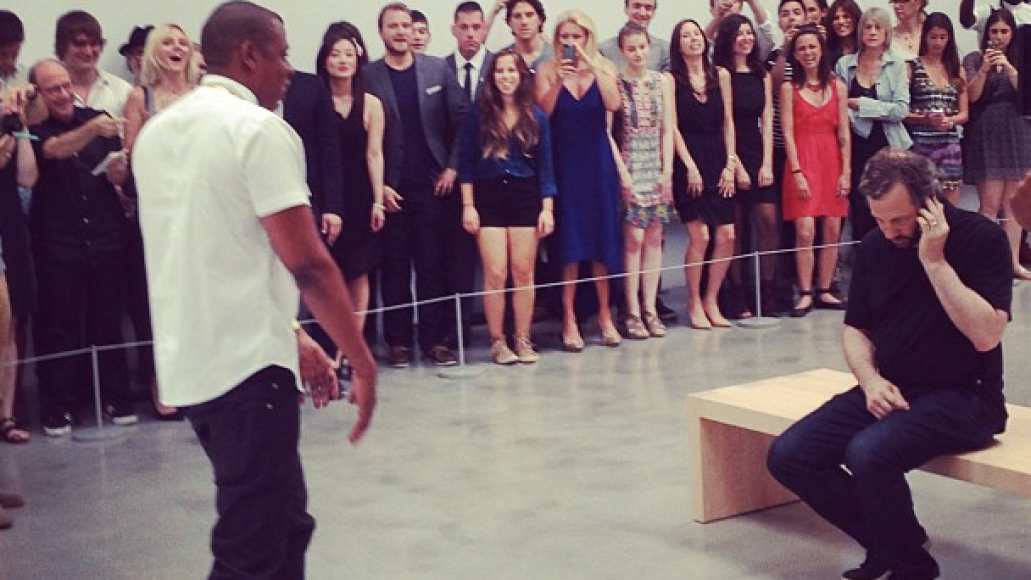 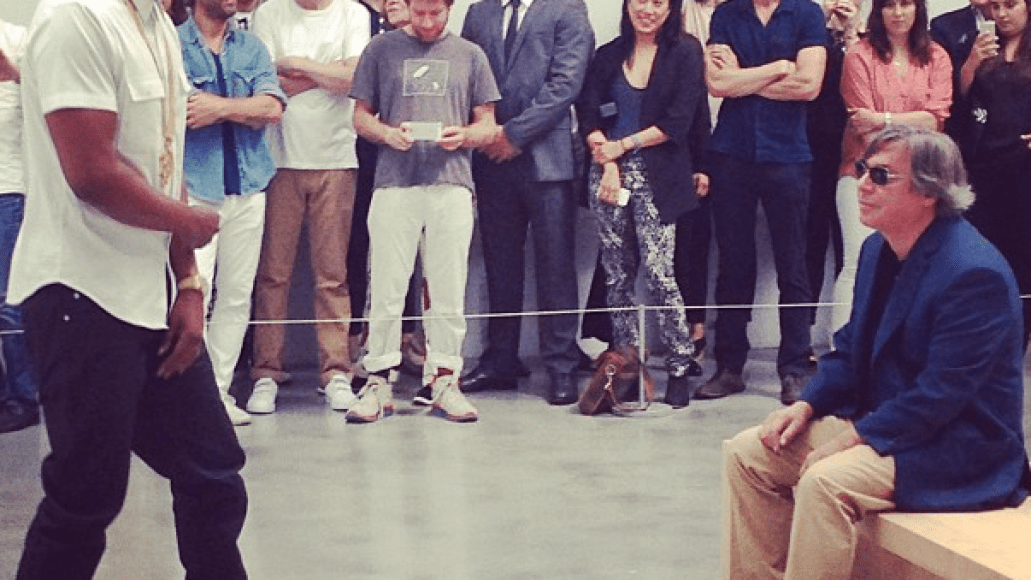 Watch a video from the exhibition below: