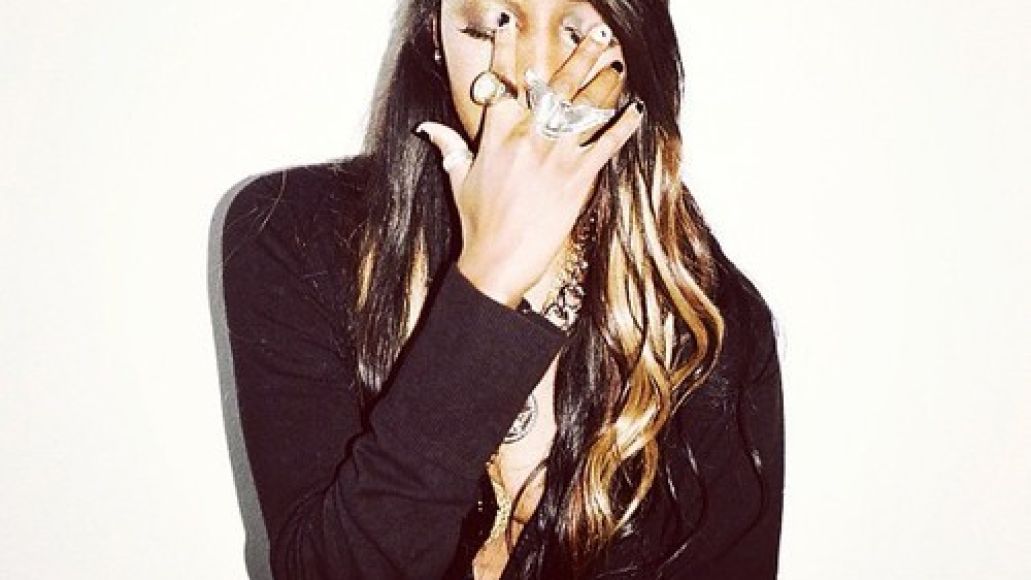 Angel Haze just turned 22 and she still hasn’t released her debut album. Yet, as evidenced by her array of her high-profile freestyles, she’s afraid of no one. We’ve already seen her rap all over songs by Eminem, Jay Z, Missy Elliott, and even The Throne. Now, she unveiled her take on Kanye West’s “New Slaves”. Its fueled by Angel’s usual barrage of poignant, socially-conscious lyricism, tackling topics like drugs, rape, and police corruption. Listen in below.

Angel’s debut LP, Dirty Gold, is due out later this year through Universal Republic.