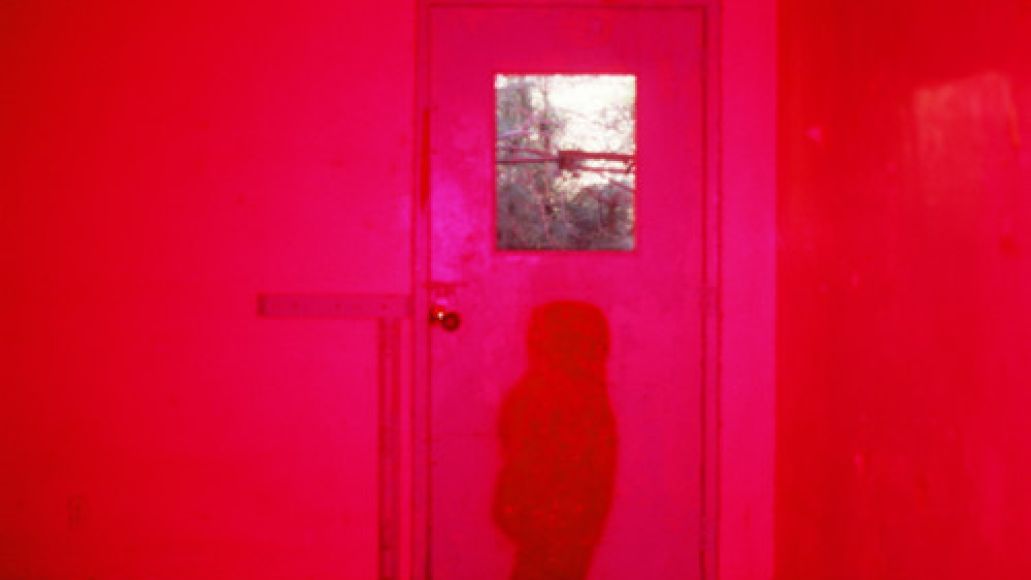 Earlier this year, cult rockers Delicate Steve intended to meet at bandleader Steve Marion’s house for a weekend-long practice session. But after heavy storms and floods rocked the band’s homebase of Sussex County, NJ, the only other member to join Marion was guitarist Christian Peslak. Rather than waste all that time together hunkered indoors, the duo ended up collaborating on seven songs as part of a new side project, Saint Rich. (Marion moved to drums, while Peslak picked up vocal duties). The newly-minted two-piece will release their debut LP, Beyond the Drone, on October 1st via Merge Records.

For a taste of what they crafted amid howling winds and ceaseless downpour, the pair has unveiled “Officer”. Eschewing Delicate Steve’s psych-pop, the duo lean toward fuzzy alt-rock with a side of alt-country. Marion smashes behind the kit as if he were trying to recreate a thunderstorm, while Peslak’s feedback-laden guitar and half-wail, half-croon serve as the emotional core amid the ruckus. But where they’ve maintained some of their day job’s sensibility comes in the ending refrain, an instrumental deluge of bombastic drums and sweltering licks that pounds harder than even the gnarliest monsoon.

In support of the album, Saint Rich will be on tour with Wild Belle this September/October. Consult their full schedule below.