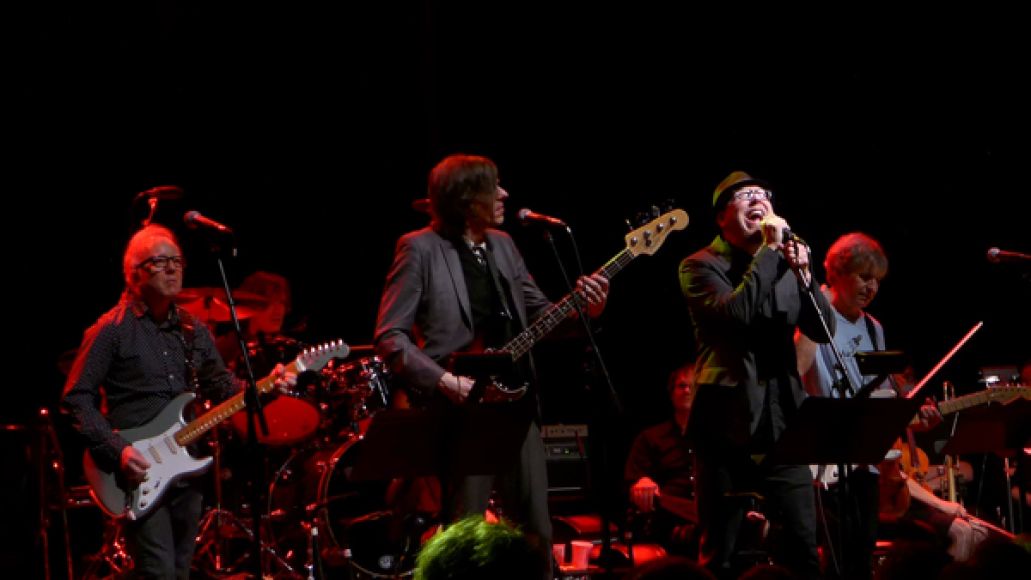 “Special”. It’s a loaded word, and not one that gets used very much in music criticism. It implies sentimentality and sanctity, which in turn implies self-congratulatory cheese.

And yet I can’t think of a better way to describe this past Friday’s performance of Big Star’s Third.

Sure, it could have been more polished. Many of the set’s abstract touches failed to land, whether it was Posies/R.E.M.-er Ken Stringfellow’s inaudible basketball on “Downs” or Urge Overkill’s Eddie Roeser’s microphoned hairdryer on “The Letter”, which, in his own words, sounded “less like a train and more like a toilet.” Elsewhere, Califone’s Tim Rutili needed a lyric sheet for a slurred version of “Take Care” and the false saloon start of “Jesus Christ” got an unplanned false start itself. But the laxity—both the scrappy approach and experiments (successful and failed)—gave the evening a sense of elegant camaraderie, a sort of campfire singalong with a chamber orchestra. Granted, it was a very weird singalong. Then again, Third is a very weird album. 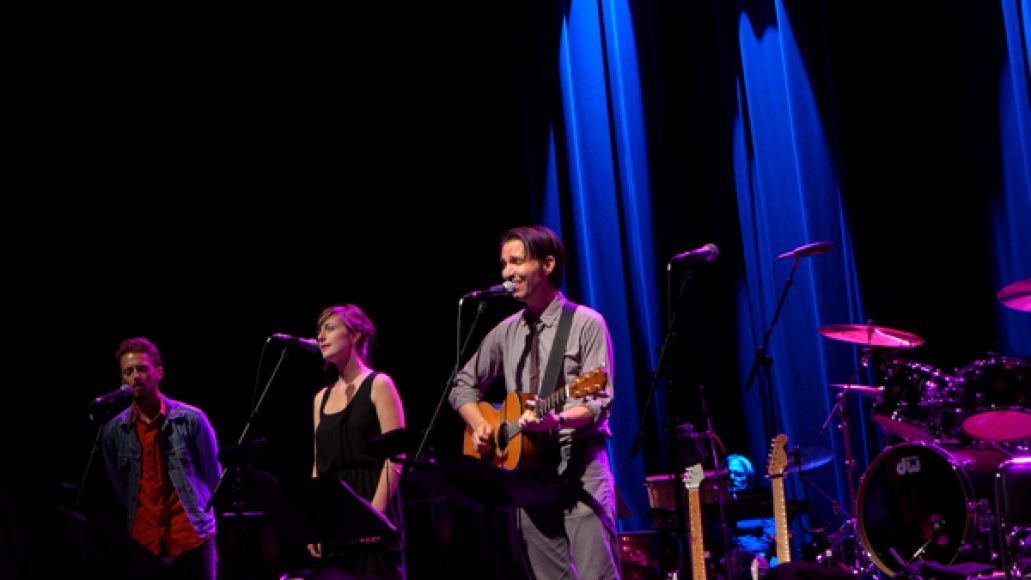 Released almost immediately before Big Star’s demise in 1974, Third (alternately titled Sister Lovers) was like the band’s previous two records in that it addressed love in an uncomfortably complex way. The songs’ power pop structures captured the puppy-eyed fantasy of budding romance while the lyrics often veered into cryptic territory, smearing everything with anxiety, hesitance, and defeat. With slowed tempos and arrangements that combined classicism with tense, almost junkyard, percussion, Third pushed the group’s surreal pessimism even further. 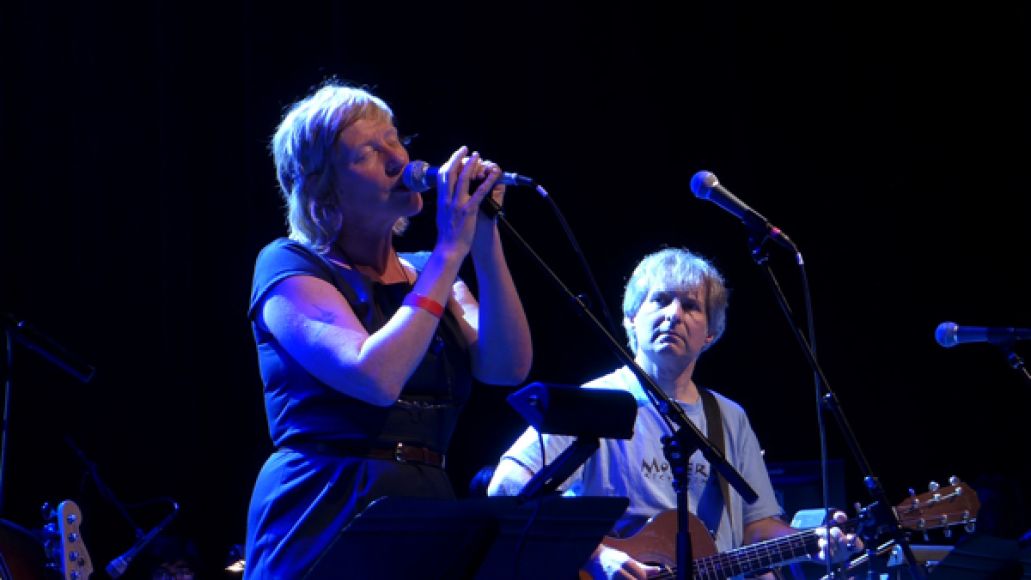 The orchestra melted into “A Day In the Life” swirl as one of the project’s curators Chris Stamey (the dB’s) sang about love that decays before it even begins. Stephens himself stepped out from behind his kit at several points, lending his wounded falsetto to “For You” and a handful of other songs. Other strong vocalists included Roeser, go-to harmonizer Brett Harris, earnest Jayhawk Gary Louris, and Stringfellow, who acted as lead throat for toothier, more straightforward numbers such as “Kizza Me”.

The Old Ceremony frontman and unofficial MC, Django Haskins, brought lounge lizard sadness to opener “Nature Boy”, a bonus Nat King Cole cover on the album reworked as a moody introduction to the show. It was one of many alterations to the track listing, which resembled neither the Rykodisk, test pressing, or vinyl versions of Third/Sister Lovers, but was instead its own beast that also showcased a second set of assorted Big Star/Alex Chilton/Chris Bell gems. 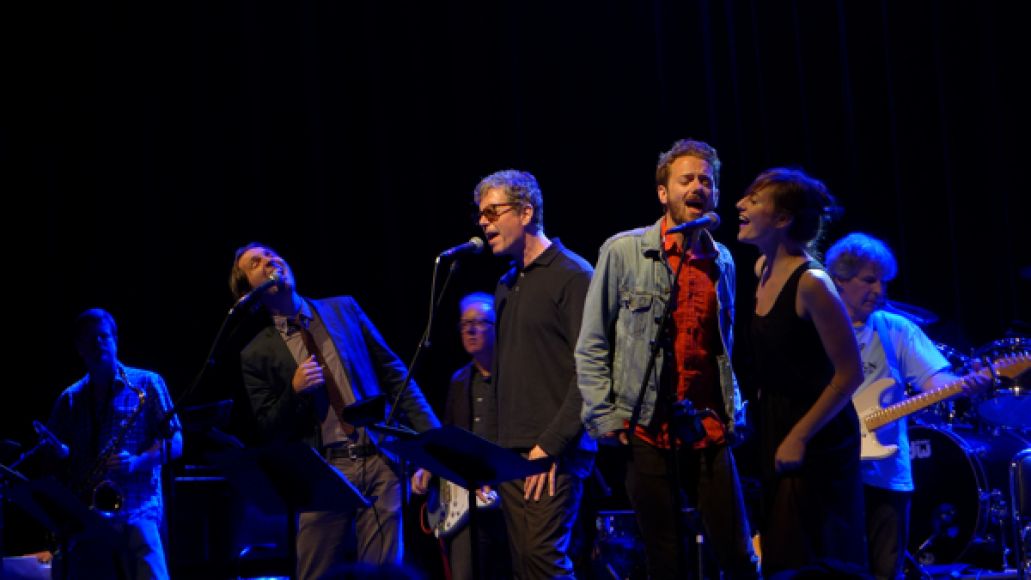 Louris performed an especially touching version of Bell’s “I Am the Cosmos”, a heartbreaker he often sang with Chilton before the pop genius passed away in 2010. The MVP award of the night, however, went to The Mekons’ Sally Timms for her smoky reminiscence on “Nightime”, with saxophonist Ken Vandermark at a heel-nipping second for his extra coat of neon sleaze on “You Can’t Have Me”.

As Stephens thanked the crowd (and the orchestra) at the end of the show, he praised the concert for being akin to the recording of the album itself. “There were moments of focus, and there were moments of no focus”, he quietly observed, smiling. There’s no denying the baffling cult status of the band’s career, nor the premature deaths of most of its members. But with “Big Star’s Third”, Stephens and company have built a fitting legacy, a Last Waltz-like homage to an act that was strange, exciting, and, more than anything else, special.

Setlist:
First Set:
Nature Boy (Nat King Cole cover)
Kizza Me
O, Dana
For You
“Nightime
Jesus Christ
Take Care
Big Black Car
Stroke It Noel
Blue Moon
Femme Fatale (Velvet Underground cover)
Downs
Dream Lover
Holocaust
You Can’t Have Me
Kanga Roo
Thank You Friends
—
Second Set:
Try Again
I’m in Love with a Girl
You and Your Sister (Chris Bell cover)
Thirteen
Feel
In the Street
Back of a Car
There Was a Light (Chris Bell cover)
When My Baby’s Beside Me
I am the Cosmos (Chris Bell cover)
Morpha Too
Give Me Another Chance
September Gurls
The Letter (The Box Tops cover)