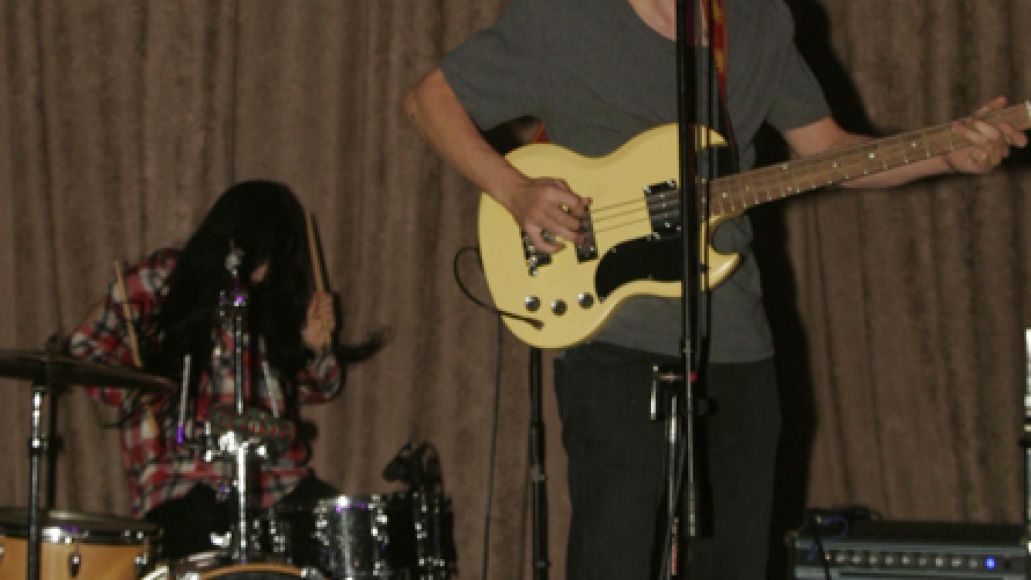 As a public transit strike cast San Francisco in a restless mood and a heat wave broiled the air, local punk trio Scraper commenced Wednesday evening’s gig at the Brick & Mortar Music Hall with a brash and confident set. Brian Jonestown Massacre’s tambourine player Joel Gion sulked about the makeshift DJ booth playing apt background ditties for the crowd’s cocktail swilling, much like BJM’s discography. Outside, Scraper’s singer Billy Tee Shirt marveled at a tree’s similarity to a human torso with its head buried in the earth, right down to the trunk’s bark resembling crumpled denim pants legs. His skewed perception of the city’s features often inform lyrics and the observation might inspire a new screed.

Cosmonauts were most engaging during the up-tempo “Laser Beam”, which indulged dissonant guitar throttling and fuzz-laden leads relative to the spare use of noise in other songs, but their druggy psychedelia otherwise elicited more of a stoned feeling on behalf of the audience – that is, tired and probably a little hungry. The performance relied on the projection of detached attitudes and narcotic repetition, but such aesthetic decisions do little for underdeveloped songs.

Jaill’s singer Vinnie Kircher was similarly stoic on stage, but it wasn’t like Cosmonauts’ moody posturing. Kircher’s face was unwavering and through alternately riffing, ringing out, or fretting intricate leads while conjuring limber vocal lines, he conveyed more than contrived attitudes ever could. Cosmonauts sought to communicate through sonic textures and attitude, but Jaill sought to perform laboriously crafted songs with vitriol and skill, which consequently proved even more expressive and consummate. 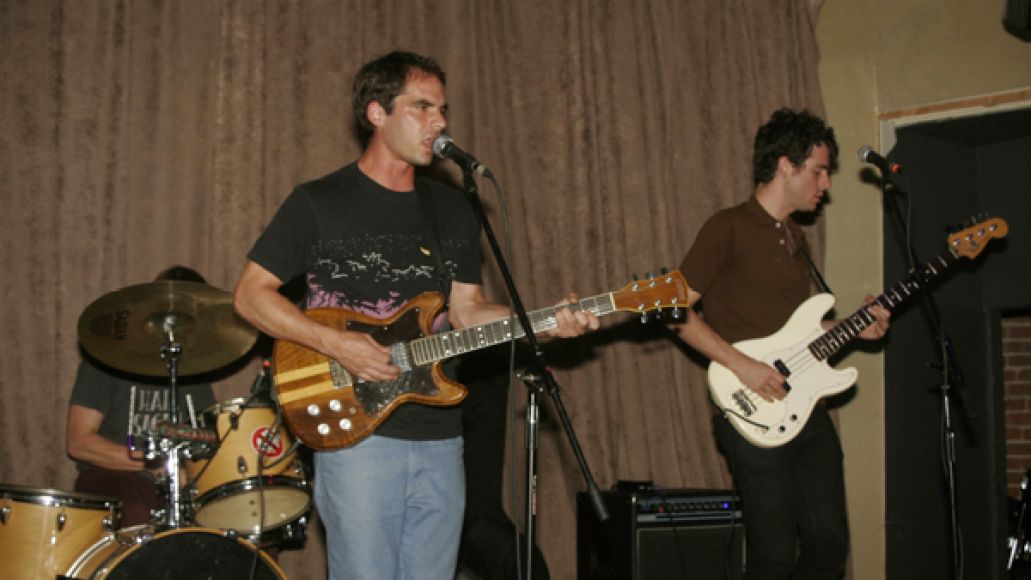 Jaill set their equipment expediently and quipped monitor requests after the first song like journeymen performers. The quartet’s organ lent certain passages a nostalgic glaze, but Jaill never veered in retro pastiche like Cosmonauts. Their hyper-active drummer wove manic fills into crescendos that served each irascible and complex song-structure while the bass-player intuited every percussive nuance. Kircher’s vocals swung from staccato shouts to conversational baritone and back within the confines of individual songs and the entire band responded appropriately.

In stark contrast to Cosmonauts, Jaill’s only persistent back-beat was employed on “Sweet Tooth Lover” because the ascending chord progression and plaintive vocal drawl called for precisely that technique. The set contained other hooks, but the unreleased track was Jaill’s most conventional pop song. Its ascension to the chorus’ exalted climaxes was enabled by the band’s restraint and sacrifice of ego, necessary steps to birth enduring pop songs.

Pairing upstart LA group Cosmonauts with established Sub Pop artists Jaill contrasted the former group unflatteringly to the latter. It depicted Cosmonauts as the trending stylists dealing glib homage to the past while Jaill appeared as thoughtful songwriters and skilled musicians. The pairing accentuated Jaill’s assets and not the other’s, but given the right drugs, company, and atmosphere on another night, Cosmonauts’ opiate breeze might be the perfect prescription.