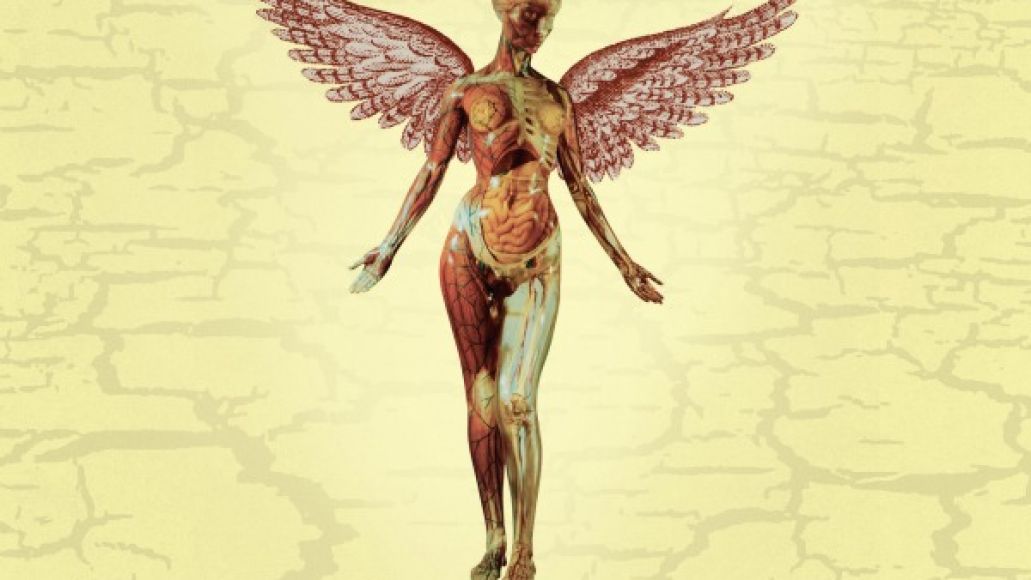 More details have been revealed for the 20th anniversary deluxe reissue of Nirvana’s In Utero. As Slicing Up Eyeballs points out, Universal Records has announced a September 24th release date for the “Super Deluxe Edition” box set, which will include more than 70 “remastered, remixed, rare, unreleased and live recordings.”

Spread out over four discus, the bonus material will comprise “a veritable treasure trove of never-before-heard demos, B-sides, compilation tracks, and live material featuring the final touring lineup of Kurt Cobain, Krist Novoselic, Dave Grohl and Pat Smear.” Among the highlights is a complete recording of the band’s “Live and Loud” concert at Seattle’s Pier 48 from December 13th 1993.

The reissue will also be released as a 2-CD set and triple vinyl set, while the “Live and Loud” concert film will be available as a standalone DVD, as well. Full tracklists for each configuration will be revealed shortly.

Below, watch Nirvana perform “Drain You” during their “Live and Loud” concert.

Nirvana to reissue In Utero with 70 bonus tracks