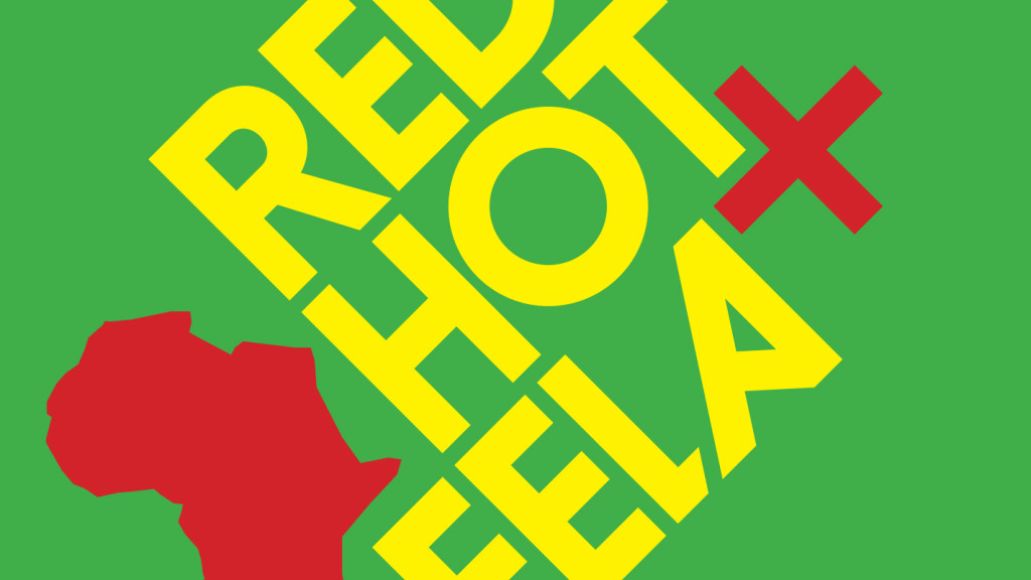 The 13-track effort features a number of notable collaborations: Questlove and tUnE-yArDs on last year’s cover of “Lady”; Childish Gambino and Just A Band tackling “Who No Know Go No”; My Morning Jacket teaming with Alabama Shakes’ Brittany Howard and tUnE-yArDs’ Merril Garbus on “Trouble Sleep Yanga Wake Am”; TV on the Radio’s Kyp Malone and Tunde Adebimpe’s reworking “Sorrow Tears and Blood”; and Chance the Rapper appearing on a rendition of “Gentleman”.

With a cast of such diverse musicians, organizers opted not to make this a simple Afrobeat album, focusing instead on having contributors emphasize other facets of Kuti’s music.

“Fela’s music has deeply inspired and impacted how we think about music,” said Stuart Bogie, whose band Superhuman Happiness tackled “ITT” and backed-up TV on the Radio. “From critical details like his use of guitars and bass lines in perfect rhythmic counterpoint, to his long and epic forms, his music is a treasure and deep reason for musicians all over the globe. One challenge was maintaining the lyrical integrity. Fela’s poetry is a critical component, and we aren’t satisfied with getting it close – we want our tracks to honor his work the same as you would honor the lyrics of a Beatles, Bob Dylan, or Prince track.”

For more sounds from the album, head here to sample “Buy Africa” from the Baloji & L’Orchestre de la Katuba. Pre-orders are ongoing.