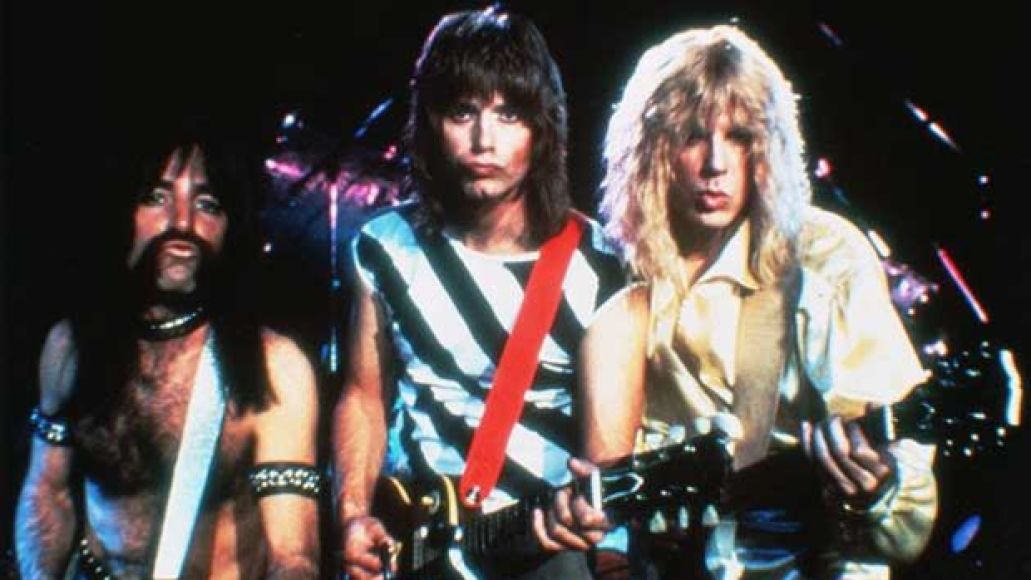 Spinal Tap’s Nigel Tufnel, David St. Hubbins, Derek Smalls may hit the stage next year, according to director and writer Christopher Guest. While promoting his latest project, HBO’s Family Tree, Guest was once again asked about his acclaimed “fictional” UK trio, and whether or not we’d see them again.

“We get asked to do shows on a regular basis, but what I will say is that we’re in the midst of talking about something for next year,” Guest told The Guardian. Soon after, he reflected upon their 2009 Glastonbury appearance at the Pyramid Stage, adding: “It was a fantastic show. There were 130,000 people there or something. Since the film 30 years ago we’ve gone on tour, playing Wembley, the Albert Hall, Carnegie Hall… It’s weird but great. The fiction became real.”

In related news, the exceptional soundtrack to Rob Reiner’s 1984 mockumentary, This is Spinal Tap, was reissued on vinyl last month with a “none more black” cover via The Control Group.

If you’re still wondering what all the hoopla’s about, here are five reasons that should bring you up to speed, and a clip of one of the best rock ‘n’ roll performances of all time.