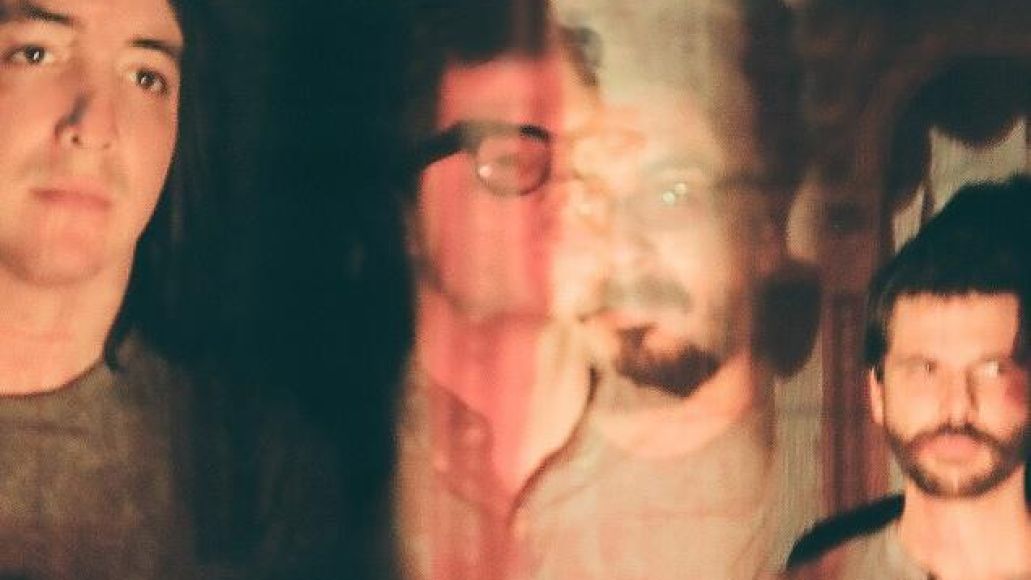 While some bands record within the confines of a professional studio or their bedroom, Austin’s Royal Forest prefer other venues: a single-prop plane over Texas; a decommissioned WWII submarine; and a lightning storm amidst the Monahans sand dunes. Not content with being a labeled a studio band or a live band, their shared interest in field recordings has evolved their compositional skills, utilizing whim and on-the-fly audio manipulation as regularly as they do chord changes.

But within the scope of that experimentation, the foursome always keep poppy energy and accessibility on the forefront. Consider it profoundly technical to please the music nerds and just enough of a songwriter vibe for the romantics. Those seemingly opposing musical concepts come together on the band’s fourth studio album, Spillway, now streaming a full week ahead of its release date (July 9th via King Electric Record Company).

According to a press release, Spillway “casts a surreal shadow on Americana.” And the album’s 10 tracks definitely play out like some burned-out version of ’70s country rock. Album opener “Everyone Knows You” sounds like a lonesome drinking ballad filtered through the psychedelic filter of Soft Bulletin-era Flaming Lips. Meanwhile, “Near the Spillway” is a tricky number, starting life as a quaint and gentle ballad before melting into a haze of mid-tempo psych-rock. Country’s emotional core remains, but taken into far more Avant-garde territory.

But amid all the methodical heartbreak of their country leanings, there exists gems of pure pop as support and structure. “Castro” may sound sullen and haunted with the methodical creak of organs, but those blown-out harmonies are pure joy. And, no doubt inspired by its namesake, “John Denver” makes more effervescent magic with little else than chipper harmonies and a vibrant acoustic guitar. Rather than bury their love of pop, the band twist and shape it with new and intriguing samples to give it fresh life.

Spillway proves there’s lots of beauty in the world. You just have to open your ears (and mics) and listen.