In a press conference earlier this morning, the surviving members of TLC, Tionne “T-Boz” Watkins and Rozanda “Chilli” Thomas, continued their recent comeback with a string of announcements.

Foremost is the group’s new deal with Epic Records, run by Antonio “L.A.” Reid, the mogul who originally signed the group to his LaFace Records back in 1991. TLC’s first release through the label comes on October 15th with a new greatest hits collection. According to Watkins, the album was headed up by longtime producer Dallas Austin, and features new songs written by Lady Gaga and Ne-Yo and contributions from Drake and J. Cole.

In a recent interview with Rap-Up TV, Green said the album, which commemorates TLC’s 20th anniversary, features updated versions of songs from throughout their back catalog. “We took a lot of the old songs and remastered them,” he said. “We mixed them just to tweak them, make them better.”

The news smorgasbord continued with the unveiling of a teaser clip from the forthcoming biopic, CrazySexyCool: The TLC Story, set to premiere on VH1 on October 22nd. The two-minute clip shows recreations of videos for “Waterfalls” and “No Scrubs”. Of particular note is the uncanny resemblance of the three lead actresses, Lil Mama (Lisa “Left Eye” Lopes), KeKe Palmer (Thomas), and Drew Sidora (Watkins).

And in a bit of life imitating art, Watkins and Thomas announced that Lil Mama would join them during their performance at this Saturday’s Mixtape Festival in Hersheypark, PA. It marks the group’s first performance in four years, following a one-off reunion concert in Japan back in 2009.

Watch the teaser clip below:

Promotional art from the movie: 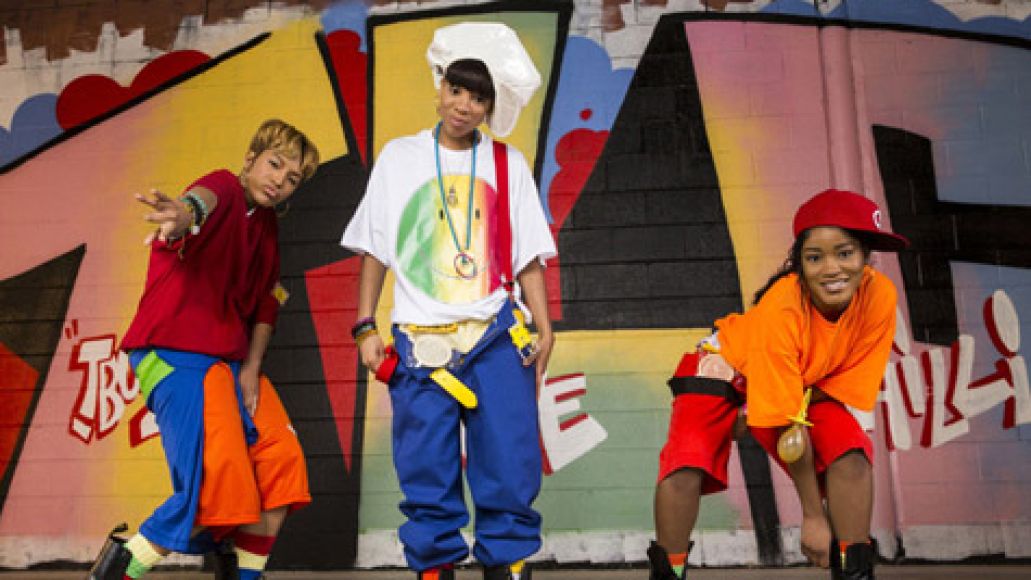 Lil Mama with Watkins and Thomas (via Epic Records’ Instagram): 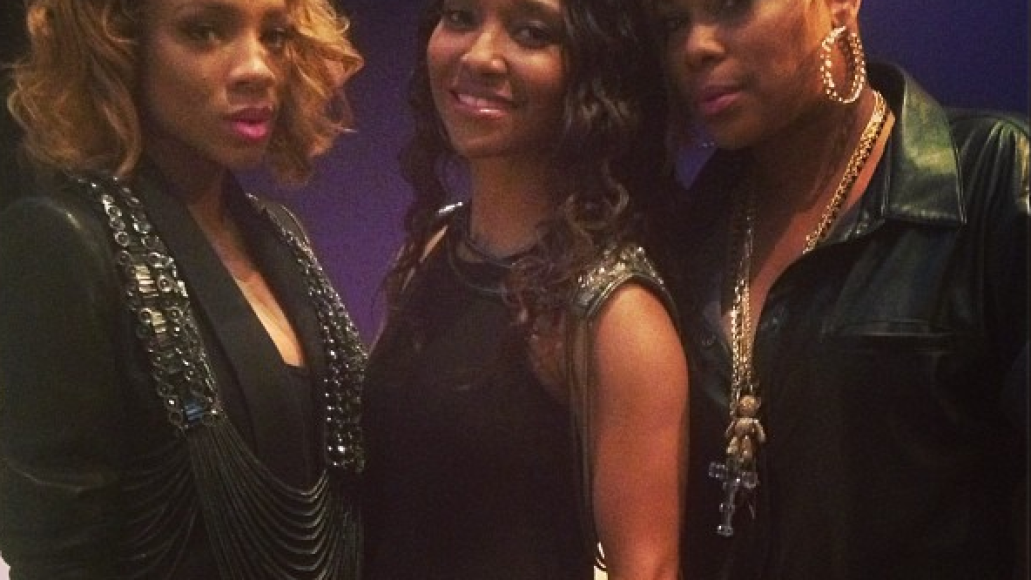