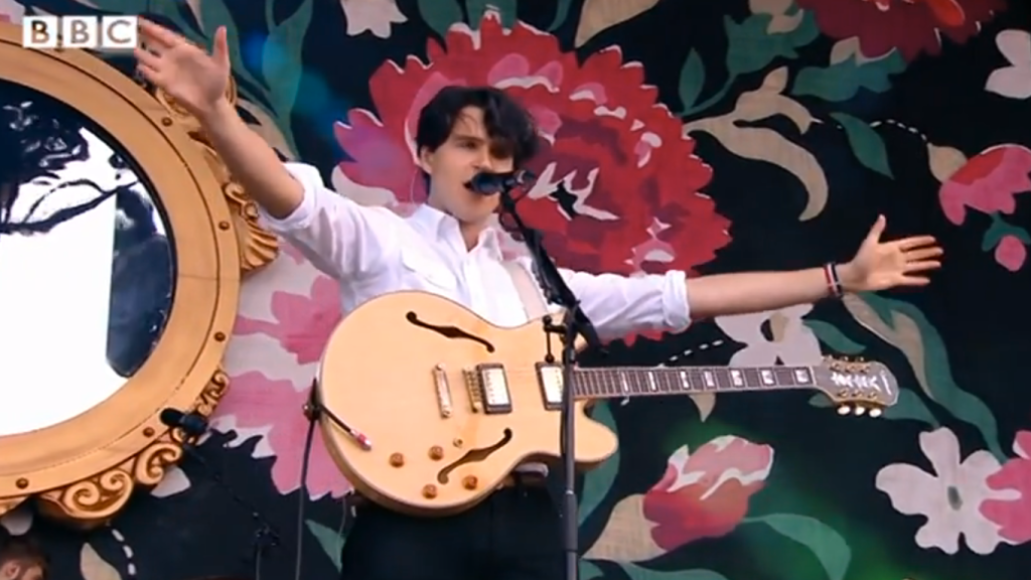 Vampire Weekend appeared this weekend at the Glastonbury Music Festival in Pilton, UK. The band performed their own set, which included performances of “Diane Young and “A-Punk”, before joining Mumford and Sons later in the evening for a cover of The Beatles’ “With a Little Help From My Friends”.