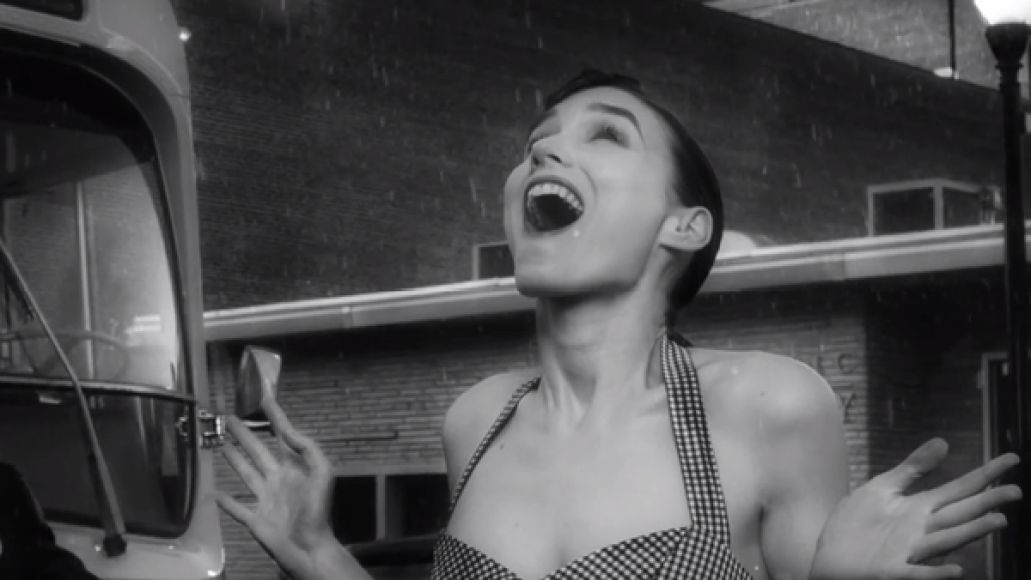 Shit, the collaborations behind 2011’s The Girl with the Dragon Tattoo really did start something. So it would seem based on this recent Calvin Klein ad by David Fincher. The acclaimed director tagged both the Yeah Yeah Yeahs and Tattoo heroine Rooney Mara for a short clip that gushes with New York City Dark Deco excess. And while we’re not going to attempt to figure out just what the hell all this means — really, do perfume or cologne commercials ever make sense? — it’s nice to know we’re not the only ones disappointed with Mosquito. Hey, why else would he opt for It’s Blitz! cut “Runaway” over something new and similar like, say, “Always”? Yeah, we’re rolling with it. Check out the ad below, though.