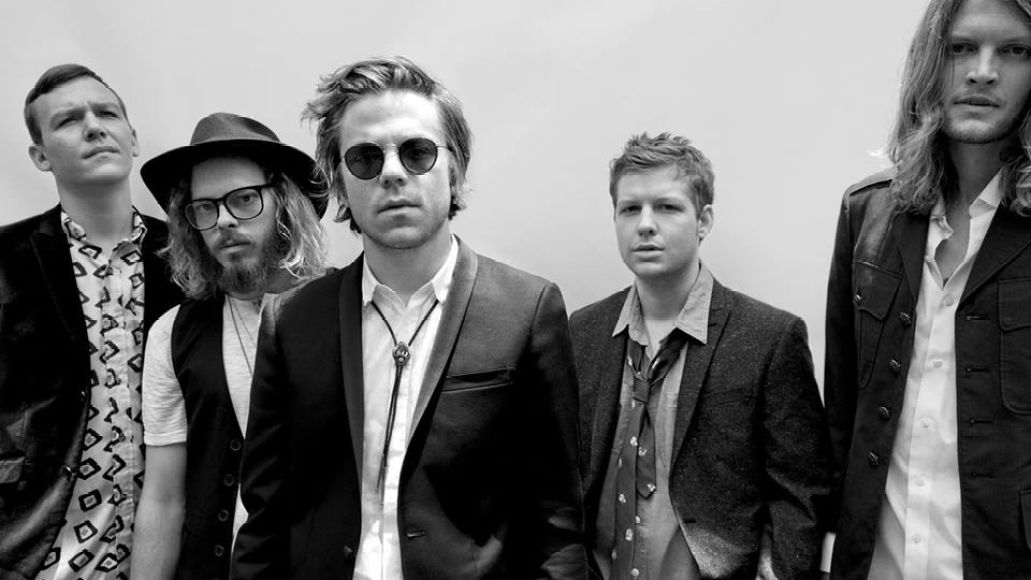 When I catch up with Cage the Elephant frontman Matt Shultz, he tells me a story that, perhaps unbeknownst to his jet-lagged mind, speaks volumes about where the Kentucky rockers have spent the last year or so.

“One time, I broke my nose playing basketball,” Shultz says. “When I went to the doctor, right when we were about to go on tour, I asked what the most time I could not get this fixed was. They said two weeks, and we were gonna be there for a week and five days. When I got back, it healed a bit, but I said I didn’t wanna go under (anesthesia), since we were leaving again the next day. The doctor said only prisoners never wanna go under, so he sits on my chest and sticks this thing up my nose and starts cracking bone. I was hyperventilating and had to take a break a couple times.”

It’s a journey of immense pain and anguish (anesthesia-free reconstructive surgery) in the aim of this arbitrary creative indulgence (playing rock and roll music), and finding that despite all the blood loss and overwhelming emotions, the end is totally worthwhile (and sometimes includes breathing properly). All because you survived and flourished when the alternative (immediate care) would’ve been so much easier.

That, more than anything, perfectly encapsulates the writing and recording process behind the band’s third album, Melophobia, due out this fall through RCA Records.

“Melophobia is the hatred or fear of music,” Shultz says. “The whole process was riddled with adversity and growing pains. I don’t want to make it seem like it wasn’t rewarding, ’cause there were moments of peace and beautiful grace. But there was no part of the process that was easy. I’ve always read of musicians that couldn’t stand their own music or the sound of their own voice. Now I understand that. To critique something to the point you literally can’t do it anymore. To literally go crazy from it.”

As was this case with Shultz’s busted nose, most of the hurdles encountered by the band were self-inflicted. After 2011’s Thank You, Happy Birthday, where they tossed out over 80 songs and started fresh, the band adhered to a new policy to take songs to “their furthest creative potential,” Shultz says. “And if we had to let something go, we knew we did our best.”

Though returning producer Jay Joyce, who helmed their first two records, agreed completely with this ideology, having a friend as their producer only made sessions more taxing. “Working with Jay, in a way, made it harder,” Shultz adds. “When someone knows you, it’s hard to hide. Plus, amongst friends it’s hard to be taken serious, and it’s hard to take anyone serious.”

At the end of the day, though, Shultz takes the brunt of the blame for much of the tediousness and inherent difficulty. During recording, he had something of a creative reawakening, undertaking a new approach as a lyricist that was firmly at odds with his bandmates.

“I was writing these super inner reflective songs, and the band wanted things with more energy and enthusiasm,” he explains. “I got really into the idea of reality versus the perception of reality. I’ve been thinking about this: there’s an immense draw to deceive. It’s like, if you’ve ever been talking to someone and you don’t get what they say, you laugh. People are always building walls or barriers, and we paint pictures or images of ourselves. I think Dave Chapelle said it: when you meet someone, you’re meeting their representative.” 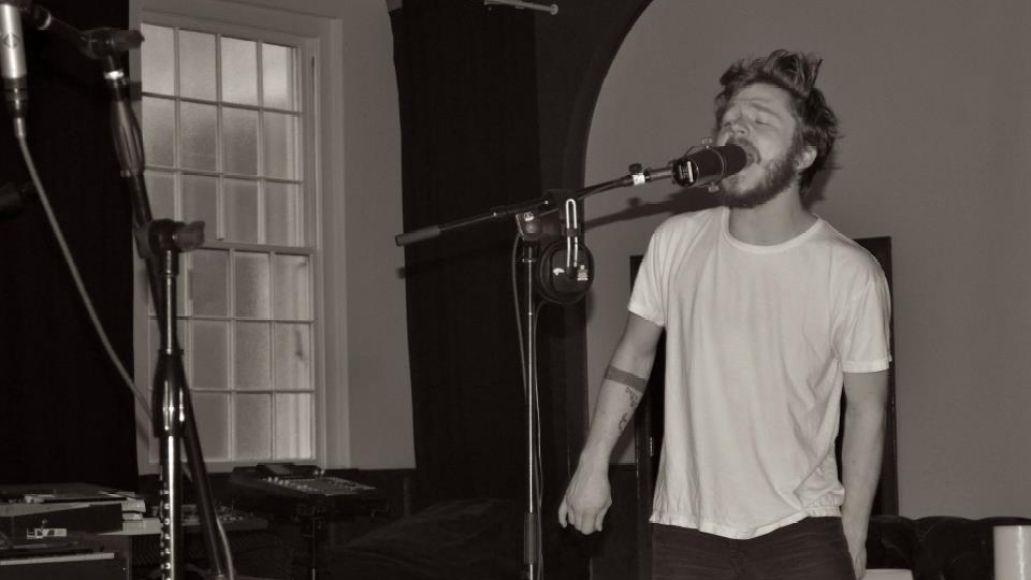 With so much interest in the workings of others’ pysches, Shultz found a lot of his source material simply by engaging friends and family members in mundane, one-on-one conversation.

“I asked myself how honest could I be, and to say something poetic without it being poetic,” Shultz says. “I was talking with my friend, (Morning Teleportation frontman) Tiger Merritt, and he just said, ‘Write lyrics like the way you talk.’ And that was a big moment for me. Because people everyday say stuff that’s poetic. So, I’d invite people over, sit down in front of my typewriter and say, ‘Just talk about your day.'”

“Things got really deep really fast,” Shultz adds. “When I was interviewing people, and they really let me in, I found this kind of paradox. It was weird, ’cause there’s kind of two worlds struggling: the absolute truth and this other thing, where people are creating characters.”

Getting people to then address that inner turmoil only made his pursuit more interesting.

“You could make all these phantasms of truth, ’cause those are cool and interesting, “Shultz says. “But those really cool moments are the real ones, where people are struggling to keep secrets. And I’d just pull things that they were saying. And they made for some really uneasy moments, because when I’d write, I was saying all these things I couldn’t say otherwise. But it’s like Isaac Brock said, ‘If you’re not slightly embarrassed with what you write, you’re not writing good songs.'” 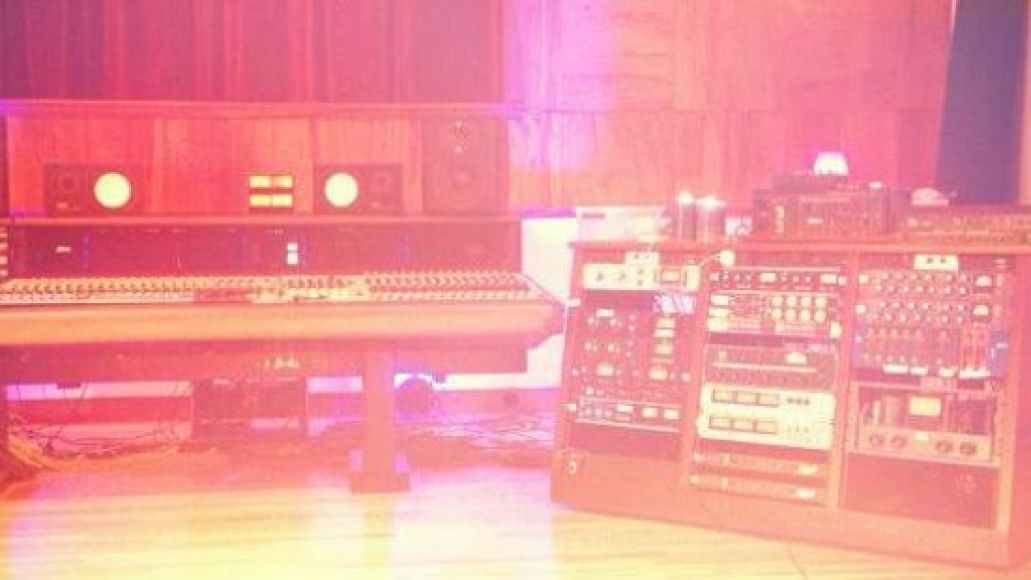 With the lyrical concepts in place, the collective then had to find middle ground between Shultz’s existential writings and the rest of the band’s rollicking intentions.

“Musically, what we’re trying to do is to be super thoughtful but blend that with the playfulness,” Shultz says. “It became a game to juxtapose and blend those polar opposites. We wanted to see how we can take those odd spectrums and marry them cohesively. It kinda became a game of how you make it work. The goal being to move in any direction so we could keep that in the future. People always talked about Bob Dylan finding holes in music, and I wanted to do that. To find the holes in the music and fill it with stuff we weren’t hearing.”

The inspiration for that hole-filling material came from two seemingly disparate influences: David Bowie (“he pushed technology to the furthest reaches but still held on to nostalgia and keeping things really grand and warm”) and pronounced arcs of EDM and garage rock. But without directly referencing the Thin White Duke, Deadmau5, or Ty Segall, the focus was all in their respective approaches and attitudes.

“With electronic music, it’s so new and revolutionary that it seems the possibilities are endless,” Shultz says. “And then on the other end of the spectrum, there’s this purist indie rock and garage that’s inspired by stuff like Velvet Underground and stuff from the ’60s. So what we wanted is to take that playfulness and swagger but have it open-ended like EDM.” 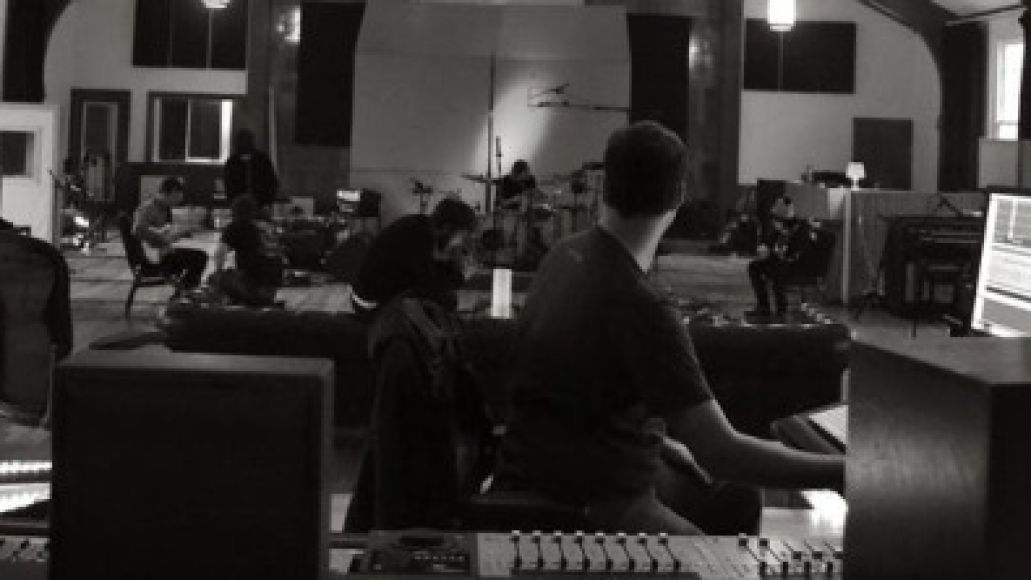 Looking at music analytically also became a snap for Shultz; he had all but cut down on listening to albums, save for the occasional spin of Dean Martin or Nat King Cole. Instead, it became about recognizing emotional patterns and memories in the music and trying to recreate those without the source material itself.

“I wanted it to be like drawing your childhood house from memory,” Shultz explains. “Your imagination is built on emotions, and you have to fill in those gaps. We’d listen to stuff together and be like, ‘Remember when this album did this?’ And we’d be in full agreement, but then go back and listen to a record and be like, ‘That never happened.’ And it’s ’cause we create those sounds out of feelings and memory. Sounds, gestures, accents, these are your voice. And the more you purify these, the more they become your fingerprint, the realer it is.”

Shultz admits that their pursuit of some higher musical truths took a toll on the band. But along the way, they let themselves celebrate the minor developments and little victories, proof positive that all the stress and hardship had only helped them overcome their weaknesses as a unit. And on the bright side, it turned out to be less traumatic then Shultz’s impromptu surgery.

“What made it worth it, what was super rewarding was the breakthroughs,” Shultz says. “Spending months on something and to finally get a chorus or a lyric right, I’d break out in tears. I’d send my brother (guitarist Brad Shultz) sound bites of stuff I was working on, and he’d text me back saying, ‘I’m literally jumping for joy.’ This mission was to defeat fear and pride; those are the enemies. And every time we make an album, it’s a war with ourselves.”