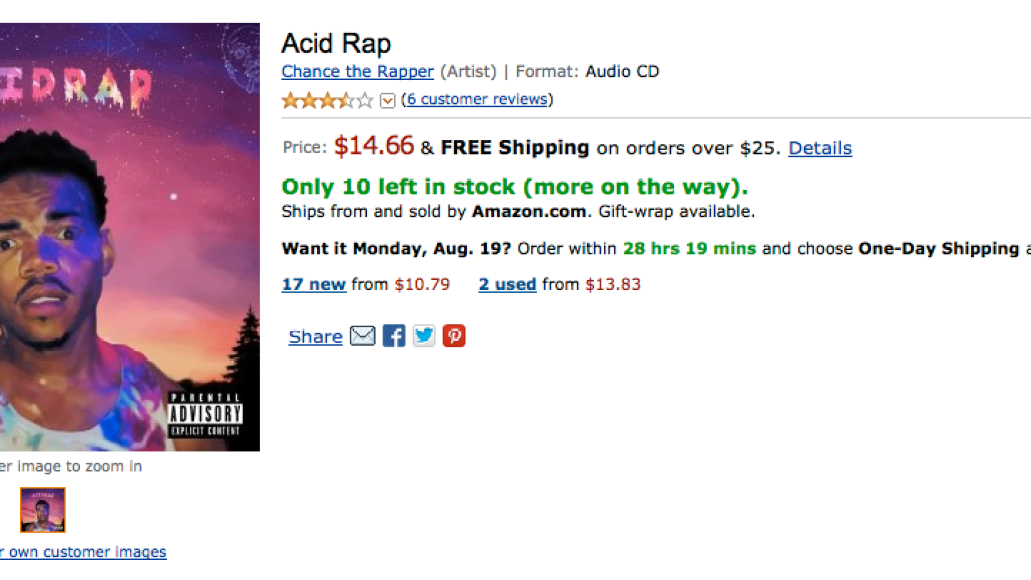 Chance the Rapper’s excellent mixtape Acid Rap was released for free on April 30th and remains available for download through his website. Yet, as Billboard points out, not only is the mixtape up for sale on Amazon.com, it’s sold enough copies to chart on Billboard’s Top R&B/Hip-Hop Albums chart.

What gives? A company called Mtc is credited on Amazon as the label responsible for the Acid Rap release. Representatives for Chance told Billboard they’ve never heard of the company. However, because the Chicago rapper is unsigned to a label, he doesn’t enjoy copyright protection from the RIAA, and thus he and his lawyers are on their own in “trying to stop” the illegal sale of the tape.

Chance and his team have already been successful in removing the album from iTunes; however, as per the screen shot above, Amazon continues to sell the mixtape as of press time.

Reached for comment, an employee of Mtc’s distributor, 1-Stop Distribution, confirmed to Billboard that it does, in fact, sell Acid Rap, but refused to comment on how it obtained rights to do so.

Chance the Rapper's Acid Rap, which was released for free, just charted