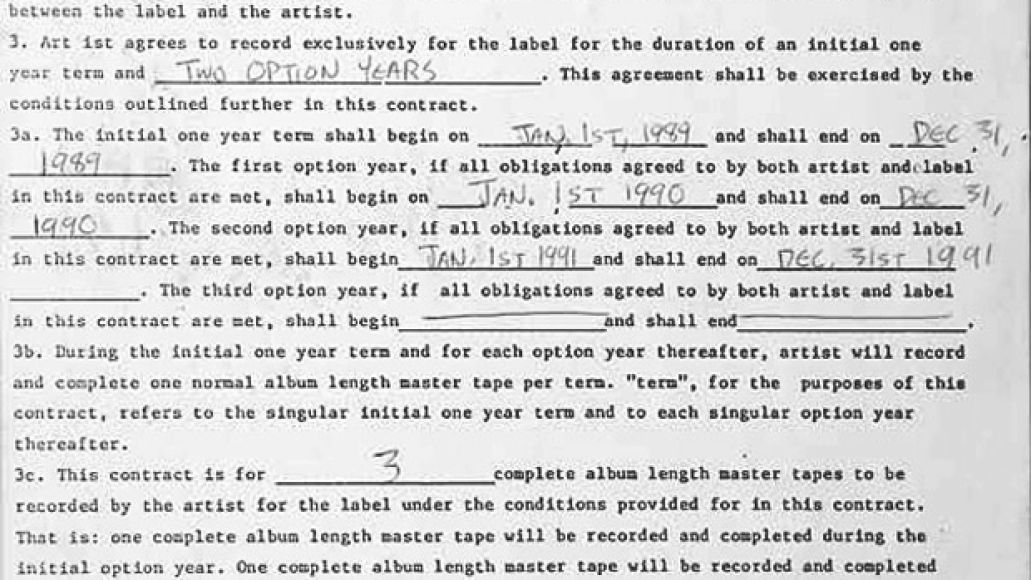 Relics from Nirvana’s past continue to surface in anticipation of the 20th anniversary reissue of In Utero. Yesterday, the director’s cut for the “Heart Shaped Box” video finally appeared online. Now, Sub Pop Records has shared its original contract with the band. It’s written out in pencil (?) to original members Kurt Cobain, Chad Channing, Jason Everman, and one Chris Novoselic (who later made “Krist” a household name). As Sub Pop noted, “Six hundred bucks well spent — not that we had it at the time.”

As previously reported, the reissue hits stores September 24th and will be available in various configurations including as 3CD/1DVD Super Deluxe set, which includes a full recording of the band’s “Live and Loud” concert at Seattle’s Pier 48 from December 13th 1993. The reissue will also be released as a 2-CD set and triple vinyl set, while the “Live and Loud” concert film will be available as a standalone DVD, as well.