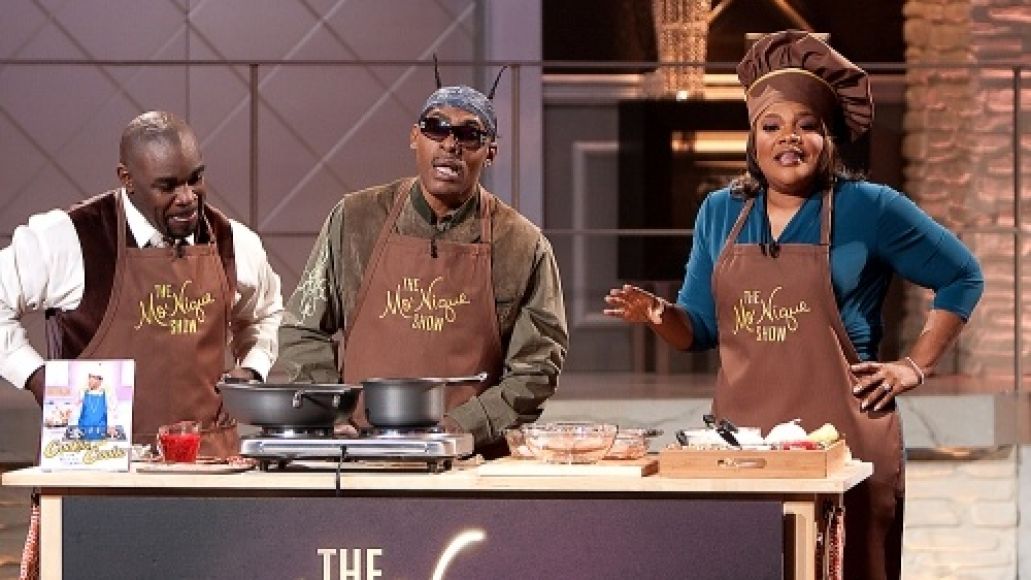 While I hadn’t thought of Coolio much since hearing “Gangsta’s Paradise” at a 2001 spring formal, the MC’s been busy. Not only has he steadily released albums and made time to appear on an episode of Wife Swap, he’s spent the last few years transitioning into life as a celebrity chef, complete with his own cookbook, Cookin’ With Coolio: 5 Star Meals at a 1 Star Price (recipes include “Drunk-Ass Chicken” and “Banana Ba-ba-ba-bread”). In fact, Coolio is so dedicated to his new-found craft, he’s selling the rights to his back catalog to fund a second cookbook and Web-based cooking show.

On August 28th, Coolio will hold an auction at the Royalty Exchange for 123 of his songs, including the chart-topping “Gangsta’s Paradise”, “Fantastic Voyage”, “C U When U Get There,” “1,2,3,4”, and, since no collection would be complete without it, the theme song to Kenan and Kel, “Aw Here it Goes”. According to auctioneers, the lot is expected to garner somewhere between $134,000 and $225,000.

While Coolio’s songs haven’t cracked the charts in over 15 years, The Guardian points out that his catalog generates a cumulative total of $23,227 per year in royalties. Not sure why Coolio doesn’t just use a percentage of that money to fund the cookbook, but perhaps the world can’t wait a second longer to learn about more goodies like “Mozzarella for the Pimpish Fella”.

“(Coolio) is an iconic artist”, said Royalty Exchange CEO Sean Price in a press release. “(This) auction is an exciting and rare opportunity for anyone looking for an alternative investment in music publishing and songwriter royalties.” Royalty Exchange is also auctioning material from country singer Travis Tritt and the Clement Collection, which features hits from Usher and TLC. How’s that for financial options?

Before making your bid, revisit some of Coolio’s classics below. And just so it’s clear: we here at CoS are willing to put in $1,100 for “Aw Here It Goes”. Don’t ask why, though.

Weezer Perform "All the Good Ones" on Fallon: Watch

Billie Eilish Performs "Your Power" Live for the First Time on Colbert: Watch

Coolio auctions off back catalog to fund cooking show