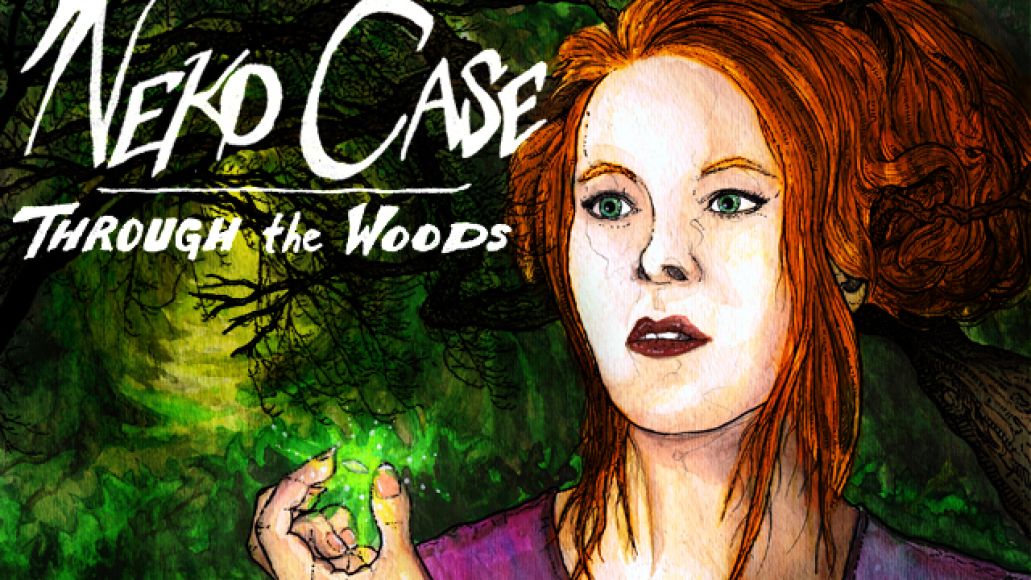 There are few places that Neko Case has ever called home. The singer lived a transient existence as a touring artist for more than 20 years, and along the way has crashed in hotels, surfed friend’s couches, and dwelled in tour vehicles. She’s also resided in Virginia, Washington, Illinois, British Columbia, and Arizona.

But Case, 42, always felt drawn to Lamoille County, a northeastern section of Vermont where she spent time as a child. Growing up, she admired the rolling farmlands, gazed upon the mountainous landscape, and connected with fellow Vermonters.

While the redheaded Americana artist never expected to be living again in the Green Mountain State, the singer-songwriter wasn’t entirely surprised that she returned five years ago.

Case purchased a 226-year-old farmhouse 90 minutes outside of Burlington, the state’s largest city. Her property has since been renovated with reused materials in an environmentally conscious fashion. Some of her friends say the house is haunted, but she doesn’t buy it. For the middle-aged animal lover — who currently lives with four dogs, four chickens, two cats, and one horse — it’s home.

“I feel a very familial connection to it; it feels very much mine,” Case says. “It’s the only place I ever felt like I fit in.”

Last June, Case announced her sixth studio album, The Worse Things Get, the Harder I Fight, the Harder I Fight, the More I Love You, with an 85-second album trailer. The short video offers a glimpse into her idyllic farm. Surrounded by nearly 100 acres of rolling fields and woodlands, her house has a warm and homey ambiance. It’s a carefully crafted space that boasts a retro kitchen with custom white tiles, a black upright piano that she salvaged from a nearby fraternity house, and a wooden dining area primarily made from recycled materials. 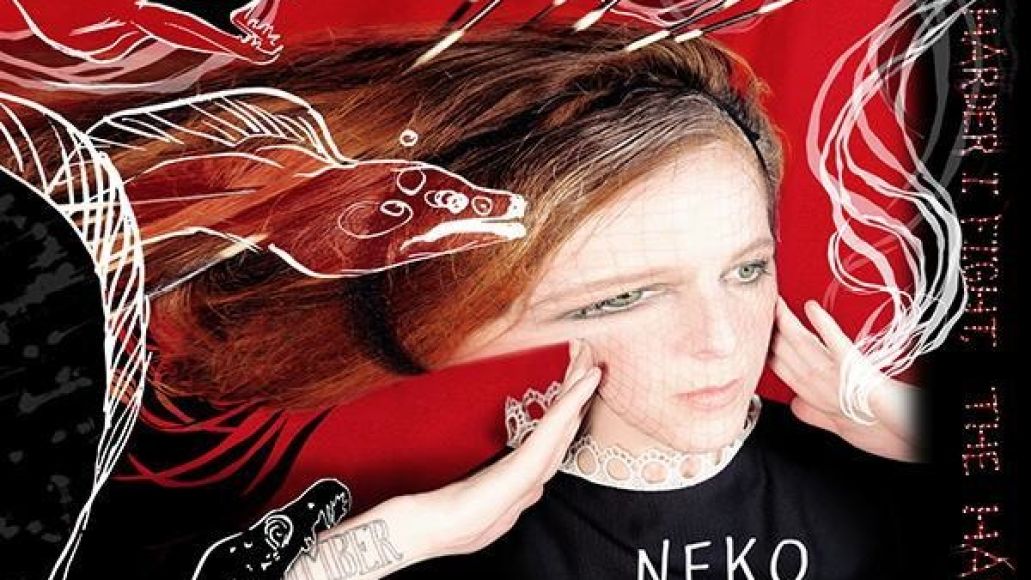 It’s also filled with an assortment of trinkets, matchbooks, and other knickknacks. A mounted deer head hangs on one yellow wall. Owl figurines, historic placards, and a collection of belt buckles, including a gold one bearing her last name, line the shelves.

“Her house is like a museum of items from her travels,” Kartemquin filmmaker Xan Aranda, who directed the trailer, says. “It’s full of things, but it doesn’t feel like a hoarder’s house. It’s very alive.”

Most of Case’s possessions are now in their right places, except for certain rooms with unpacked boxes and suitcases. Aranda says it’s difficult to tell if the songwriter’s remaining belongings are being packed or unpacked. Case’s arduous work schedule over the past five years adds to that confusion. She’s frustrated, and slightly anxious, about her lack of progress.

Case only returns home from the road for brief stints. Her time there is often spent tending to her animals, vegetables, and other parts of her homestead. She occasionally finds time to unpack, or even write new songs, but those moments are few and far between.

The album trailer excerpts “Where Did I Leave That Fire?”, a new introspective and ethereal song that largely sets the tone for her latest record. Since releasing 2009’s Middle Cyclone, her most successful record to date, the fiery, greying songwriter has weathered a particularly harrowing period of her life marked by loss, grief, and adulthood. While physically planting her roots during that period, she was forced to face personal demons and grapple with her own humanity.

Case’s struggle emerges though her latest collection in a more personal way than she’s ever accomplished before. That departure ultimately proved to be a bold move for a songwriter best known for penning fictional tales and conjuring vivid metaphors within her compositions. But this time around, she’s provided listeners with a rare glimpse into her personal world that, in many ways, exemplifies why she’s one of today’s finest songwriters. 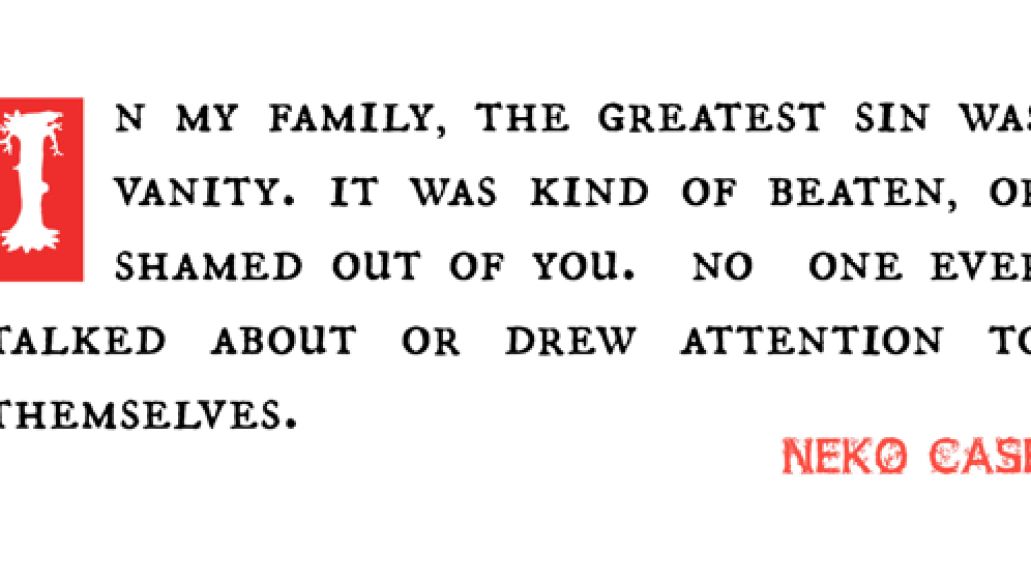 Neko Case was born in Alexandria, Va., on September 8, 1970. Before she came into this world, her mother and father were young and poor Ukrainians who had changed the family’s name from Shevchenko. They were unprepared for parenthood. “I should have been an abortion,” Case, in her typical candor, once explained. Only she wasn’t, due to her dad’s strong religious beliefs.

She was young when her parents divorced, and she split her childhood years between her dad, a United States Air Force veteran who was also a heavy drinker and drug user, and her relatively absent mom, who later remarried an archeologist and moved frequently to places including Massachusetts, Oregon, Vermont, and Washington. Case has said that her family grew up in poverty and was raised in environments that made her feel overwhelmingly unimportant.

“In my family, the greatest sin was vanity,” Case says. “It was kind of beaten, or shamed out of you. No one ever talked about or drew attention to themselves. I was totally torn down by the experience.”

Case soon turned into a reckless teenager. She failed to do household chores, regularly drank, and didn’t come home on some nights. When she was 15 years old, she moved out of her father’s Tacoma home and latched onto Washington’s burgeoning early-90s punk scene. She eventually obtained her G.E.D. and, at age 24, moved to Vancouver where she attended the Emily Carr Institute of Art and Design. 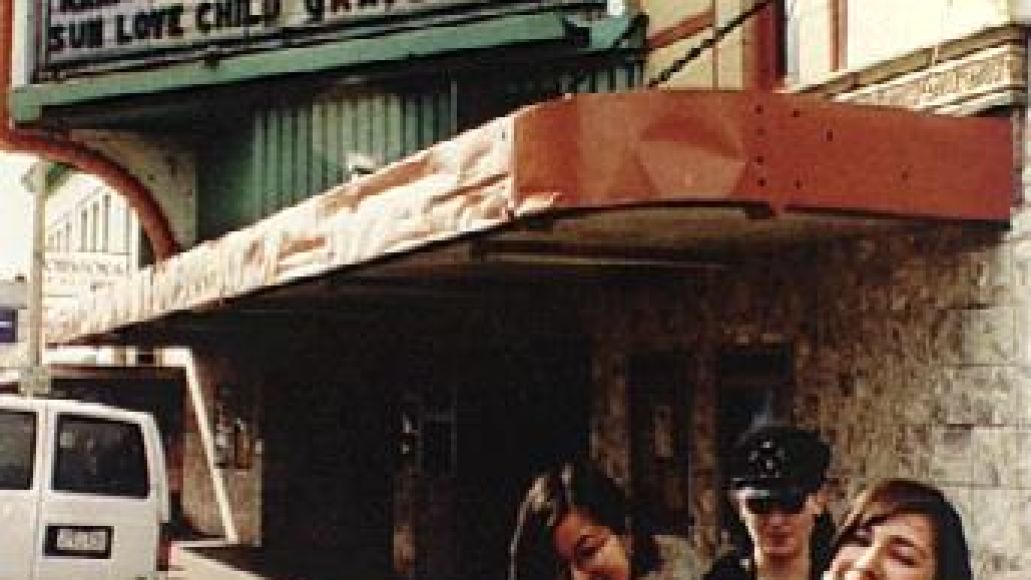 After moving north of the border, Case joined several Vancouver bands — including Del Logs, the Propanes, and the Weasels — as a drummer. But she couldn’t sing behind her kit. Mint Records owner Bill Baker, whose label put out Case’s earliest records, remembers meeting her when she filled in as a touring member for local pop-punk outfit Cub. He would drive the all-girl trio across Canada and the United States while managing their five-week North American tour. Together, they crammed into an unreliable Buick LeSabre, which was prone to its share of breakdowns, and traveled the continent.

”She was really rude, like a funny rude, and loved great jokes and had so much energy and enthusiasm — she was a firecracker,” Baker says. “One time, the alternator on the car broke down near the Ohio turnpike and we all had to sleep in the car in a mechanic’s parking lot…It was a group of strong personalities in that car. Everyone held their own.”

When one of Case’s bands, Maow, started recording a new album, she contributed vocals on several tracks. That caught Baker’s attention. “It was just kind of, ‘Wow, where did that voice come from?’” he recalls. “How had we never heard that before?”

Neko Case: Through the Woods