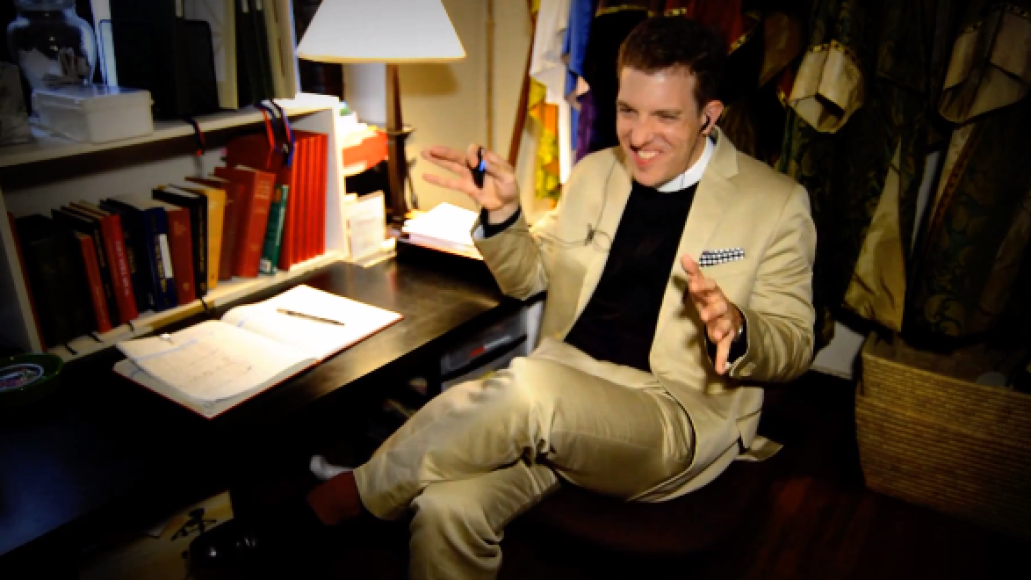 Already no stranger to controversy, Kanye West was faced with a groundswell of public outcry and media backlash nearing biblical proportions following the release of the Yeezus standout “I Am A God”. But where Christian rockers saw unrepentant blasphemy, an actual man of the cloth has stood up to support Yeezy’s ascension to godhood. Now Kanye just needs to deal with all those pissy French bakers and it’ll be all good in the hood.

Father Matthew Moretz is an associate rector of St. Bartholomew’s Episcopal Church in Manhattan, and each week he raps about Christian-centric songs/videos in his “Father Matthew Presents” series. With the passion and cool-dude attitude of a bible camp counselor who plays guitar, Moretz dissected the track’s biblical merits and why Kanye’s anything but a blasphemer.

As Moretz argues, Kanye’s godly assertion falls right in line with the Bible, which states in Psalm 82, “You are gods/And all of you are children of the Most High.” But amid his realization, he struggles with his vast wealth and fame and the knowledge of his elevated status and notoriety. And by doing so, Moretz concludes, Kanye is, in fact, tackling deeply spiritual subject matter and his own ever-changing relationship with God, which in turn just makes him a pretty darn good Christian. Booyah.

“It’s about power and prayer and idolatry,” Moretz adds of the song, which he described as “undulating” in a totally non-creepy way. “What would you do if someone said you were a god or an idol? ‘Here, have everything you want and let us worship you.’ Would you be able to resist? So go easy on Kanye.”

Even if religion makes you as uncomfortable as it does for this writer, it’s an intriguing and insightful analysis. Plus, Moretz reminds us of a nerdier Ed Helms, which makes listening to him that much easier.