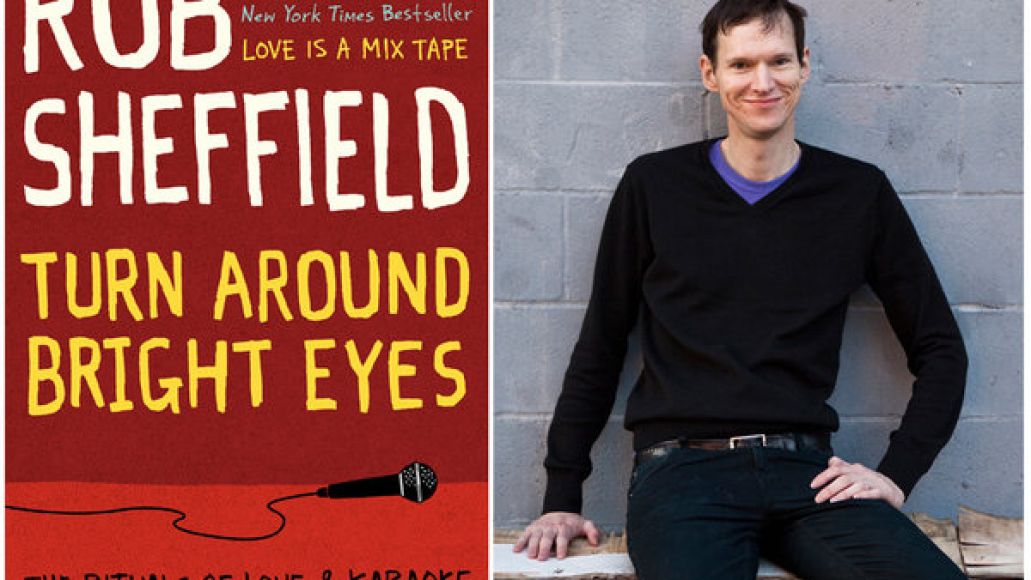 There is simply no other American ritual that rewards people for doing things they suck at doing. Yet we stick around, before and after our song, cheering each other’s flaws. –-Rob Sheffield

Turn Around Bright Eyes continues the narrative of Love Is a Mixtape, beginning with Sheffield as a young widower who moves to Manhattan’s Financial District just in time for September 2001. Somehow in the midst of both personal and public wreckage, Sheffield finds karaoke. The ritual of engaging with music in a new way led him to the center stage of a new decade, a new neighborhood, and a new marriage. Sheffield has spent his life worshiping rock gods and goddesses from a distance. Now his rock pantheon is jammed up with all his friends.

Sheffield takes the reader on singing escapades that happen around his Irish Catholic family’s piano, on sticky leather couches in the East Village, and at something called Rock and Roll Fantasy Camp. He recounts each song with the specificity of a music-obsessed Charles Darwin. But that’s only one of the ways he talks about music. When Sheffield describes what it’s like to sing Merle Haggard, he’s really talking about a language of respect. He understands Rod Stewart as a good omen for growing older (with a Rod grin, bien sur). When Sheffield writes about singing Frank Sinatra, he is conveying the dream of a future that he only could have discovered by stepping into the shoes of Ol’ Blue Eyes for “New York, New York”.

It is always fun to strut around in the metaphorical pumps of your favorite divas. Sheffield writes convincingly about this. But the uncanny thing this book does is make you want to wear your very own non-metaphorical shoes, grab your non-metaphorical audience, and sing your life. Join Consequence of Sound as we celebrate this book by getting a head start.

Karaoke and Covers: A Response to Rob Sheffield's Turn Around Bright Eyes