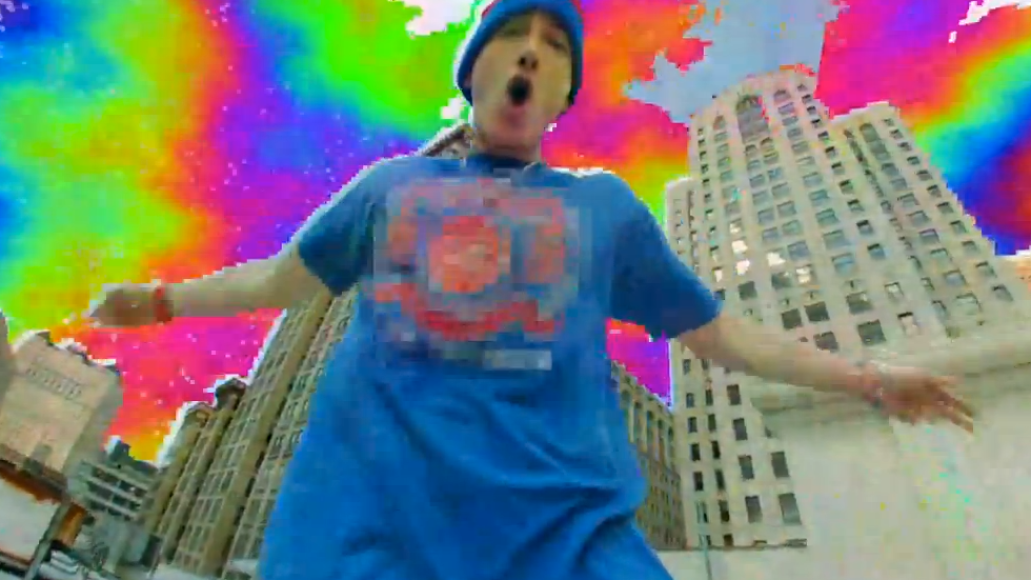 Eminem has shared “Berzerk”, the aptly-named new single off The Marshall Mathers LP 2, his upcoming eighth studio album and the sequel to his 2000 album The Marhsall Mathers LP. Sampling Billy Squier’s “The Stroke”, the song harkens back to Em’s early material when his tongue was pressed more firmly in his cheek, while also taking more than a few playful notes from Beastie Boys’ songbook.

“Berzerk” was premiered this evening on Eminem’s Sirius/XM radio station Shade 45; listen to the studio version below (via RapRadar). It will be available to purchase digitally beginning Midnight Tuesday.

Below, listen to Eminem’s other new single, “Survival”.