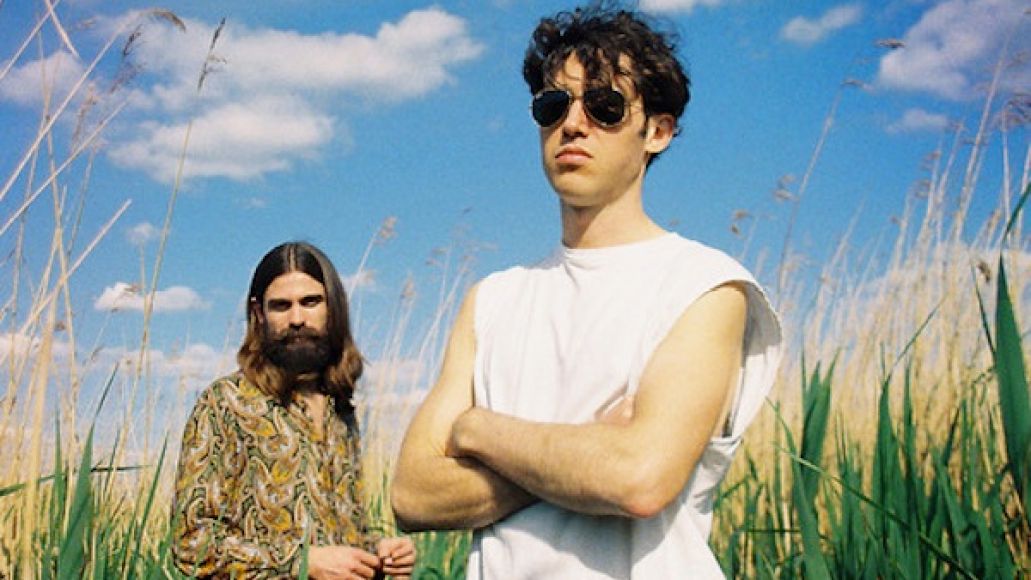 After busking in train carriages for years, London duo Fé have hit the studio with producer Luke Smith (Foals, Depeche Mode) and polished off their debut single titled “Time”. On the surface, it reads as a pleasant indie-pop number, abound with rolling rhythms and sunny fanfare. But, peel back its shiny sheen and a more intricate patchwork of arrangements reveals itself: feathery vocals flutter over reverberating string instruments, while plucky guitars dance alongside a pouncing piano. The song delivers the refined, resplendent pop sound, but with such a smart and far more advanced formula. If this is a preview of what’s to come from Fé — who play their first ever show next month — then we’re surely in for a treat.