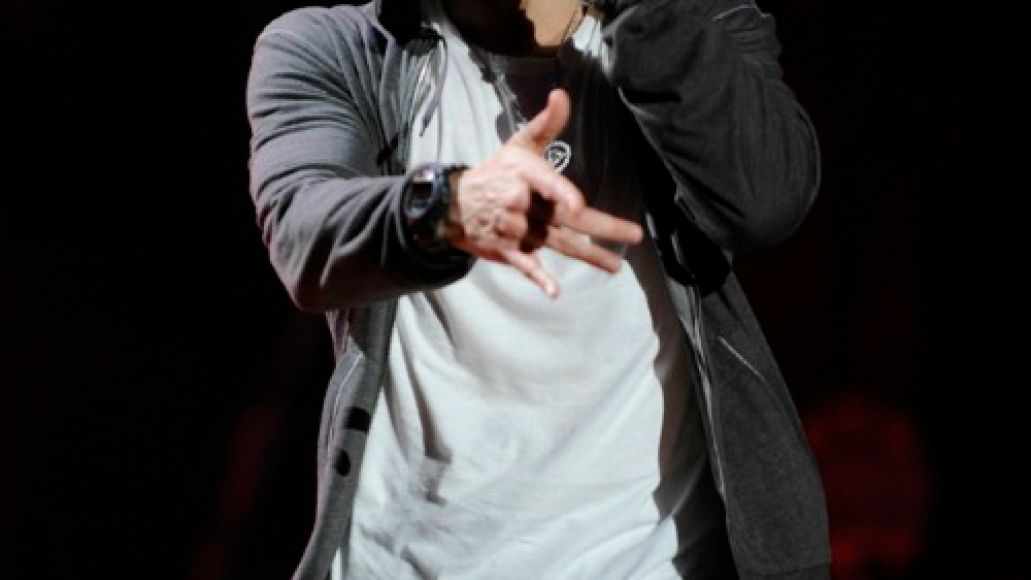 Guess who’s back? Shady’s back.

Today, Eminem debuted a new single entitled “Survival” in the trailer for Call of Duty: Ghosts. “Wasn’t ready to be a millionaire, I was ill-prepared. I was prepared to be ill though, the skill was there,” a reinvigorated Marshall Mathers raps over a gritty, ominous rock and roll beat. “I’m back again with another anthem… it doesn’t have to end, it ain’t over till I say it’s over. Enough when I say enough.”

The song features Liz Rodriguez on the hook and was produced by DJ Khali.

Update: Listen to the official stream for the full version of the song below.

Update: According to reports, it was announced during today’s Call of Duty reveal that Eminem will release his eighth studio album in the autumn.

Here’s “Survival” as featured in the Call of Duty trailer:

In the meantime, he’ll be on tour in Europe through the remainder of the month.