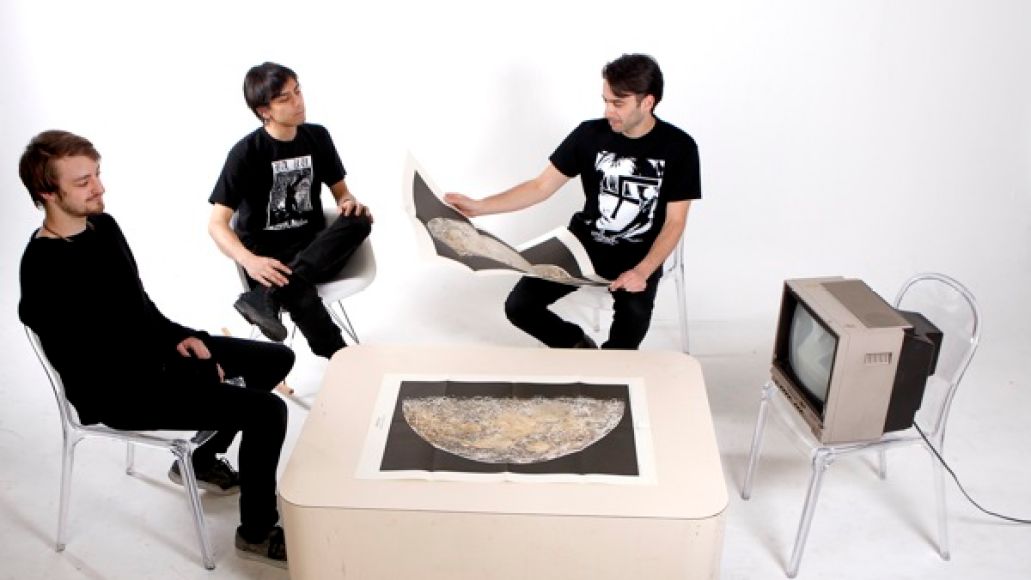 Like many kids their age, high school buddies Damon Hardjowirogo and George Stroud spent a lot of time with video game systems. Unlike many kids their age, however, the pair wasn’t playing the games as often as they were tearing them apart and putting them back together as instruments. They formed Starscream in 2007 and set out making low-bit chiptune songs that did more to channel At the Drive-In than I Fight Dragons. After picking up guitarist/producer Nathan Ritholz four years later, legal disputes forced them to change their name, and Starscream was retired at a May 2012 show at Brooklyn’s Shea Stadium.

But the band wasn’t ending, just transforming into Infinity Shred. Really, when Ritholz came on, the band had already shifted into something new. The new member fostered new collaborative energies to the group, and the differing sounds and skills that Ritholz brought with him, by their very nature, caused the focus of the band to expand. Now, they’ve settled into life as Infinity Shred, and are ready to release their debut LP, Sanctuary, on September 10th via Paracadute.

They’ve served up the title track of the new record by means of introduction to their new existence. Right away the 8-bit sounds start buzzing through the wash of synthesized noise, but with the subtlety that comes with six years working with the medium. When the drums and guitars come crashing in like a Phil Collins number, and the song starts to chase Explosion in the Sky’s spiraling post-rock, it’s clear these gents aren’t just messing around with nostalgic tones from their youth. They’ve discovered the limitations of chip-based music, and now their exploring ways to burst through those barriers in ways that could be, rare as it is these days, truly original.