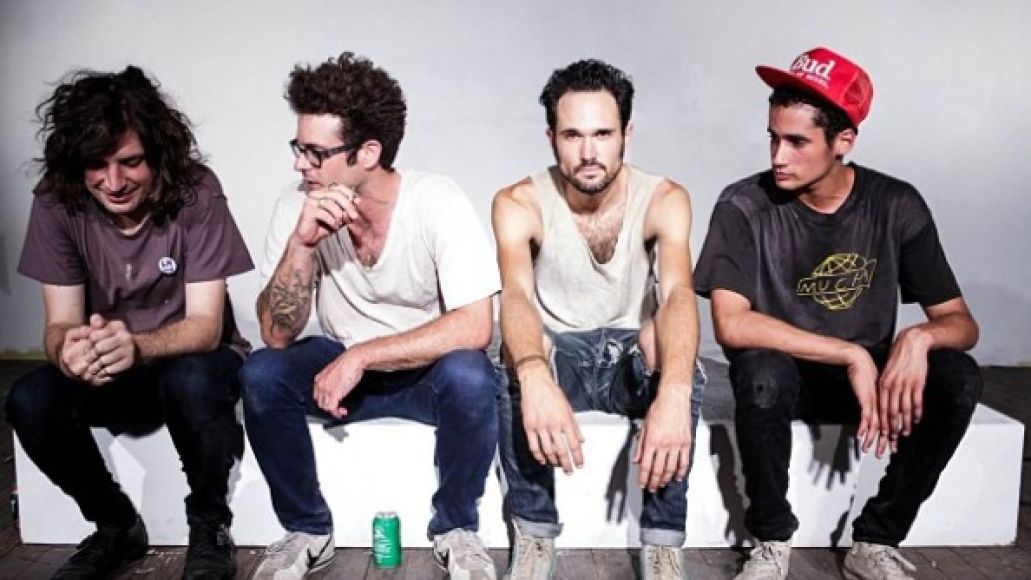 Nowadays, ’90s nostalgia has permeated our very culture. From the return of jean shorts and graphic tees to the syndication Spongebob Squarepants and King of the Hill, our shared memories run so deep its reached meme proportions. But as Brooklyn garage-punk outfit Weird Womb admit, they don’t share their peers’ fondness for the foregone era of Crystal Pepsi and Furbies.

Originally hailing from Tucson, AZ (known exclusively for the U of A and Nicos’ super fries), the childhood friends moved to NYC last year and began writing and recording with a shared interest in Richard Hell and the Voidoids and the Replacements. Building on their outsider origins and love of snarky rock, the foursome plan to shred every last stitch of faux sentimentality with their latest 7″, Ruined By The 90s, due out August 22nd.

“I’d always find it hilarious when someone would claim that they had been listening to the Sex Pistols and Ramones since elementary school,” frontman Dakota Pollock told CMJ. “But when you see a picture of them as a teenager, they’re using L.A. Looks to spike bleached tips through a Hurley visor and making sure the puka shell necklace showed nicely on some shirt from Pacific Sunwear. (Ruined) is an acceptance that we were thrust into a shitty decade and that we were all left with somewhat embarrassing pasts.”

The band fired the opening salvo with lead single “Pale Piss”, but amp up their anti-nostalgic campaign with “Another Misspent Youth”. On the surface, the explosion of fuzz-laden guitars and crashing drums is a straight-forward blend of early ’90s Rancid and bits of grunge. But the satire comes just under the veneer of angsty dissonance, with Pollock’s irony-caked vocals encapsulating an entire generation’s cultural flippancy with lines like “I have too many habits/ They all belong to another.” With “Another Misspent Youth”, the dream of the ’90s dies in a fiery, fiery wreck. R.I.P., dudes.