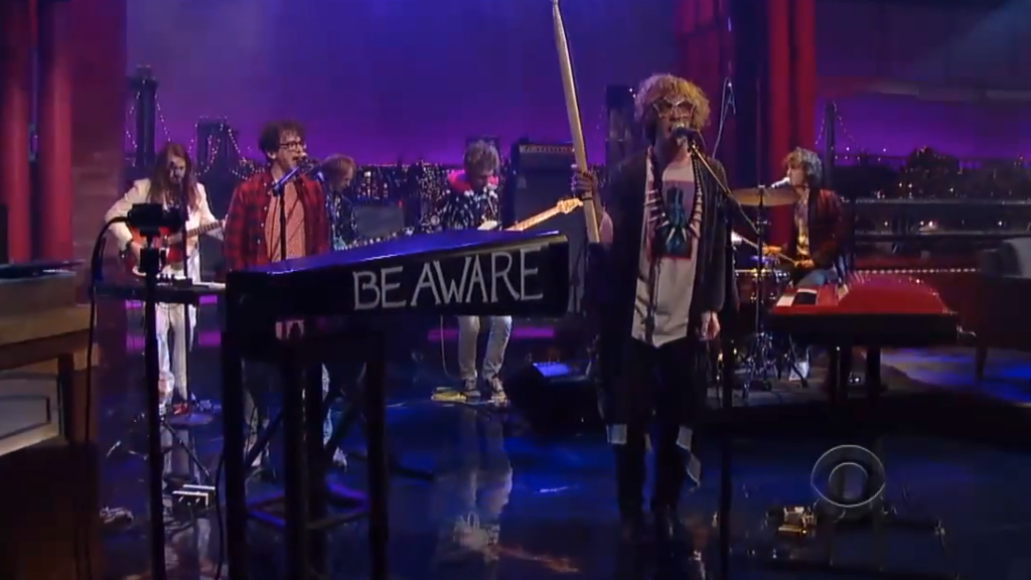 MGMT performed their new single “Your Life Is A Lie” on Late Show with David Letterman last night. It was terrible.

Now this is not some slamming indictment on the band’s sonic evolution; if you were a fan of the 2008 version of MGMT, you made the decision long ago to either stick it out with Andrew Van Wyngarden and Ben Goldwasser or jump ship. Hell, enough members of our staff liked “Your Life Is A Lie” to name it to our Top Mp3s of the Week earlier this month.

We more so have a problem with last night’s “performance;” thousands of bands would kill for such a spotlight in the weeks leading up to their new album’s release. What’d MGMT do? For three minutes, Wyngarden banged repeatedly on an oversized, novelty cowbell while his bandmates battled to see who could look most disinterested.

We weren’t the only ones who noticed by the way: 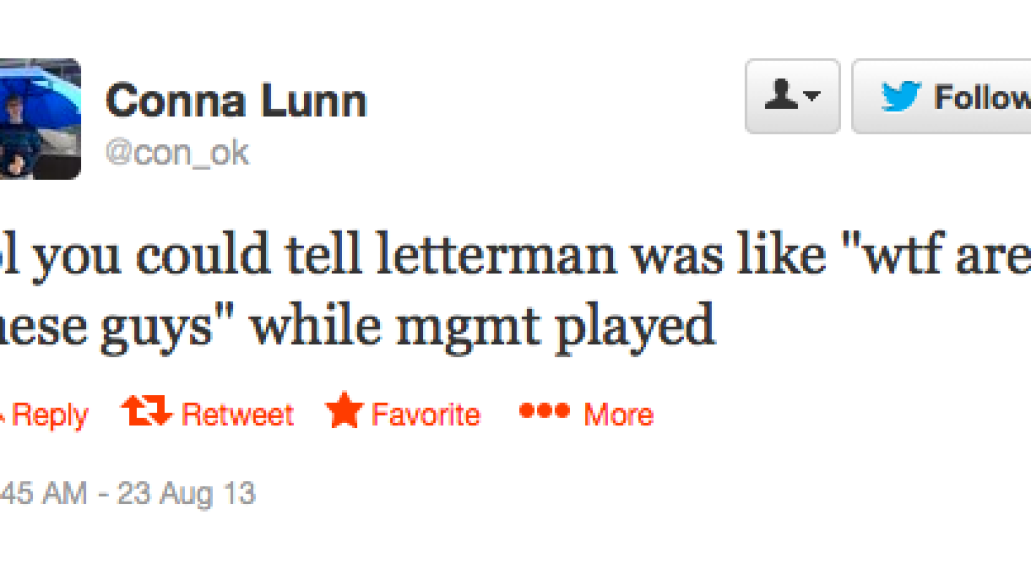 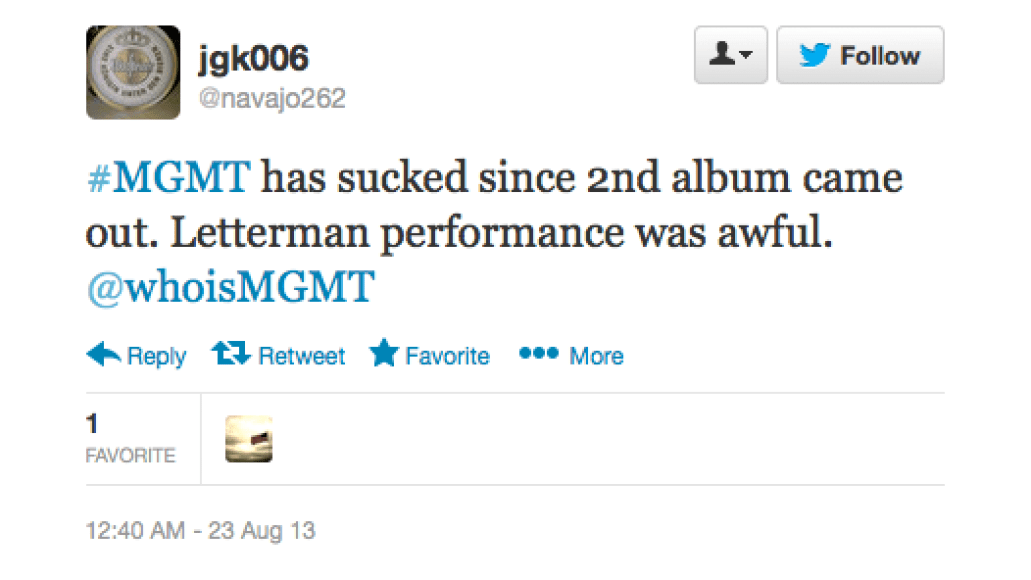 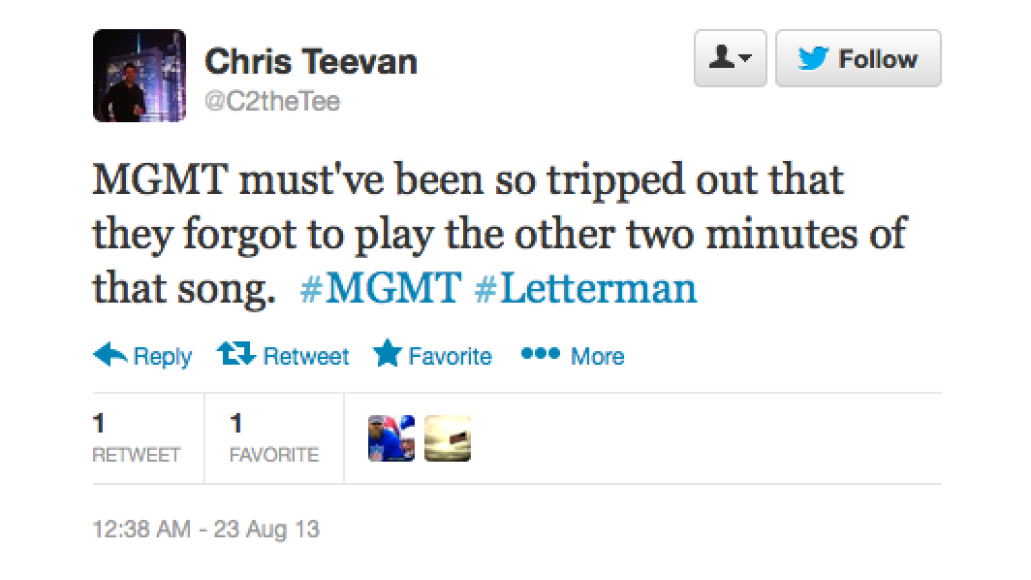 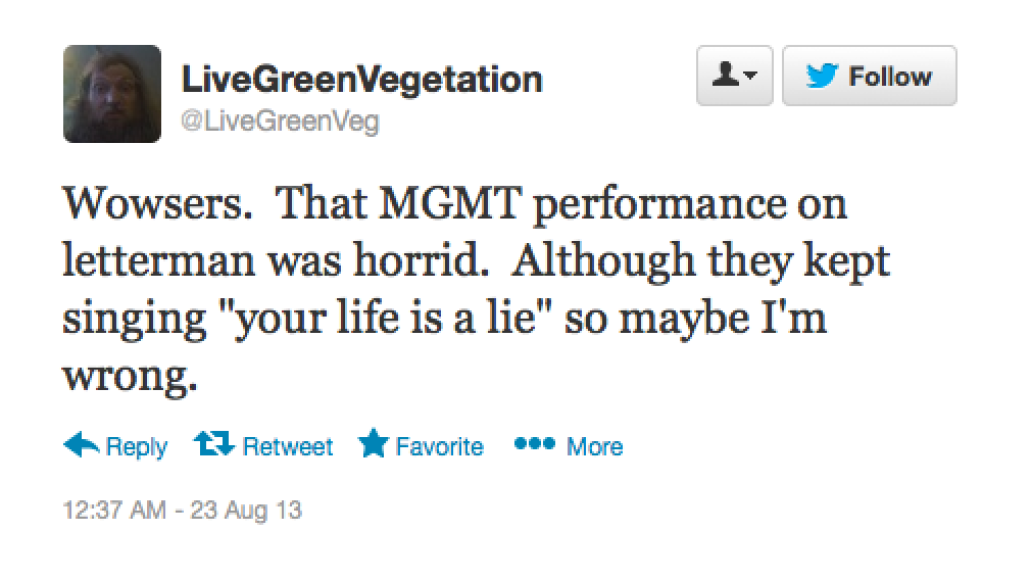 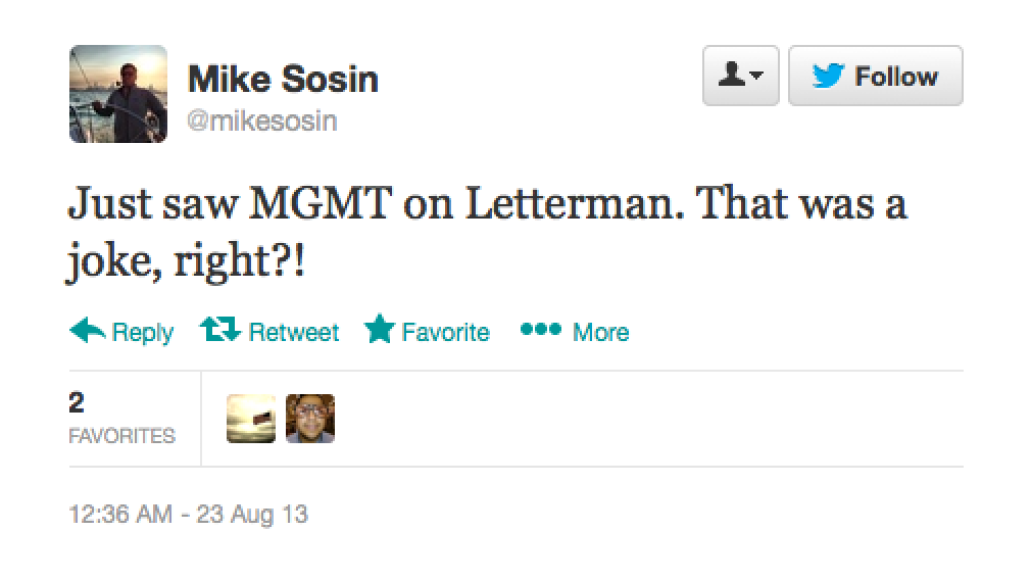 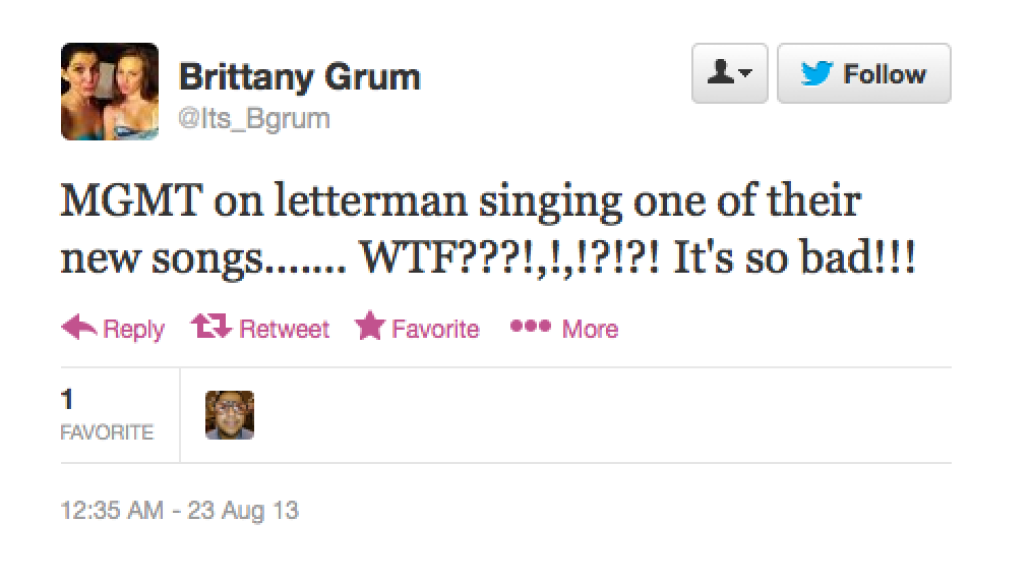 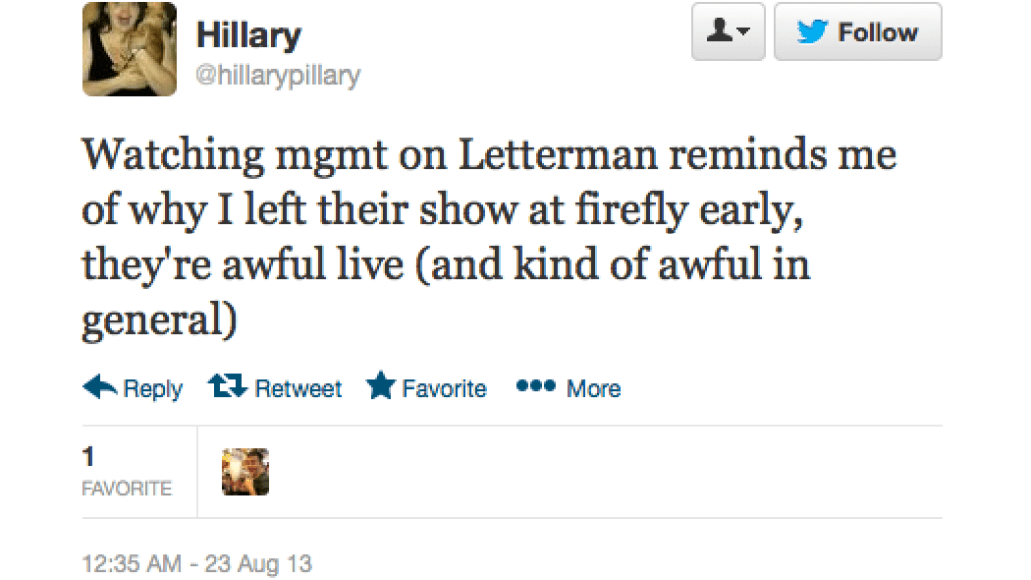 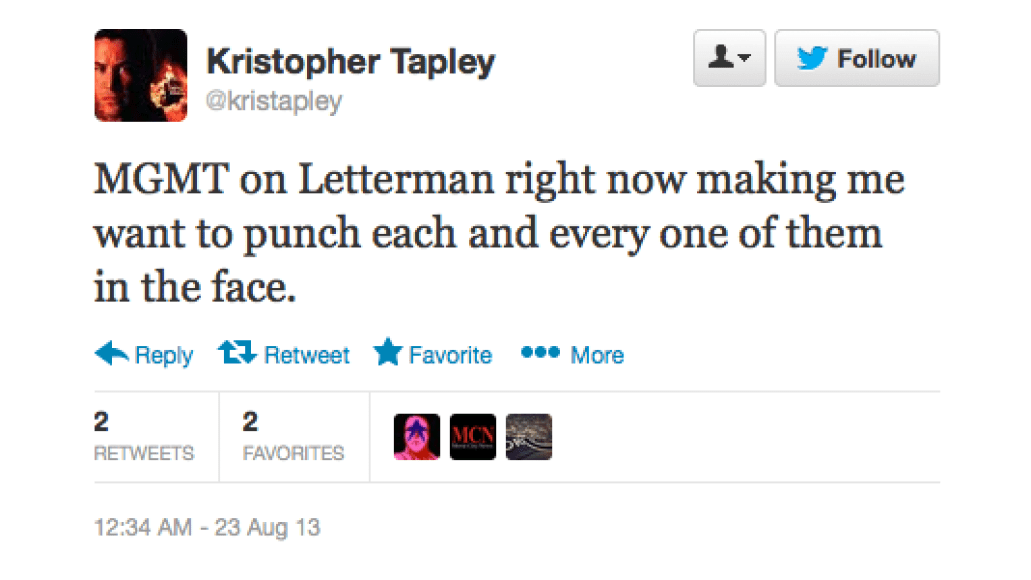 Thanks for playing, MGMT.

Nation of Language Perform "Across That Fine Line" on Colbert: Watch

MGMT performed on Letterman. It was terrible.